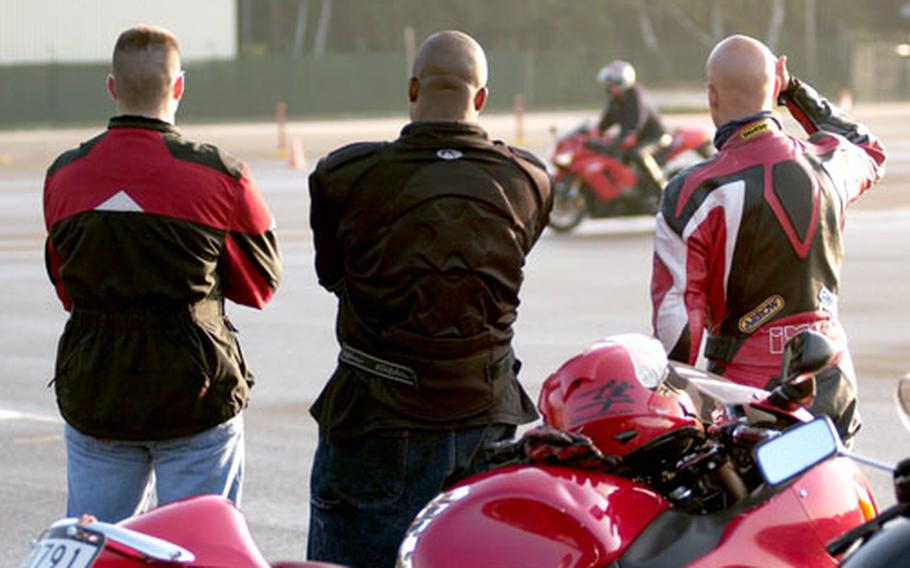 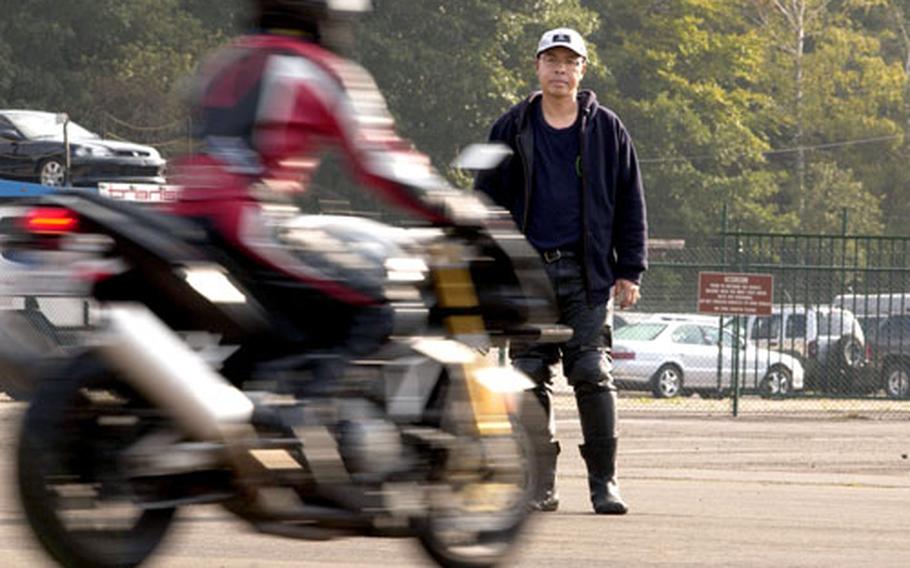 If you want to know why motorcycle safety commercials are now getting aired on American Forces Network TV more than the &#8220;Doc&#8221; Foglesong commercials did in their heyday, consider:

Motorcycle fatalities have roughly doubled Armywide since fiscal year 2004 (See related graphic).Seven soldiers have died in motorcycle accidents in Europe in the past two years.Armywide, 14 soldiers died in motorcycle wrecks during a 45-day span this spring.Statistics show the fatalities are not just young soldiers with little riding experience who bought &#8220;crotch rockets&#8221; upon returning from downrange. Older soldiers are suffering the same fate: Of the 14 soldiers killed on motorcycles from April 1 to May 15, nine were 25 or older. Seven of the 14 soldiers were between the ranks of sergeant and first sergeant.

And while privately owned vehicle accident numbers are going down, motorcycle accidents are increasing among the 33,000-plus motorcycles registered on Army installations.

In some accidents, the rider wore all the proper gear and was not at fault but still died.

To combat the rise in motorcycle accidents, Army safety initiatives have been brought about or re-emphasized with the goal of improving motorcycle skills and saving lives.

In March, U.S. Army Europe commander Gen. David McKiernan directed commanders in USAREUR to implement and enforce a motorcycle safety campaign. At least one command &#8212; Kaiserslautern&#8217;s 21st Theater Support Command &#8212; now requires soldiers to wear reflective vests when riding and to take the Motorcycle Safety Foundation course once a year, instead of the standard requirement of once every three years. V Corps requires riders who have been deployed for nine months or longer to take the Motorcycle Safety Foundation course.

And a proposal has been sent by the 21st Theater Support Command safety office to the USAREUR safety office to consider instituting a graduated motorcycle license that would link riding experience with the size of bike you could ride.

With the &#8220;Deep Thoughts&#8221; ad campaign, witty commercials from the V Corps safety office have flooded the AFN TV airwaves, hopefully getting troops to think and talk about safety.

On Dec. 28, 2005, Army Chief of Staff Gen. Peter Schoomaker endorsed in writing the concept of the Motorcycle Mentorship Program.

&#8220;Commanders need to look out for their motorcycle riders,&#8221; he wrote in a statement then. &#8220;Make sure your soldiers are trained to ride smart. Actively seek out those who have or are considering purchasing bikes to make sure they take the safety courses and encourage them to join these clubs.&#8221;

The goal of the Motorcycle Mentorship Program is to pair more experience riders with less experienced riders. The two target groups are the 18- to 25-year-old soldiers and the older riders, said Army Master Sgt. Max Goelling, who gave a presentation at a recent motorcycle mentorship day in Heidelberg, Germany.

&#8220;When I say older, I mean 40-plus folks who are in the military and now have the economic means and may not have ridden at all or perhaps may have only ridden when they were teenagers or very young,&#8221; he said. &#8220;Now they go and want the larger motorcycle, the more dressed motorcycle &#8212; again, higher cost &#8212; and then they begin to ride. Between the two groups is what we&#8217;ve traditionally seen as having the problems.&#8221;

As most riders prepare to store their bikes for the winter, Smith wants folks to keep in mind that their riding skills will have diminished by the time they to roll their bikes out of the garage next spring. Smith is aiming to have the first Heidelberg motorcycle mentorship day of 2007 in late March if the weather is nice.