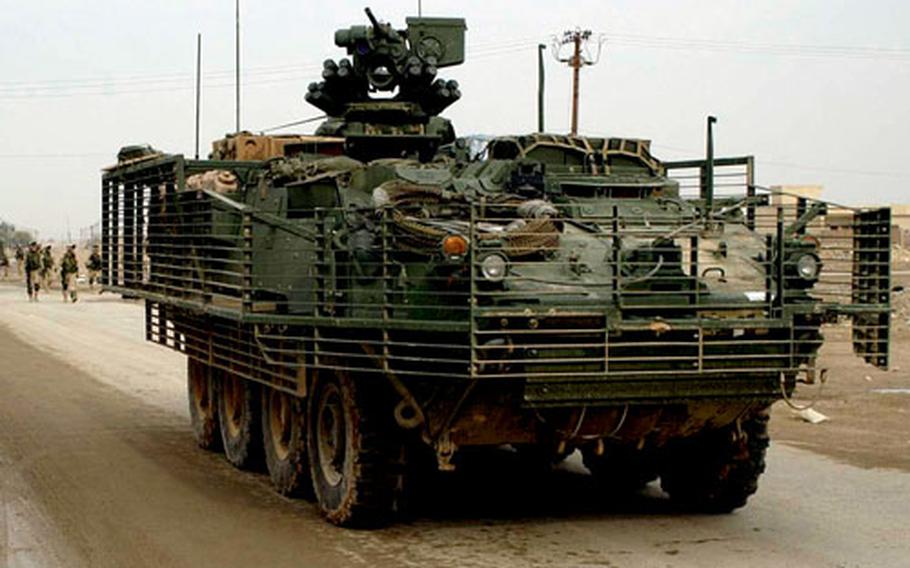 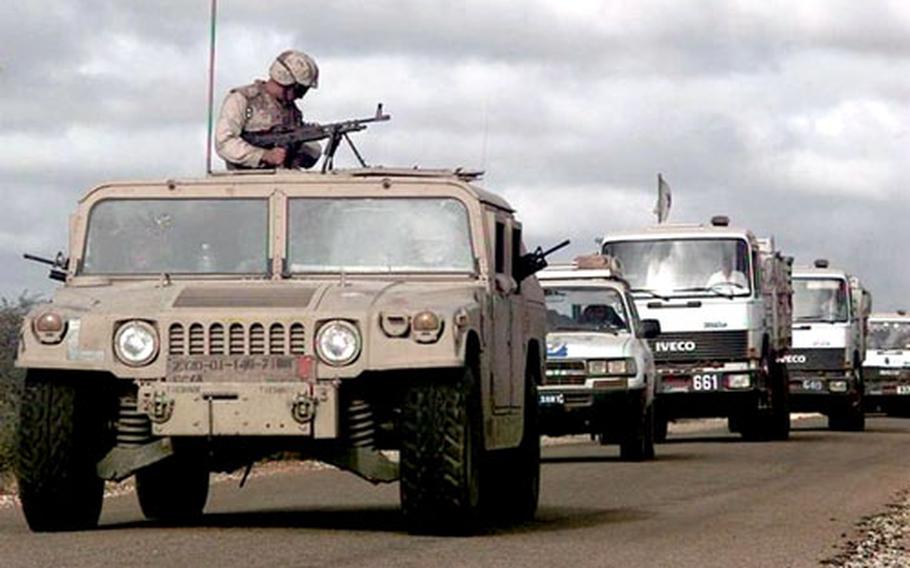 ARLINGTON, Va. &#8212; The Army largely will stand fast while Defense Department reviews take place in 2005, but one area they will attack is force protection.

However, the Army is not planning to buy any additional tanks in fiscal 2006, although $443 million has been set aside to buy 399 new engines for the M1 Abrams tank.

Many more weapons and vehicles will be purchased with supplemental funds, including more armored Humvees and kits to add armor to vehicles already in Iraq and Afghanistan.

Although basically flat at $11.8 billion compared with $10.4 billion in 2005, the Army&#8217;s procurement budget request includes program increases for several programs, with an emphasis on &#8220;force protection systems,&#8221; the official said.

That means the service plans to buy more radios, small arms and crew-served weapons to outfit combat support units, which in the past typically have been short of these assets.

The Army also has asked for $1.7 billion to buy training and reserve ammunition, with an emphasis on rounds for the M-4 and M-16 rifles and M-9 pistols carried by the entire force.

The Army is the only service whose fiscal 2006 budget line is flat compared with 2005, but it doesn&#8217;t matter, officials said: the Army will get &#8220;the lion&#8217;s share&#8221; of a $75 billion supplemental request for Iraq and Afghanistan that the Bush administration expects to seek from Congress later this week.

Army officials said they are not permitted to discuss the supplemental in detail until the Defense Department releases the entire request.

The new budget request includes a 3.1 percent, across-the- board raise for active-duty soldiers, which will cost taxpayers $696 million per year, as well as a 2.3 percent raise for Army civilians.

In the past, the Army has asked for raises calculated on rank and time in service. In 2006, however, &#8220;the sensing is that we have relieved a lot of the [inequalities] in the pay tables, so there&#8217;s no need for targeted pay raises,&#8221; the official said.

The basic allowance for housing, meanwhile, will go up by 4 percent, to accommodate cost of living increases. The Army eliminated out-of-pocket housing costs in fiscal 2005, and the 2006 request will continue that policy.

Other personnel programs, such as health care, education and other quality of life efforts, will be funded at their 2005 levels.

None of the funding for personnel programs will be cut.