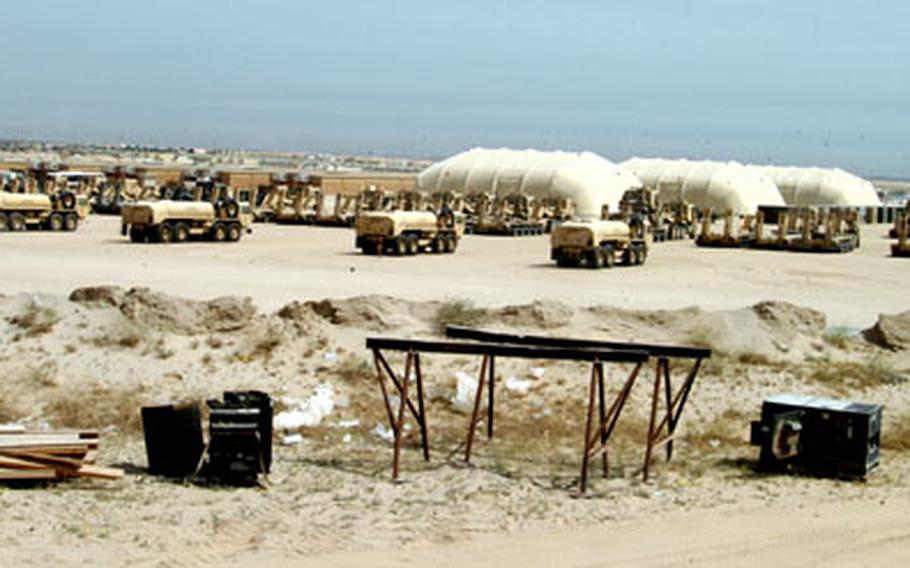 When Camp Doha closes, the Army will move most of the base’s facilities to Camp Arifjan, about an hour’s drive away. Camp Arifjan is growing, and workers are building permanent and semipermanent structures to house transitioning troops. (Sandra Jontz / S&S)

When Camp Doha closes, the Army will move most of the base’s facilities to Camp Arifjan, about an hour’s drive away. Camp Arifjan is growing, and workers are building permanent and semipermanent structures to house transitioning troops. (Sandra Jontz / S&S) 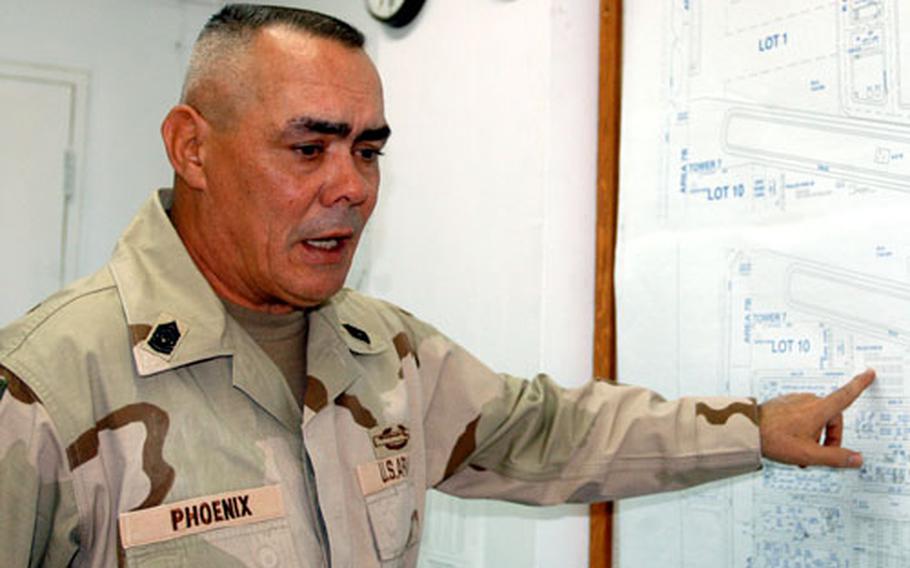 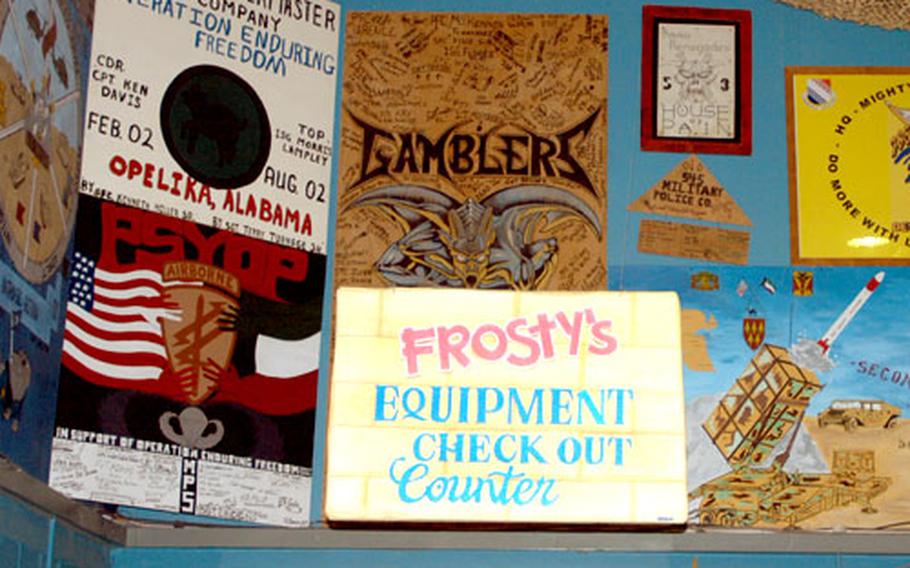 The closing of Camp Doha, Kuwait, also marks the end of the popular Frosty’s hangout, where countless troops gathered to relax, eat and socialize during the camp’s 14-year existence. Over the years, troops left their mark with posters and signs that officials plan to relocate to the new Frosty’s II facility at Camp Arifjan. (Sandra Jontz / S&S)

CAMP DOHA, Kuwait &#8212; The U.S. military base in Kuwait that has served as a staging ground for thousands of troops for two wars in Iraq is closing for good in the coming months, Army officials said.

Camp Doha is too close to the metropolis of Kuwait City, and military activities disturb Kuwaitis&#8217; daily routines, which in turn hampers U.S. movement of forces and equipment, officials said.

The roughly 3,000 to 5,000 stationed troops at Doha will move primarily to Camp Buehring in the north and Camp Arifjan in the south, Smith said. The U.S. military has between 15,000 and 20,000 troops at 10 installations throughout Kuwait.

Camp Arifjan, about an hour&#8217;s drive from Camp Doha, now serves as the main staging ground for all coalition forces involved in Operation Iraqi Freedom. Troops will arrive in and depart from the region via Ali Al Salem Air Base nearby. When built two years ago, the U.S. military envisioned Camp Arifjan as a permanent base, Smith said.

Even if the country were not at war, the United States wants to keep bases in U.S.-friendly Kuwait as training sites, giving troops an opportunity to drill in the harsh heat and dusty environment that mirror battlegrounds in the region, said Sgt. Maj. Michael Phoenix, Camp Doha&#8217;s command sergeant major.

By August, most of the southern half of Camp Doha will be closed, and the largely logistical functions there will move to Camp Buehring, Camp Virginia and Camp Arifjan. The Army has set February as the target month to completely vacate the site, Doll said.

Camp Doha&#8217;s AAFES exchange, which soldiers there dubbed the best in Kuwait, will hold its &#8220;fire sale&#8221; over Memorial Day weekend, and will close by the end of June, Phoenix said.

Camp Doha&#8217;s loss is Camp Arifjan&#8217;s gain. The base continues to add permanent and semipermanent structures to join its already sprawling compound of barracks, gym, community center, Morale Welfare and Recreational facilities, chow halls and even a swimming pool.

Over the next months at Camp Doha, Army officials will dismantle semipermanent buildings and tents, perform environmental assessments and necessary cleanups, and meet with Kuwaiti officials to determine what needs to stay or go, Doll said.

Never again will it be home to the huge flows of troops, either deploying into Iraq, or on their way out and homebound.