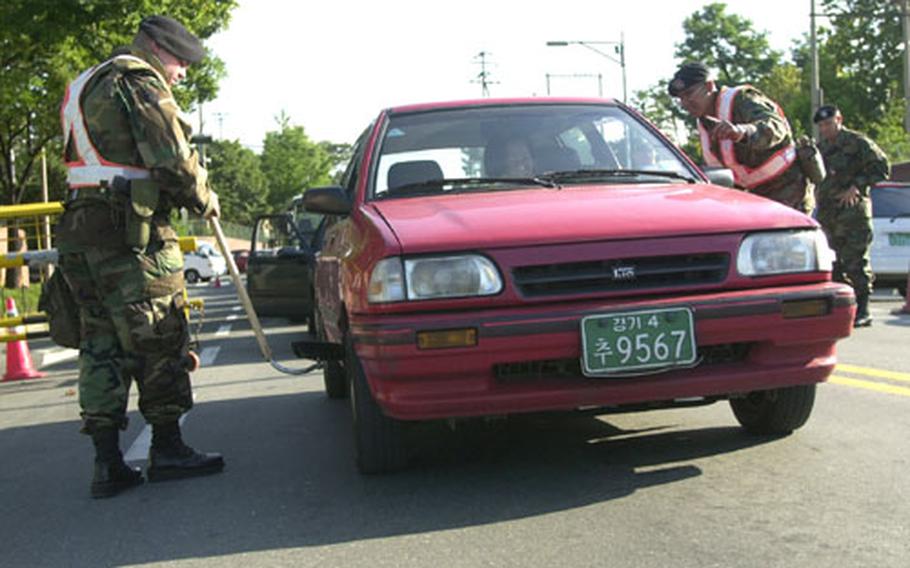 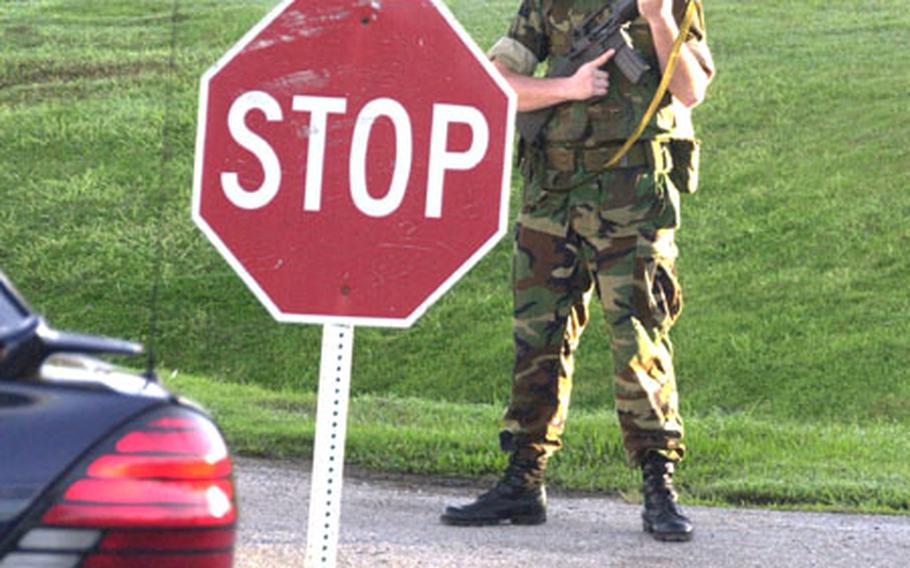 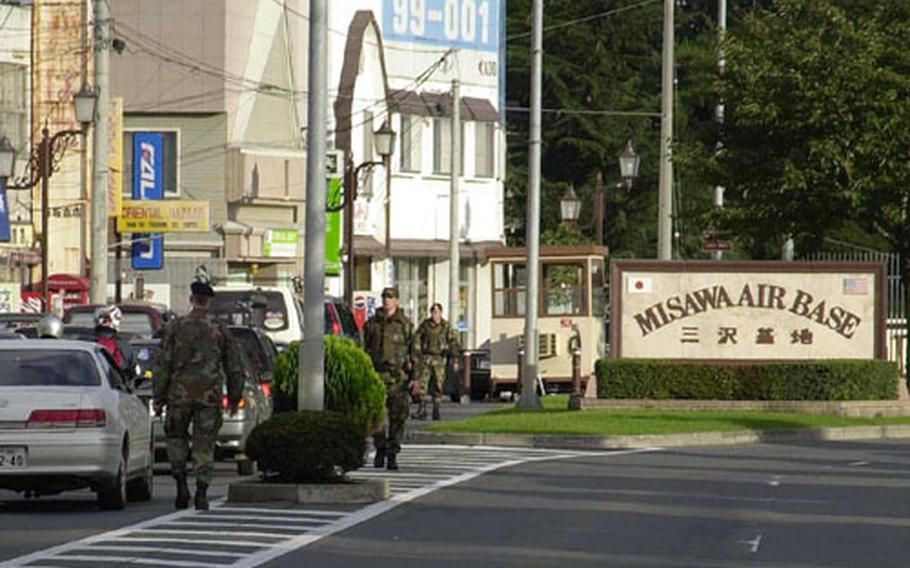 Installation Management Agency leaders in Washington say more than half the $2 billion figure can be attributed to needs created by the &#8220;global war on terrorism.&#8221; But they acknowledge the agency is facing belt-tightening of enormous proportions: The annual IMA budget is $8 billion in total.

&#8220;This budget shortfall is not the result of IMA being inefficient or bureaucratic,&#8221; Lt. Col. Eugene Pawlik, IMA spokesman in Arlington, Va., said Thursday, confirming the figures. &#8220;It is the result of IMA and the entire Army doing what it has been called upon to do: support a war on terrorism, support the Army&#8217;s transformation and take care of the Army&#8217;s people.&#8221;

An internal memorandum dated May 12 and issued to garrison commanders by Maj. Gen. Anders Aadland, IMA director, put it in even starker terms.

According to the documents, major program cuts in 13 program areas now are in effect. Among them:

&#8226; Release all temporary employees no later than June 1.

&#8226; Provide &#8220;only those services essential to support an Army at war or critical to life support of supported population.&#8221;

IMA officials say the cuts are aimed internally first, in an effort to reduce the impact on base residents and services. But some will be visible.

While maintaining &#8220;adequate security personnel&#8221; and meeting required force-protection conditions, Pawlik said, &#8220;technology-based force-protection enhancements will have to be deferred and some gates may have to be closed or experience reduced operating hours. This guidance does not imply a need to take additional risk in maintaining security at our installations.&#8221;

In terms of environmental policies, an original order to &#8220;take additional risk in environmental programs&#8221; has been changed to &#8220;take only reasonable risks that will not cause adverse impacts to human health and the environment, or result in failure to comply with legal requirements or regulatory agreements,&#8221; Pawlik said.

On Thursday, base officials in South Korea and Japan said they already were working to implement the budget cuts dictated by IMA headquarters in Washington.

While it&#8217;s too soon to tell precisely what impacts the cuts will have on daily base operations, they said, some of the edicts will be appealed in the hopes of continuing specific programs.

Overseas student summer hire programs, for instance, are important because students here do not have the off-post employment opportunities available in the States. And environmentally, status of forces agreement provisions have strict guidelines that cannot be loosened.

The cuts outlined in the memo were targeted because &#8220;they can be done quickly, are within IMA&#8217;s control and represent immediate cost savings,&#8221; Pawlik said.

&#8220;The impact of these actions should be fairly transparent to people outside of IMA, but will be felt within IMA due to work-force reductions and career-development limitations,&#8221; Pawlik said. &#8220;It is critically important for IMA leaders to communicate the message that these are extraordinary times for the entire Army and DOD, and that as soon as the budget is available to support lifting these actions, they will be lifted.&#8221;

According to Pawlik, the overall shortfall is divided into two categories: $899 million in &#8220;installation operations and executive agent programs,&#8221; and $1.25 billion caused by operational needs in support of the &#8220;global war on terrorism,&#8221; or GWOT.

&#8220;Other GWOT-related costs include garrison mobilization and demobilization support; contract security guards at many installations to reduce the demand for soldiers; and facility improvements to support soldiers in medical-hold status who are awaiting a return to their units or release from active duty,&#8221; Pawlik said.

Financial help could be on the way. After a midyear financial review, Army officials gave the agency some $500 million in contingency funds for efforts such as the Tuition Assistance Program.

In addition to the measures outlined in the May 12 memo, &#8220;installations are asked to implement local cost-saving measures that may be known to them to further reduce base-support costs,&#8221; Pawlik said.

The Installation Management Agency was created in October 2002, in part to address an $18 billion construction backlog and reduce bureaucratic obstacles faced by base commanders. The agency, which was organized into seven regional offices, was charged with overseeing everything from morale and welfare programs to family care to construction and public works.

Part of the goal was to establish common standards for bases around the world and stop the practice of shifting garrison funds to cover operational-funding shortfalls. The goal, Aadland told Pentagon reporters when IMA was created, was to convince soldiers the agency would not be a bureaucratic entity delaying services instead of providing them.

Now, IMA officials say they are in a critical fight.

&#8220;These are extraordinary times for our Army &#8212; when fighting a war on several fronts, maintaining combat readiness on others and transforming our warfighting force &#8230; are being executed simultaneously,&#8221; Aadland wrote in the May 12 memo.

&#8220;Our installations have a vital role in these unprecedented actions, and we must not fail.&#8221;