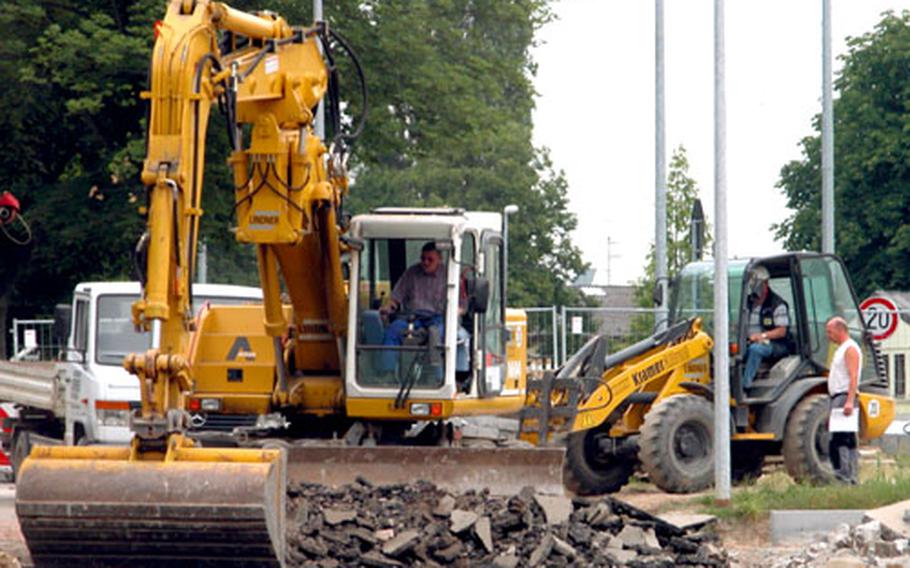 Construction is moving along quickly to install a new entry gate in the Dexheim, Germany, military community. About 40 new gates are being installed across Europe by the U.S. Army Corps of Engineers. (Jessica Inigo / S&S)

Construction is moving along quickly to install a new entry gate in the Dexheim, Germany, military community. About 40 new gates are being installed across Europe by the U.S. Army Corps of Engineers. (Jessica Inigo / S&S) 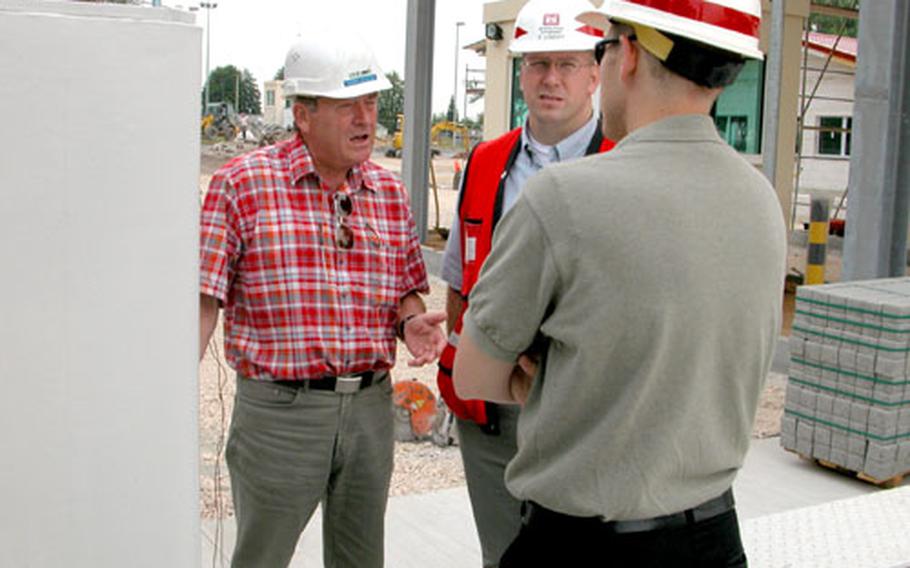 DEXHEIM, Germany &#8212; The Army is building security gates at 40 posts throughout Europe in an effort to slow down waiting times to get on the bases, while still beefing up security.

One of the first gates is going up in Dexheim. The $2 million project boasts separate entry and exit routes, a beam barrier, cameras, a visitor&#8217;s center, heated tollbooths and a large, covered area to keep drivers and guards dry.

The gate is being built by the German contracting firm SKE under the eye of the U.S. Army Corps of Engineers.

The new gates also will speed up the process of visitors getting onto the post, according to Bill Samples, the corps&#8217; access control point equipment program manager, who visited the Dexheim construction site Tuesday.

The Dexheim work is starting from the ground up, Samples said. Other locations that have been selected for the beefed-up force protection measures have existing gates that are being rebuilt at a cost of about $500,000, he said.

In the end, the upgrades throughout Europe will cost about $20 million.

One of the new gates has already been built at the NATO complex in Brussels, Belgium, Samples said. Another project is getting under way in Grafenw&#246;hr.

While the timetable for specific locations was not available, the upgrades are coming to installations across Germany, the Netherlands, Belgium and Italy, Samples said.

When in the down position, the barrier lowers into the ground, making a smooth driving surface. When in the up position &#8212; about two feet off the ground &#8212; it has a strong stopping force.

Jonathan Koch, with the U.S. Army Corps of Engineers&#8217; installation support, said the barrier can stop a large truck traveling at a high rate of speed.

Francis &#8220;Fritz&#8221; J. Ligday, the project engineer with the U.S. Army Corps of Engineers, said these are the types of projects he loves to do.

&#8220;Doing these types of projects, aside from improving family housing and barracks, are the best. They really contribute to the community. It contributes to everybody&#8217;s safety and gives the guards an environment to do their job better,&#8221; he said.

The head of the SKE German contractor, Horst Eyding, agreed, adding that the new gates also improve the image of Americans and the base.