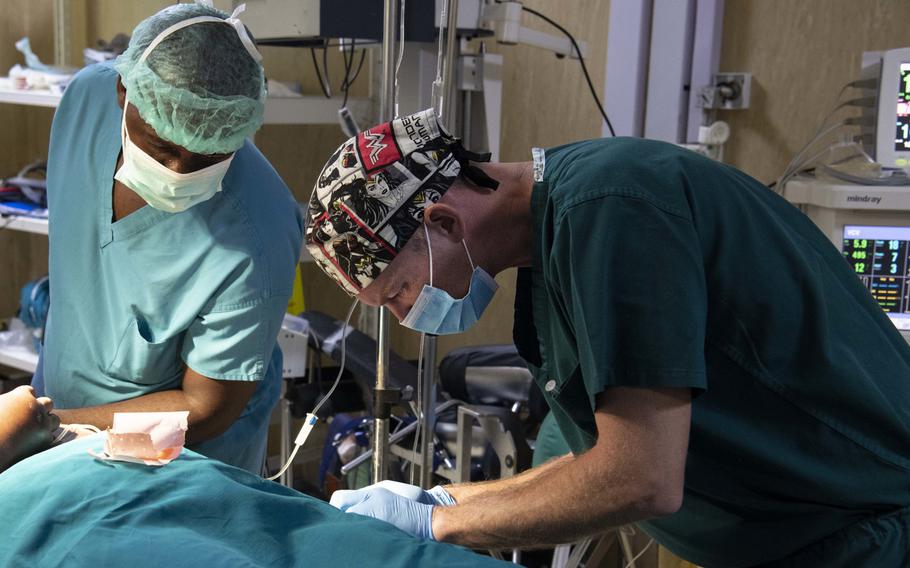 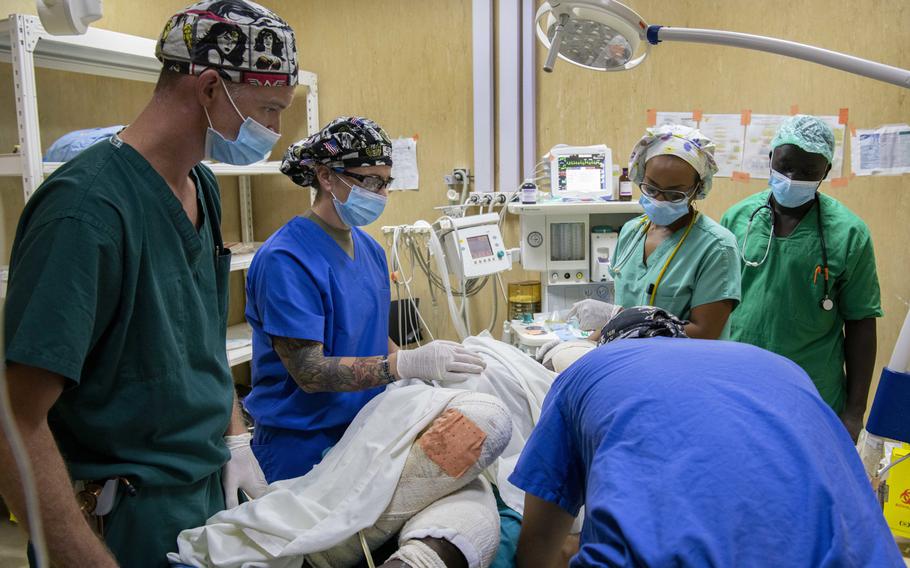 VICENZA, Italy — The Army plans to nearly double the number of medical exercises it holds in Africa, providing care to some of the world’s most disadvantaged people and giving Army medical units unique opportunities to practice and develop skills.

U.S. Army Africa has for years sent small groups of active duty and reserve military doctors, nurses and medics on short-term medical-readiness exercises, or MEDREXs. They’re designed to train soldiers to deploy and practice medicine without the technology and tools they’re accustomed to, share best practices with health care providers in African nations and build relationships.

Last year, they performed 235 general surgeries, saw 725 people in the emergency room and did 98 medical-equipment repairs in countries across Africa.

Taking part in exercises in places with scarce medical resources “creates a new environment and skills that could be useful on the battlefield,” said Col. Doug Phillips, chief nurse at the 44th Medical Brigade in Fort Bragg, N.C., who has done two MEDREXs in Rwanda.

In the Rwandan military hospital where Phillips was based, many surgeries are done with only a nerve block and the patient still awake, he said.

“One guy almost didn’t know what to do because the (patient) was sitting there looking at him,” said Phillips, a nurse anesthetist.

MEDREXs also expose American soldiers to injuries and illnesses not often seen in the U.S., he said. In one case, a woman who had fractured all the bones on the left side of her face in a motorcycle crash didn’t have the money or opportunity to see a physician, and the fractures had begun healing on their own, causing pain and deformity, he said.

Her bones had to be rebroken and set “so she could close her jaw and chew,” Phillips said.

But not every MEDREX has been worthwhile for the Americans. A surgeon who deployed to Cameroon two years ago said the U.S. team was allowed only to assist in mundane tasks, not perform surgery. Deployed surgeons in 2014 and 2015 on average operated on patients less than once a month, a study published in the Journal of the American College of Surgeons found — a rate that is insufficient to maintain skills, experts have said.