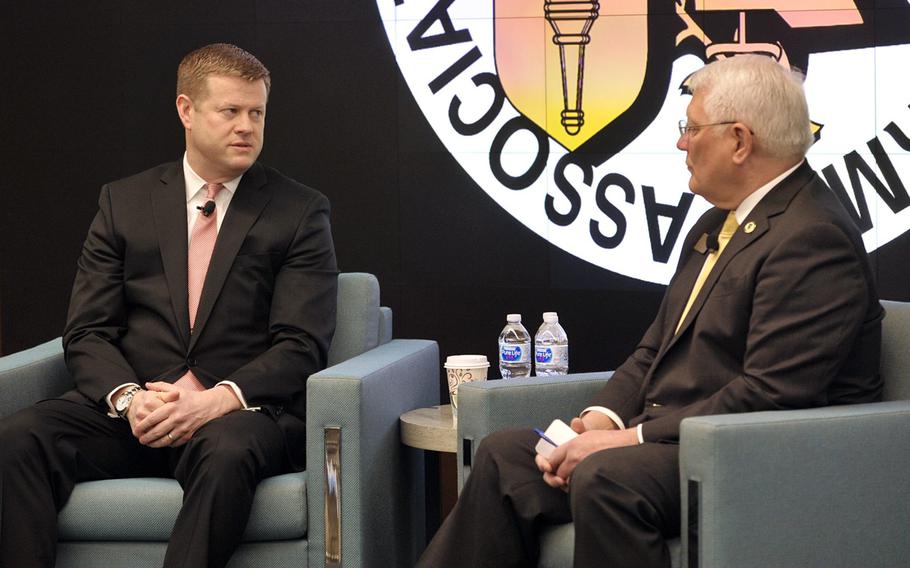 The Army will cut $31 billion from its 2020 budget, with a chunk of the savings to be drawn from the elimination of outdated weapons systems, a top service official said.

The cuts, expected to be detailed when the Army’s budget is released March 12, was the result of 60 hours of top-level meetings by Army leaders. The focus was on transforming the budget to better prepare the force for high level warfare and to counter adversaries such as China and Russia, Undersecretary of the Army Ryan D. McCarthy said on Tuesday.

McCarthy, speaking at a breakfast hosted by the Association of the U.S. Army’s Institute of Land Warfare, did not detail which programs were to be eliminated. But he said about $8 billion comes from cost avoidance measures and $22 billion is from program reductions and terminations.

Going forward, the emphasis will be on modernizing the Army as it shifts its focus to great power competition. “It is a pretty dramatic shift,” McCarthy said.

In October 2018, the Army laid out its six top modernization priorities, with developing long-range precision fires as its top effort.

In January, Army Chief of Staff Gen. Mark Milley said long-range precision fires will provide “a decisive advantage” in future fights. Other priorities are the development of the next generation combat vehicle, updated manned and unmanned airlift, air and missile defense, an assortment of gear that makes soldiers more lethal and an improved Army communication network. The Army’s aim is to begin fielding new weapons systems by 2028.

The Army’s 2020 budget also is expected to boost the pace of rotations to its combat training centers in the United States and Germany, going from 20 this year to 32 in 2020 as the service emphasizes higher end combat skills.

This year, all operational units, including those in Europe and the Pacific, will be filled at 100 percent manning, Milley said last month. Next year, it will increase to 105 percent manning.

Now, the Army will need to win congressional backing for the planned cuts, which in some cases could affect defense system manufacturers. But the Army’s focus on modernization also will present new opportunities for industry, McCarthy said.

“We’ve been very consistent about where we were trying to take the Army,” McCarthy said. “With that comes very difficult choices.”