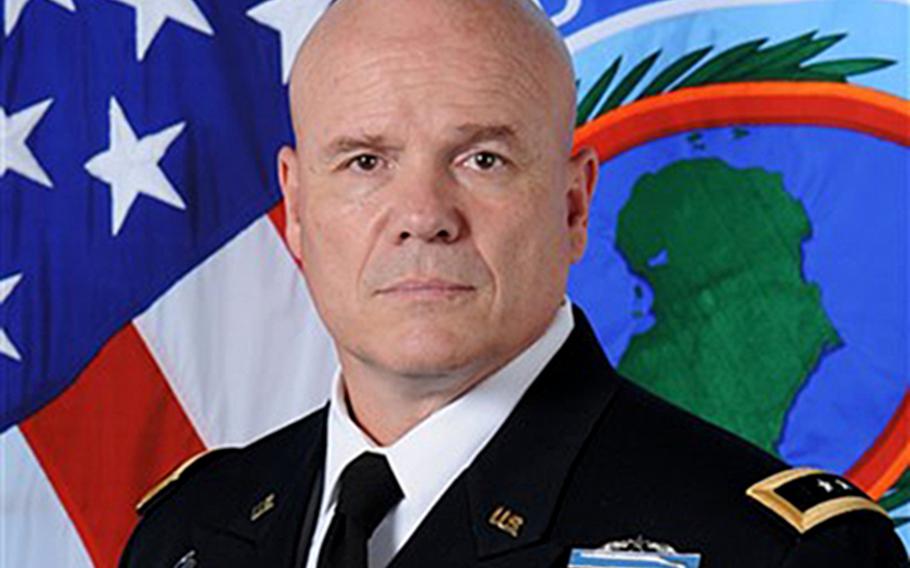 Maj. Gen. Roger L. Cloutier Jr., U.S. Africa Command chief of staff, has been chosen to be the next commanding general of U.S. Army Africa at Vicenza, Italy. (U.S. AFRICOM)

STUTTGART, Germany — The U.S. Army has tapped Maj. Gen. Roger L. Cloutier Jr. to serve as the next head of Vicenza, Italy-based U.S. Army Africa, where he will oversee efforts to train indigenous ground forces for counterterrorism fights on that continent.

Cloutier, the current chief of staff at U.S. Africa Command, already has an intimate grasp of the threats and risks facing U.S. troops in parts of Africa. He led an AFRICOM investigation into the Oct. 4 ambush in Niger that left four U.S. soldiers dead. His report is now being reviewed by Defense Secretary Jim Mattis.

Cloutier will arrive in Italy after a period of tumult for U.S. Army Africa headquarters.

In October, Maj. Gen. Joseph Harrington was fired from his post as head of USARAF after it was discovered he had been in involved in a flirtatious texting relationship with an enlisted soldier’s wife. Since then, Army efforts in Africa have been led by acting commander Brig. Gen. Eugene LeBoeuf, a reservist civil engineering professor called to active duty in 2016.

The Army announced a series of other changes at posts in Europe.

Traditionally, the post at Grafenwoehr has been a stepping stone to other major commands. Current U.S. Army Europe chief Lt. Gen. Christopher Cavoli led the training mission there from 2014-16.

LaNeve will replace Brig. Gen. Antonio A. Aguto Jr., who is headed to U.S. Army Forces Command at Fort Bragg.