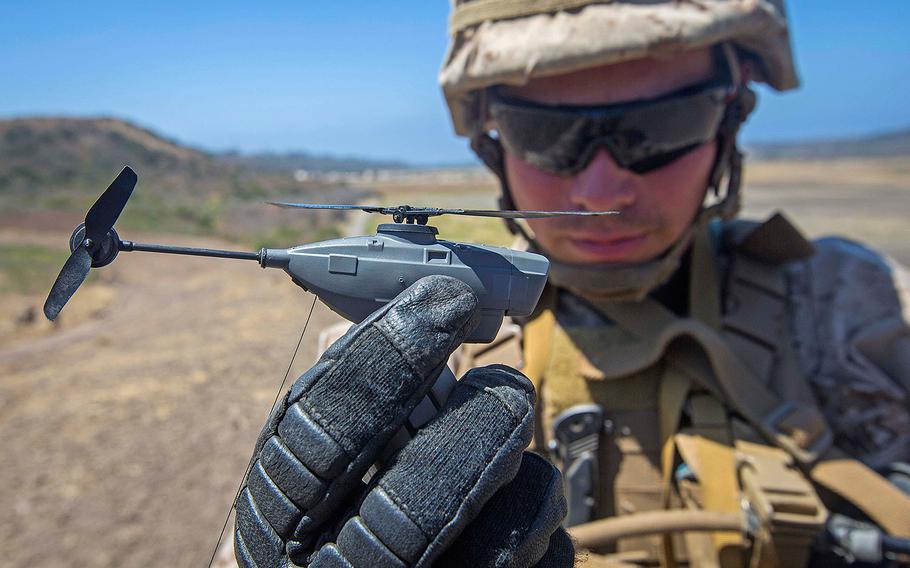 Infantry soldiers may one day be using pocket-size helicopter drones in combat to help them find their enemies.

The Army awarded a $2.6 million contract to FLIR Systems Inc. of Wilsonville, Ore., for an undisclosed number of the devices, the company said in a recent statement. Each hand-launched Black Hornet helicopter is about the size and weight of a parakeet. It can shoot live video with either a daylight imager or infrared, has a range of a little less than a mile and can fly for 25 minutes at a speed of 13 mph.

The Army bought several Black Hornet drones for testing with Special Forces units in 2016 and 2017, FLIR said. The Army will continue testing the Black Hornet while it considers issuing the device to troops in the field.

The Black Hornet drones are similar to PD-100 devices that were tested in Afghanistan by the British military, which has since purchased them for use by regular ground forces, according to British army websites.