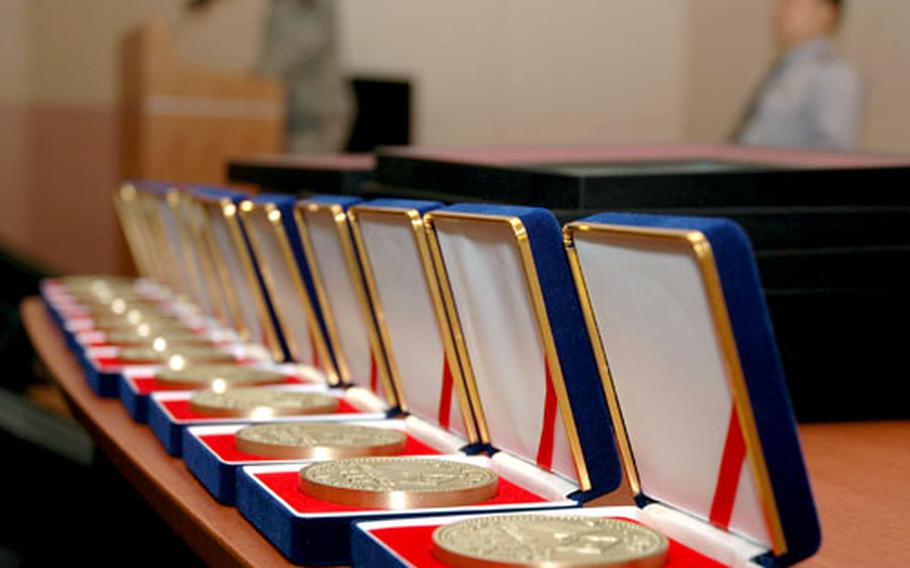 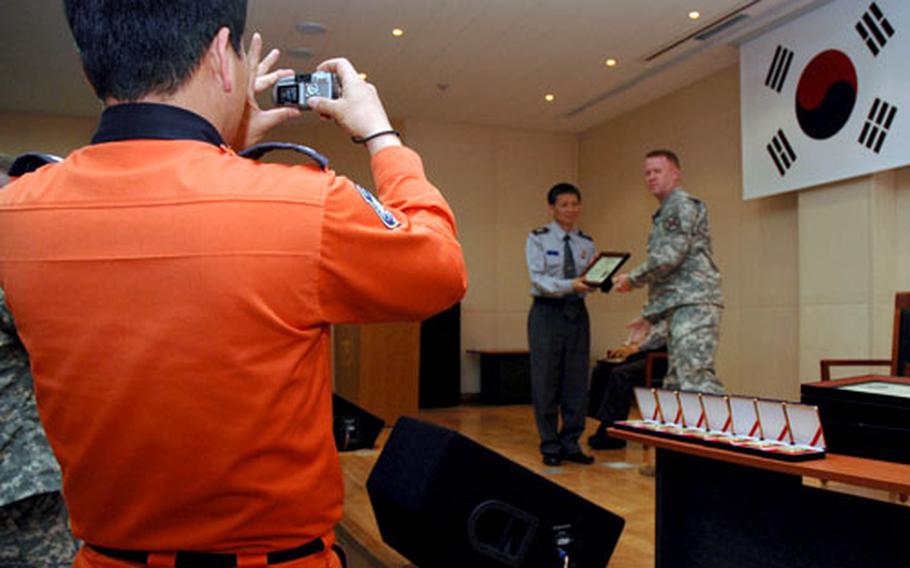 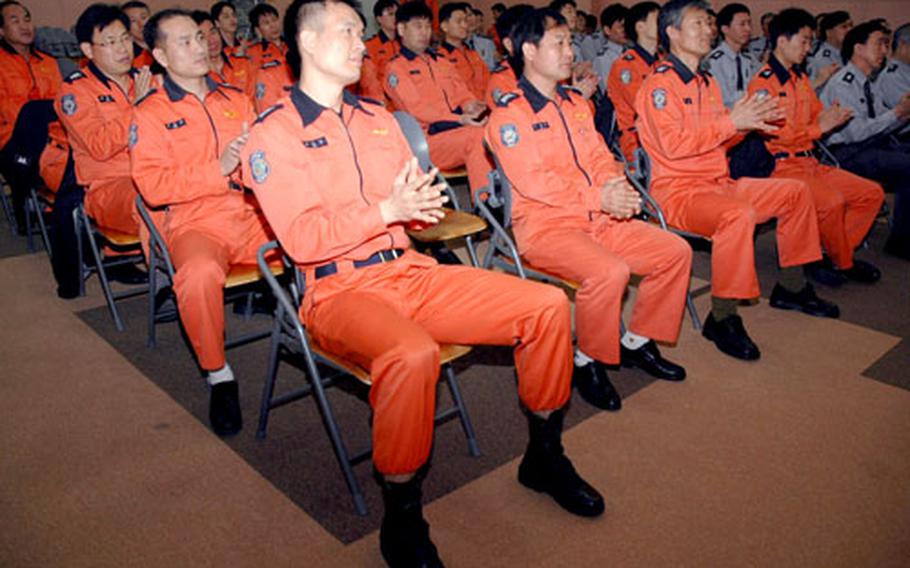 &#8220;I&#8217;m honored to be here today,&#8221; said Col. Ron Stephens, the Area II Support Activity commander, whose job includes overseeing the facilities at Yongsan Garrison. &#8220;Without your help, the fire would have been much worse. And we may have lost lives without your help.&#8221;

On Monday, Stephens presented the division chiefs at the Yongsan-gu fire station with certificates of appreciation and commander&#8217;s medals.

It was South Korean firefighters who found the three burned men, one of whom suffered burns over 60 percent of his body and remains in intensive care. All three men still are hospitalized but are improving, according to Lee Hak-dae, the corps&#8217; union president.

Lee Byeok-woo, who suffered the worst burns, got a little more than half the money. So far, he has had four grafting surgeries, the union president said.

Lee Sun-bok suffered burns on 20 percent of his body and has had two surgeries. Jung Ji-hun, who had damage to his breathing and speech, has improved and has begun to talk again, the union president said.

Yongsan-gu fire leaders said Monday they were honored but also a little embarrassed to be thanked for doing their jobs.

Lee Jong-whan said he thought Stephens&#8217; visit and the recognition would boost morale among his firefighters.

&#8220;Personally, I feel honored at being awarded, and I think it is going to be helpful for me to (better) understand United States Forces Korea.&#8221;