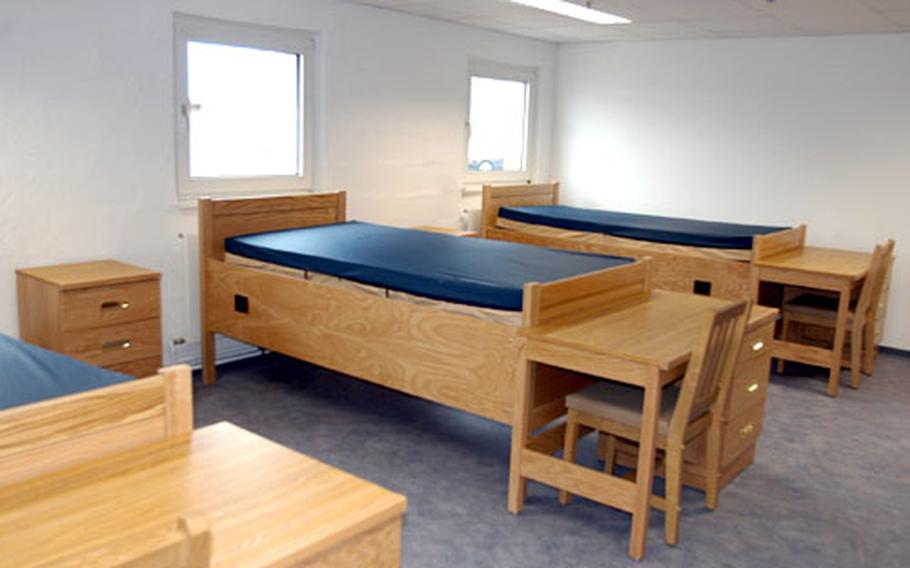 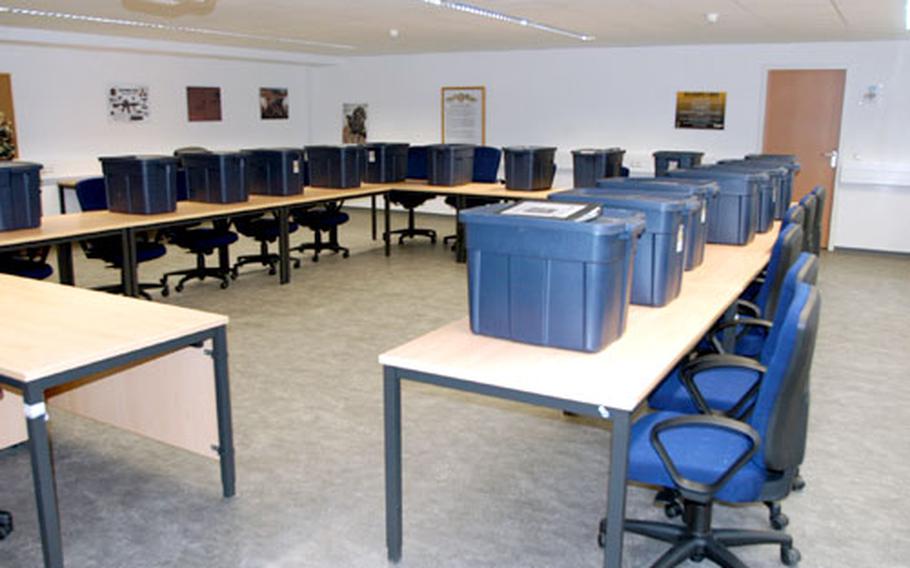 The academy, formerly on the main post, is now housed at one of the camps in the training area. The total cost of renovations and building a new dining facility was $18.3 million.

However, there are some disadvantages. The new academy can&#8217;t handle as many students because the living areas offer more individual space to students, Campbell said.

Each room at the new academy houses three soldiers. At the previous location, up to eight soldiers stayed in one room. At the location on main post, the ratio of students to instructors was 10-to-1. At the new location, it drops to 9-to-1, Campbell said.

A disadvantage to the students in the new facility is that they won&#8217;t have access to the food court and post exchange that were near the old location, but a shoppette and pizza place are expected to open by next week, when the next group of students arrives, Campbell said.

Staff Sgt. Broderick Allen, an instructor, said the food court and PX distracted the students from their training and the work they had to complete outside of the classroom.

&#8220;This will be a whole lot better for the instructors to eliminate distractions and keep the focus on training.

&#8220;Everything we need is right here. We used to have to bus them out to the training area to do any kind of field training. Now we can walk to the woods right beside the classrooms.&#8221;