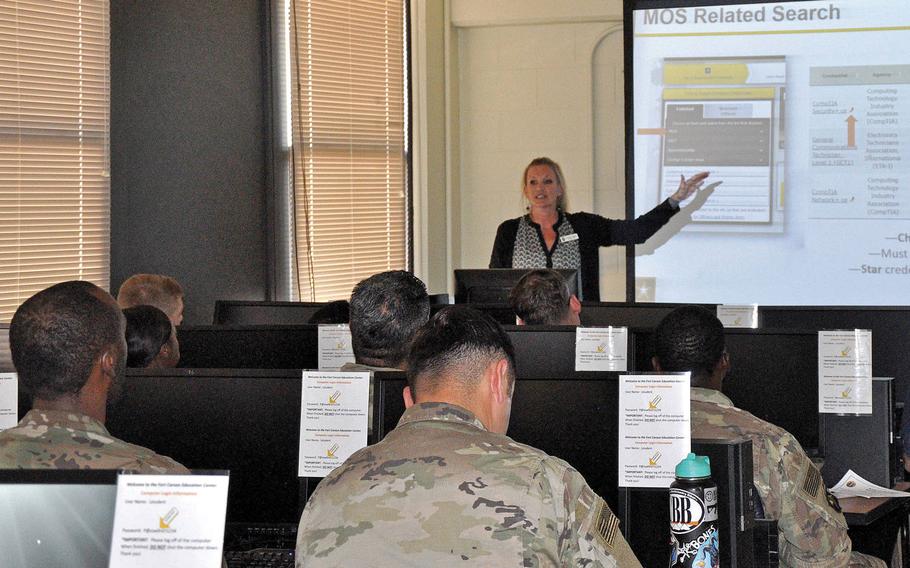 Army National Guardsmen will be eligible in January for a program designed to give soldiers a leg up in the civilian job market.

The Credentialing Assistance Program allows soldiers to receive additional training and take exams to earn licensing and other professional credentials required in many technical trades, an Army statement said.

“It can be that distinguisher when you are going for a job application or promotion, [or] competing next to other candidates,” Kenneth Hardy, chief of the Army National Guard’s education branch, said in an Oct. 22 statement.

This program is unique to the Army and is different than the Credentialing Opportunities On-Line programs offered by each branch of service.

Instead of offering credentials for military occupational specialty-based experience, it gives soldiers money to use for the credentials of their choosing, regardless of their military job.

The program provides up to $4,000 annually to pay for tuition, test fees and books.

CAP has increased the number of programs a soldier can choose from the 28 that were offered in the testing phase last year, to about 1,600 types of certifications. They include logistics technician and management credentials, certificates in the fields of fitness, food service and information technology, and licenses for commercial driving.

One of the most popular certifications for soldiers has been for personal training, said Mike Engen, the education services officer at Fort Hood, Texas, in a statement.

CAP began at Fort Hood last year. The Army soon noted the large number of soldiers who wanted to take part in the program and began opening it to the rest of the service during the past year, the statement said.