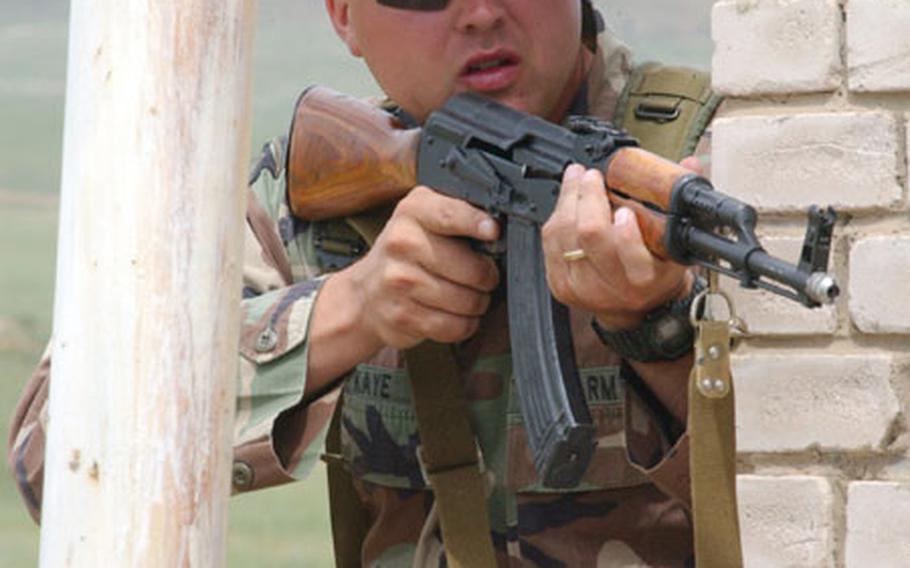 Sgt. Joel Kaye, a military police investigator with the 88th MP detachment at Camp Zama, provides security for soldiers during an exercise earlier this month in Mongolia. (Courtesy of U.S. Army)

Sgt. Joel Kaye, a military police investigator with the 88th MP detachment at Camp Zama, provides security for soldiers during an exercise earlier this month in Mongolia. (Courtesy of U.S. Army) 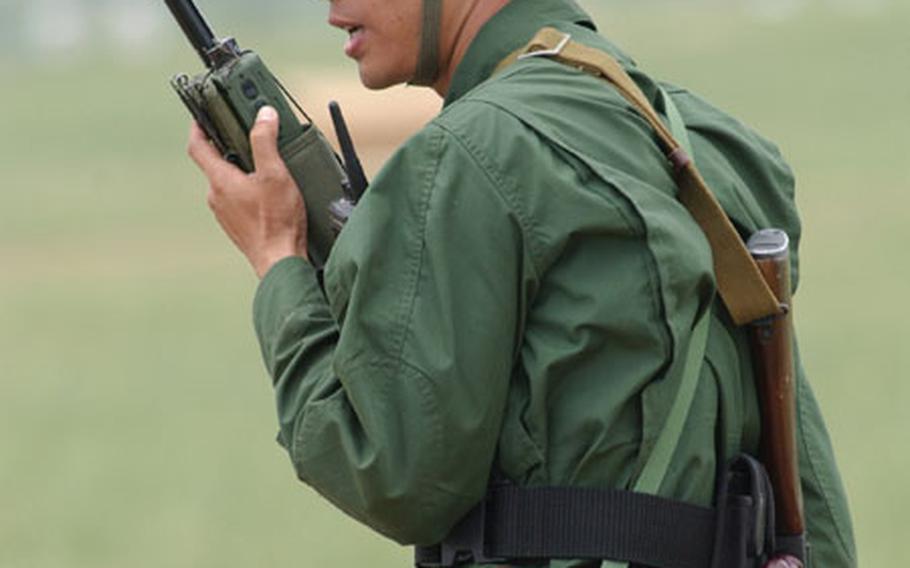 A Chinese peacekeeper calls in for a medical evacuation during an exercise earlier this month in Mongolia. (Courtesy of U.S. Army) Mongolian Army conscripts line a parade field during the opening ceremony for an exercise this month in Mongolia. (Courtesy of U.S. Army) 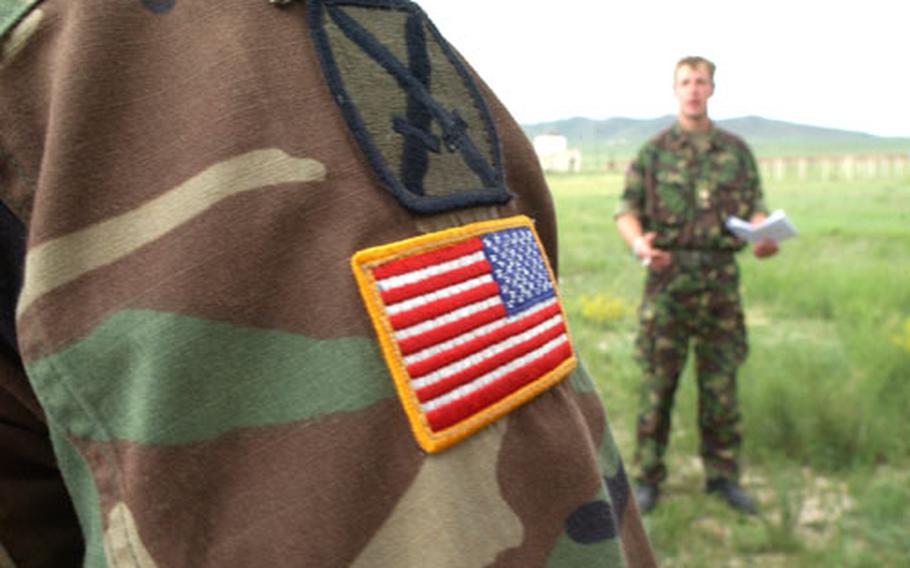 The exercise, held earlier this month in Mongolia and organized by Britain, was designed to prepare peacekeepers for future multilateral security operations.

Troops from Russia, the fifth permanent member of the Security Council, were expected but were unable to come, according to the British newspaper The Guardian.

Mongolia is not a permanent member of the council.

The exercise was designed to help future peacekeepers overcome the training and doctrinal differences among countries, said Capt. Joshua Hamilton, commander of the 88th MP detachment at Camp Zama.

Zama MPs joined members of the 247th MP detachment from Okinawa for the training.

Participants practiced peacekeeping operations such as manning checkpoints, reacting to ambushes and improvised explosives and creating a quick-reaction force.

U.S. soldiers praised the training and the Mongolian training camp &#8212; which featured portable bathrooms with flush toilets and sinks.

The hosts entertained visiting troops with traditional horse dancing, sports such as archery and wrestling and delicacies such as fermented horse milk.

They heard Mongolian &#8220;throat singing,&#8221; in which singers carry two notes at once, and experienced nomadic tent houses called girts.

The also experienced the vast sweep of the world&#8217;s highest desert.

The training didn&#8217;t have any setbacks, but most soldiers suffered through stomach ailments and faced death weaving through traffic on the roads, according to several servicemembers.

The training did give them many chances to interact with other countries through age-old military traditions such as trading patches and gear and playing sports.

Britain paid for the exercise and the transportation for Chinese participants &#8212; the first time China joined a multilateral training mission outside its borders, The Guardian reported.

Mongolian peacekeepers have served in Iraq and Afghanistan and the other participants serve in multilateral peacekeeping efforts around the world.

The U.S. soldiers said during the training they learned peacekeeping strategies that Britain developed in Northern Ireland and riot-control strategies used by French forces during mass protests.

They also learned much about China and Mongolia.

&#8220;I think some of the French civil disturbance techniques were very effective.&#8221;

He was most interested in interacting with Chinese forces, &#8220;because we hardly ever get to,&#8221; he said.

Some of the troops&#8217; best memories came from unique experiences, like a pool table in the middle of a plain or human telephone booths, where people stood holding cellular phones for rent on the roadside.

The trip aside, he said the highlight was the training.