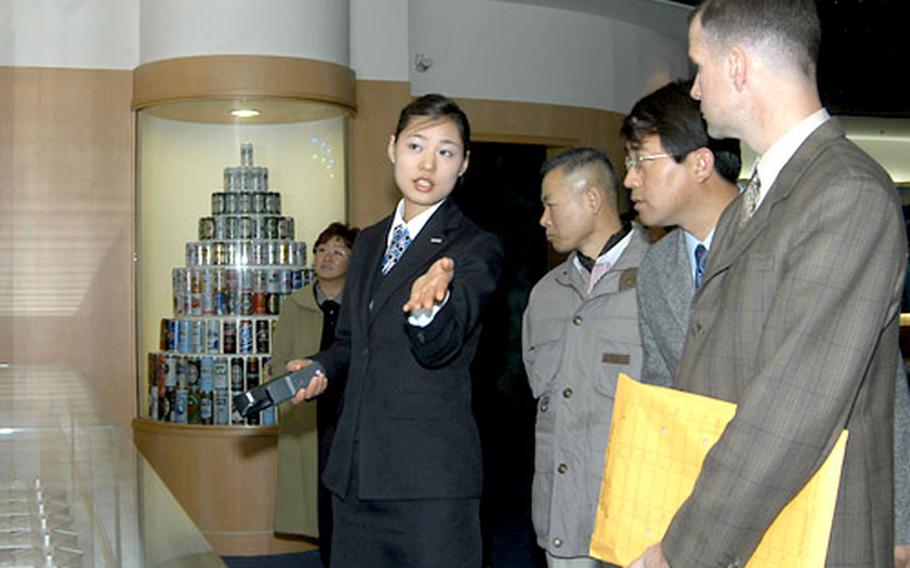 YONGSAN GARRISON, South Korea &#8212; Army officials are looking outside the gates for ideas on how better to serve soldiers on U.S. bases in South Korea.

In recent weeks, officials from Camp Red Cloud toured South Korean businesses to view &#8220;best practices&#8221; on everything from getting customer feedback to sewage treatment technologies.

Earlier this month, Camp Red Cloud&#8217;s commander and other officials toured the Hite beer brewery in Hongcheon, near Camp Page. The company has been ranked in the top ten by the Korea Management Agency, which studies how businesses are run.

The visit to the brewery wasn&#8217;t about the product, he said, but rather &#8220;how they make it and what processes they go through. We are interested in how they get feedback from their customers. We can then take that and apply it to the garrison to improve our quality of life.&#8221;

The point of this and other tours, officials said, was to get ideas from outside the Army chain.

&#8220;One of the common mistakes we make in the Army is to benchmark against other Army units. But there are civilian organizations who do things a lot better,&#8221; Vines said. &#8220;We want to apply that to our customers and employees,&#8221; referring to the soldiers who live at U.S. facilities and use the services provided there.

On the second half of the Hite tour, officials viewed the facility&#8217;s waste treatment plants, hoping to take some concrete lessons on ways to improve infrastructure.

The Red Cloud officials said they also wanted to see how South Korean employees relate to one another and see if they could draw any lessons for base employees.

&#8220;From what we have seen, the employees here all have the same vision,&#8221; said William Kapaku, civilian executive assistant at Red Cloud.

More visits are planned for the future, including a possible visit to a large hotel chain to see if lessons can be gleaned for use at Army billeting facilities.