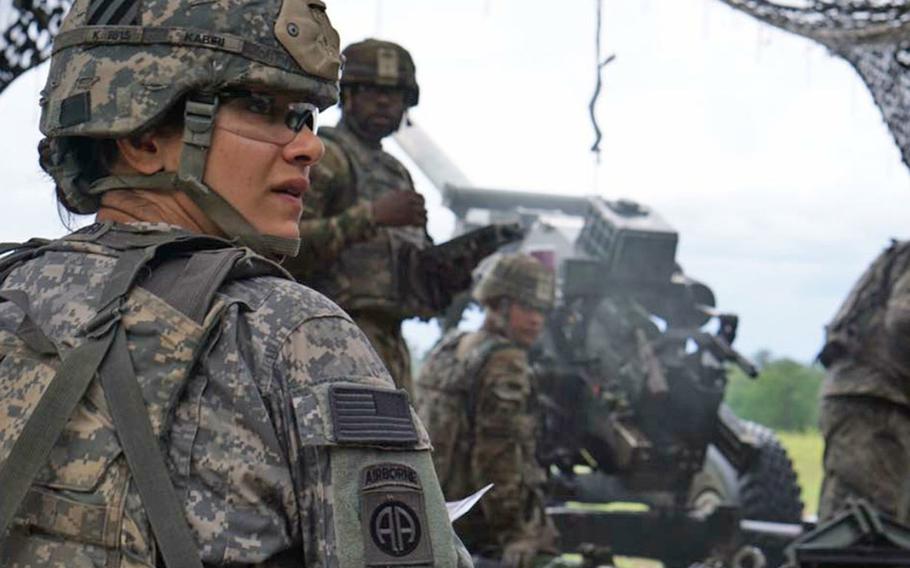 WASHINGTON — The Army will expand the number of installations where it assigns female soldiers serving in previously all-male, front-line combat jobs as more women enter the infantry and armor fields, a top general said Wednesday.

To date, more than 500 female soldiers have completed training to serve in infantry and armor jobs that only became opened to them in December 2015 when the Pentagon eliminated rules barring women from serving in certain military jobs, Lt. Gen. Thomas C. Seamands, the Army’s chief of personnel, said during the Association of the U.S. Army’s annual meeting in Washington.

“These are citizens who a few years ago would not have had the opportunity to be infantry or armor soldiers, and they are now doing it and doing it quite well [and] with distinction,” he said.

So far, the Army has assigned about 100 of those female soldiers to units at two posts — Fort Bragg in North Carolina and Fort Hood in Texas. Women are serving in infantry and armor units within Fort Bragg’s 2nd and 3rd Brigade Combat Teams in the 82nd Airborne Division and in Fort Hood’s 1st Brigade Combat Team, 1st Cavalry Division and 3rd Armored Cavalry Regiment.

The other roughly 400 soldiers in those fields are now in various training programs while they await assignments to combat units.

But as more women enter the previously closed fields, the Army will need to expand the number of installations where it assigns female infantry and armor soldiers, said Lt. Col. Naomi Mercer, the Army’s chief of command policy who is helping develop the gender-integration process for the service.

The Army said last month that it had an additional 184 women attempting to join the infantry and another 125 attempting to serve in armor jobs.

The expansion of posts with female infantry and armor soldiers could come within the next year, Mercer said.

She declined to identify which Army installations were being considered, but she said female infantry and armor soldiers would likely begin their careers at larger posts with multiple combat units.

Fort Hood and Fort Bragg were chosen because they are large installations with extensive resources for soldiers serving in combat arms fields, Mercer said.

“The consideration is based on the opportunities for the [soldiers] who go there,” she said. “The reason that we picked Fort Bragg and Fort Hood in the first place is that those are armor and infantry hubs.”

Just as the Army has done at Fort Hood and Fort Bragg, it will place at least two female officers or noncommissioned officers in a unit before it moves junior enlisted soldiers —in the rank of specialist or below — into those units.

The Army calls that structure a leaders-first approach to integrating women into fields that were traditionally all male. Mercer said the structure has been effective so far and the leaders are paving the way for new soldiers just out of initial entrance training programs to move into the combat force.

“We’ve been preparing for this since 2012 and it has proven it works,” she said. “Everybody is filtering in. It just takes time.”