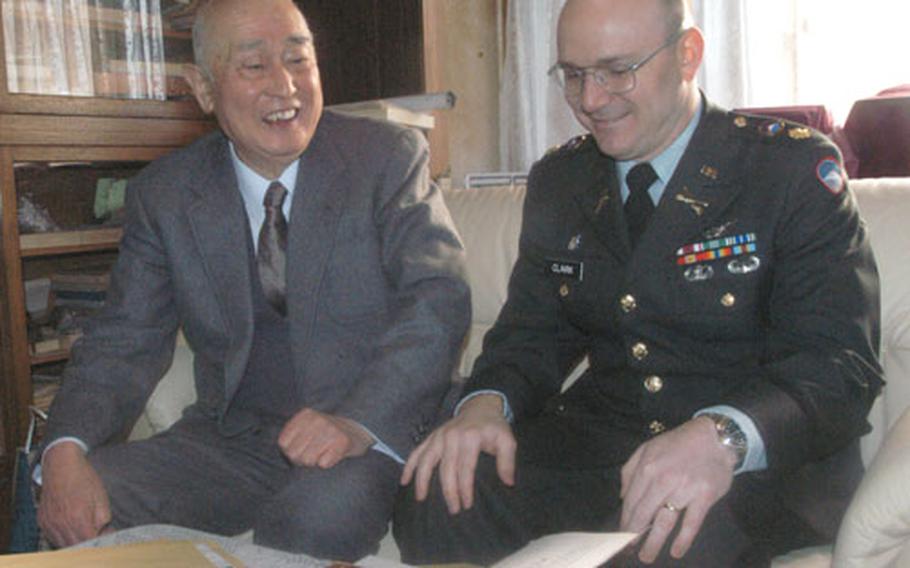 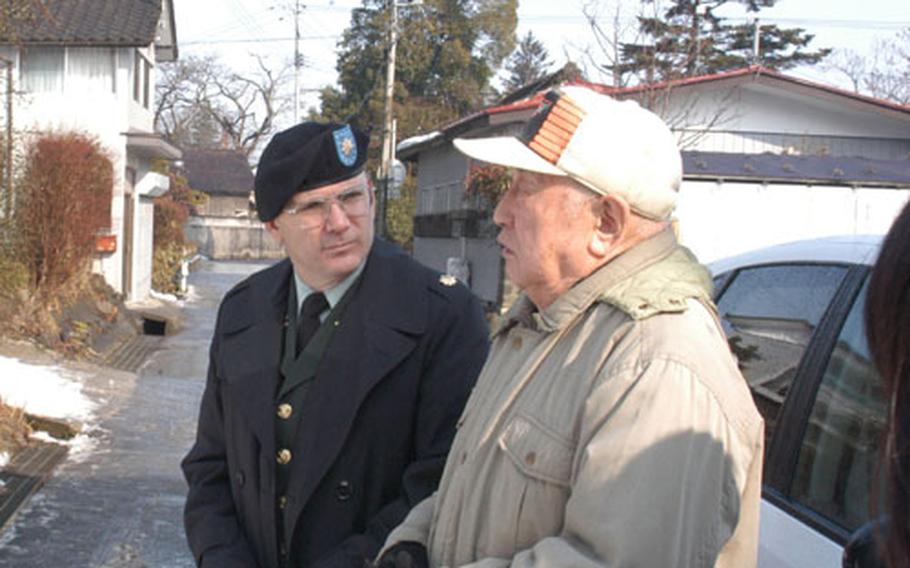 CAMP ZAMA, Japan &#8212; Weeks before Japanese leaders announced plans to send humanitarian troops to Iraq, a lone U.S. soldier on Hokkaido was helping Japan develop a plan for its wartime rules of engagement.

He later helped Japanese leaders create a benefit plan for defense force members killed in action. Farther south, another U.S. soldier helped the Japan Ground Self-Defense Force address family-separation stress they might deal with during deployments to the Middle East.

Both belong to a liaison program, created in 1988 and greatly expanded in the past few years, that attaches U.S. soldiers to the five Japanese regional army headquarters.

They provide the Japanese a tap into U.S. military expertise and planning, represent their country in far-flung areas and foster trust and understanding between both countries.

And their presence may be partly responsible for Japan&#8217;s willingness to fulfill a mission in Iraq.

&#8220;Our long-standing relationship with the Ground Self-Defense Force is what gave the JGSDF the experience and confidence &#8230; to send their troops to Iraq,&#8221; said Col. Michael Bosack, deputy chief of staff for host-nation affairs for U.S. Army Japan until this month, and a key figure behind the modern liaison program.

That relationship involves cooperation on bilateral exercises, information exchange and military collaboration, which the liaisons work to improve.

&#8220;It helps to promote bilateral understanding. We become very closely integrated into the staff here,&#8221; said Maj. Brent Hashimoto, liaison to the Middle Army in Osaka.

When the Northern Army asked their liaison, Maj. Craig Haas, about U.S. rules of engagement and benefits for those killed in action, he knew precisely whom to ask at his headquarters back at Camp Zama.

Liaisons don&#8217;t need to be experts, but they act as a link to experts, information or resources. Haas found officials who could prepare a brief on these subjects and translated them for Japanese defense force members.

Haas expedited the process and because he&#8217;s an arm&#8217;s length from Army officials on Hokkaido, he could make sure the information was what the Japanese needed.

Liaisons make the bilateral relationship in Japan smoother, something Bosack realized was needed after Sept. 11, 2001. He expanded a small program to create the five permanent positions at each army headquarters.

&#8220;It was really critical to better link with them,&#8221; Bosack said. Both armies work together to defend Japan and to protect U.S. military interests.

The key ingredient is trust. Like in business, Westerners sometimes have difficulty working with Japanese officials until they have developed trust. The liaison officers often socialize with businessmen, politicians and military leaders. They learn to understand each other.

They work closely with the commanding generals of each army who &#8220;rely on them very heavily as advisers,&#8221; Bosack said.

They also work closely with the counsel general from the U.S. Embassy and often serve a community-relations function.

Far from the flagpole

The soldiers are isolated from their American peers but develop strong, close relationships with the army staffs with which they work &#8212; ironing out clashes before they happen and helping both sides learn from each other.

The job is a two-year assignment. Soldiers live without commissaries or exchanges. They have few English speakers to talk to. Most are newlyweds and have no or very young children.

The liaisons go to great lengths, however, not to be perceived as spies. Every question asked is on the table. They only approach Japanese leaders when asked to, by U.S. or Japanese officials.

Liaison officers are foreign area officers &#8212; they&#8217;ve studied the language, history and politics of a region. FAOs exist around the world and serve as strategic and technical experts.

Working as a liaison officer paves the way to more-strategic jobs. They can work at the Pentagon, in security assistance offices at foreign embassies or become military attach&#233;s. Bosack has been an FAO for half his career.

Clark, who was an aviation officer, hopes to help advise strategy-makers at the Pentagon. Haas may take the Foreign Service exam.

Hashimoto, a former armor officer, said being an LNO gives him a level of understanding not possible by studying alone. Plus he&#8217;s getting to know the future military leaders of Japan.