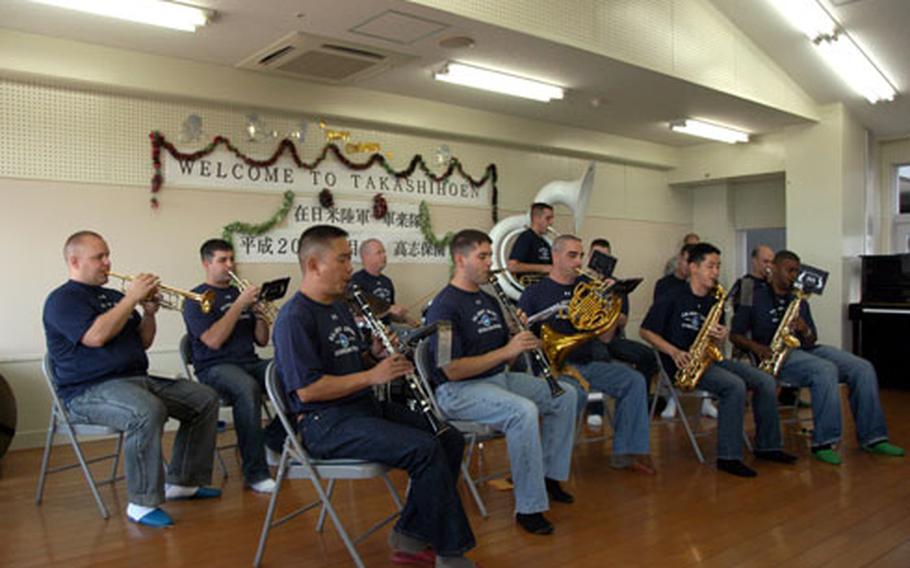 Members of the U.S. Army Japan Band from Camp Zama perform Monday at the Takashihoen facility for developmentally disabled adults in Yomitan Village on Okinawa. (Photos by Natasha Lee/S&S)

Members of the U.S. Army Japan Band from Camp Zama perform Monday at the Takashihoen facility for developmentally disabled adults in Yomitan Village on Okinawa. (Photos by Natasha Lee/S&S) 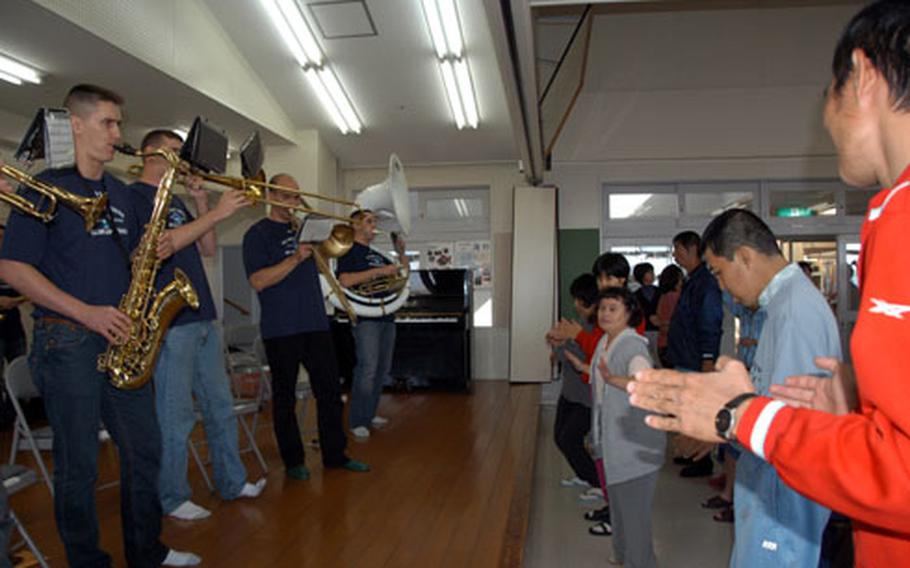 Twelve members of the the U.S. Army Japan Band perform as residents from the Takashihoen facility dance. The performance was the band’s second at the facility for developmentally disabled adults. ()

Judging from the clapping and dancing, however, the spirited audience at the Takashihoen facility didn&#8217;t seem to mind.

The 12-piece ensemble entertained residents and staff Monday at the Japanese rehabilitation center for developmentally disabled adults with a mix of catchy numbers from Dixieland jazz to an encore performance of the Village People&#8217;s "YMCA."

Monday&#8217;s visit was the second for the band, which performed at the center last year, said drum major Sgt. 1st Class Marty Schmidt.

The band, stationed at Camp Zama on mainland Japan, was in town for the Okinawa version of the Army-Navy football game held Saturday at Torii Station.

The outreach is part of the band&#8217;s mission to encourage cultural exchanges with the Japanese community, Schmidt said.

It&#8217;s the audience participation that makes performing so rewarding, he said.

"It&#8217;s seeing the expression on their faces," Schmidt said.

The band, which performs for more than 3 million people annually, has 40 members who participate in various genre groups, including Dixieland and Big Band.

The music Monday offered residents a chance to interact with the outside community.

The facility houses about 50 residents, ages 20 and older.