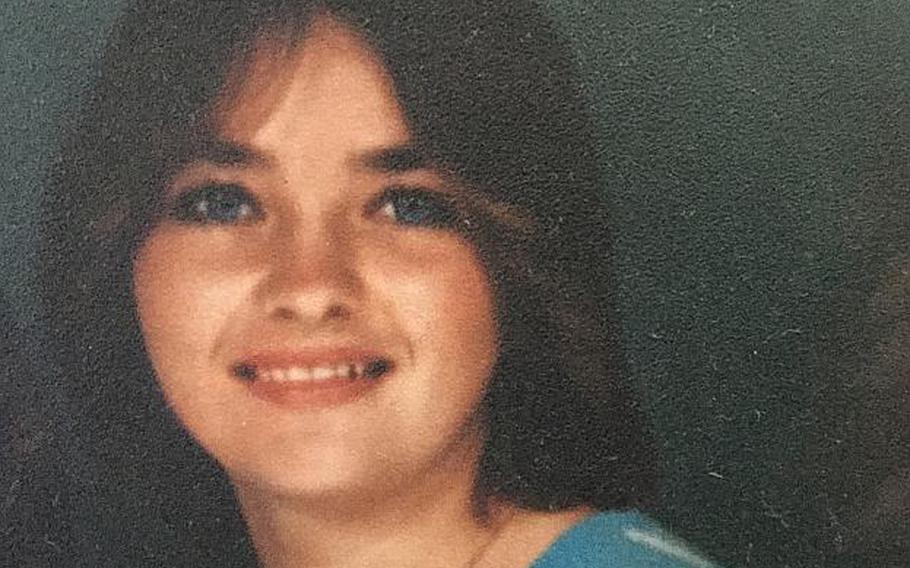 Spc. Darlene Krashoc, 20, was killed outside Fort Carson, Colo., in 1987. Army investigators have reopened the case with the hopes of a $10,000 reward and a composite image technology from DNA evidence will produce leads. (Courtesy of Army Criminal Investigation Command)

Spc. Darlene Krashoc, 20, was killed outside Fort Carson, Colo., in 1987. Army investigators have reopened the case with the hopes of a $10,000 reward and a composite image technology from DNA evidence will produce leads. (Courtesy of Army Criminal Investigation Command) 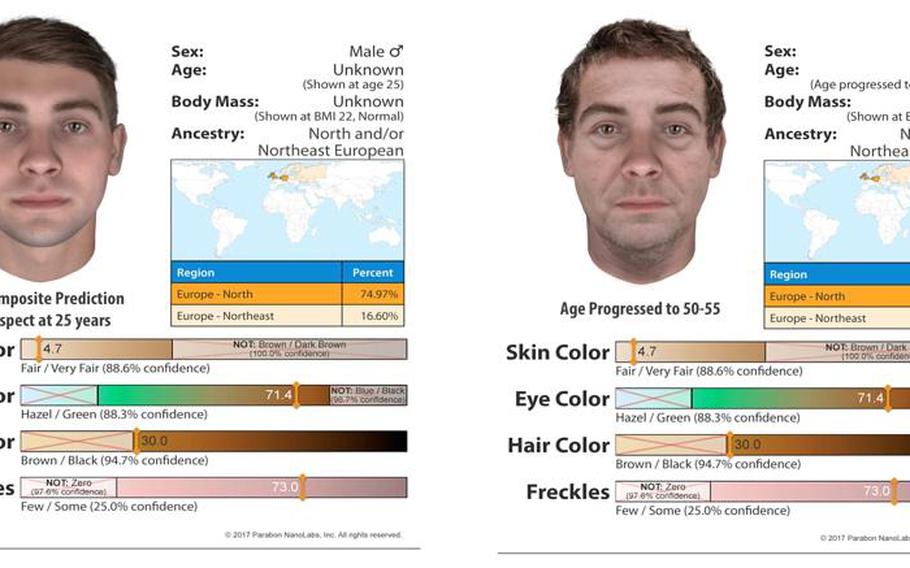 The composite images of a suspect in the murder of Spc. Darlene Krashoc, 20, outside Fort Carson, Colo., in 1987. The image was produced from DNA evidence that predicts how a suspect might look using ancestry information. (Composite image courtesy of Army)

SAN ANTONIO — Army investigators are breathing new life into a 30-year-old murder case of a Fort Carson soldier with predictive DNA technology and a $10,000 reward for information, the Army said Monday.

Spc. Darlene Krashoc of the 73rd Maintenance Company, 43rd Support Group, was found dead by Colorado Springs police 30 years ago this week, on March 17, 1987, about six miles from the Fort Carson visitors center. She was 20 years old.

The murder has frustrated local and Army investigators for decades, with hundreds of interviews and re-openings of the case to pull DNA samples in 2004 and 2011. The only known profile of the suspect was an unidentified male, according to available DNA evidence canvassed at the scene and re-examined years later, an Army news release stated.

But new technology made available to the Army’s Criminal Investigation Command, commonly known as CID, has reinvigorated the case. CID investigators paired with a DNA technology company specializing in phenotyping: the process of predicting physical appearance and ancestry from unidentified DNA evidence, the release stated.

For the first time, a potential composite of the suspect has emerged using predictors of his hair, eye color and even face shape, in the hope of sparking a memory of a man with that description.

Christopher Grey, a CID spokesman, said Monday that the case was the first time CID used phenotyping to aid casework.

It was a strategic decision to tie the reward announcement and composite image to the anniversary of the murder to reinforce potential guilt of suspects or information sources, he said.

“We are always looking for someone who is remorseful or has held onto information for all this time,” Grey said. “We want to bring justice to this young lady who lost her life.”

On March 17, 1987, Krashoc drank and danced with fellow soldiers at the former Shuffles nightclub at 1861 S. Academy Blvd. and left between midnight and 1 a.m., the release stated.

Her body was found in the early morning by Colorado Springs police in the back parking lot of the former Korean Club Restaurant at 2710 S. Academy Blvd., about a mile away. Evidence points to her body being placed there after her murder, the Army said.

Grey said nothing indicates whether the suspect was a soldier or civilian, but the military community there at the time could be a valuable source of information.

Anyone with tips about the murder or who recognizes the illustration should contact CID Headquarters in Virginia at 1-844-Army-CID or 571-305-4375 or email Crime Tips at Army.CID.Crime.Tips@mail.mil., or the Colorado Springs Police Department (Detective Montez or Investigator Browne) at 719-444-7000 or The Pikes Peak area Crime Stoppers at 719-634-7867.