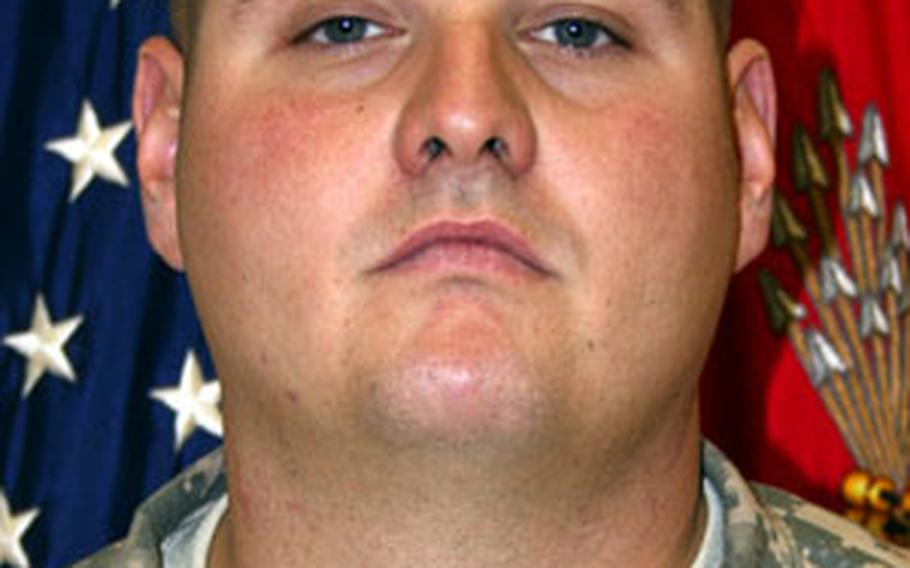 Staff Sgt. Thomas H. Oakley, ammunition section chief, service battery, 1st Battalion, 77th Field Artillery Regiment, based in Schweinfurt, Germany, died Wednesday night after being struck by a car while attempting to help motorists involved in an accident on A73 toward Nuremberg. (Courtesy of U.S. Army)

BAMBERG, Germany &#8212; Army officials have identified a 172nd Infantry Brigade soldier who was struck and killed by a car Wednesday night near Bamberg after he stopped to help some motorists who had an accident.

Staff Sgt. Thomas H. Oakley, 33, of Wakefield, R.I., was driving home from work in Schweinfurt when he stopped to help the accident victims, according to police and military reports.

German police said the accident took place near Bamberg at 9:30 p.m. on Wednesday, when two cars crashed in the southbound left lane on autobahn A73.

According to a 172nd press release, Oakley was pushing one of the disabled cars toward the right shoulder when he was struck by a car attempting to pass a big-rig truck. The car struck Oakley and the disabled vehicle stranded in the left lane.

He died at the scene of the accident, German police said. Four other people were taken to a German hospital with minor injuries.

Oakley had returned from a deployment to Iraq in November with the 172nd. He is survived by his wife and two children, according to the release.

A memorial service is tentatively scheduled for next week in Schweinfurt.