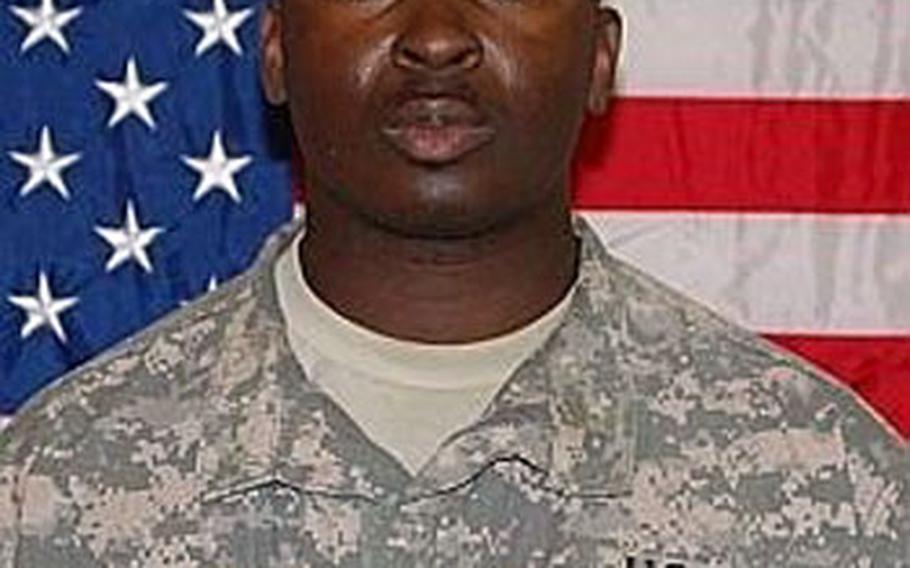 BAUMHOLDER, Germany &#8212; Army officials have identified Sgt. Brandon Augustus, of Baton Rouge, La., as the soldier who died on base last week. He was 29.

Augustus, a medic with Company C, 47th Forward Support Battalion, was found by his wife early Thursday morning collapsed on the floor of their home in the Wetzel Housing Area.

She yelled to nearby neighbors who called authorities, but it was too late. Augustus was pronounced dead at 6:52 a.m. by a German medical official, according to a U.S. Army Europe release.

The cause of death is under investigation, although foul play is not suspected, said Lt. Col. Richard Spiegel, a spokesman for U.S. Army Europe.

At the time of his death, Augustus was on rest and relaxation from an Iraq deployment, the release stated.

On Monday, friends remembered him as diligent and disciplined. In September, he was selected as the 2nd Brigade Combat Team, 1st Armored Division Noncommissioned Officer of the Quarter. He was singled out among hundreds of his peers during the nominating process, and then he answered questions and interviewed with members of a selection board on topics ranging from actions on a raid to field sanitation.

In a September article in the base newspaper, he said he was "relieved" after winning the award. "Before I stood in front of the board," he told the Army publication, "I was beside myself with nervousness."

Augustus was preparing to compete for the noncommissioned officer of the year competition.

"He was eager to learn," said Sgt. Michael Rice, who in-processed Augustus when he arrived at Baumholder. "He was very focused and determined in his career."

Augustus is survived by his wife and 4-year-old son.

A memorial service is scheduled for 10 a.m. Friday at Chapel 1 on Smith Barracks.