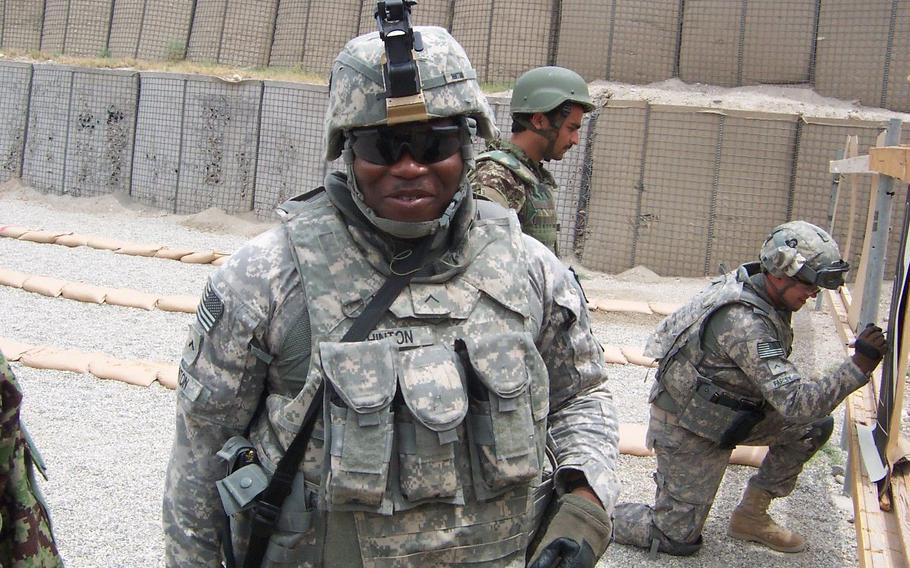 Sgt. Terrence Hinton, 36, of the 3rd Brigade Combat Team, 25th Infantry Division, was a passenger in a tractor-trailer towing heavy machinery that overturned in Hawaii. (via Facebook)

FORT SHAFTER, Hawaii — The Army has identified the soldier who died after a tractor-trailer overturned Sunday in Hawaii.

Sgt. Terrence Hinton, 36, of the 3rd Brigade Combat Team, 25th Infantry Division, was a passenger in the vehicle, which was towing heavy machinery in the northwest part of the Big Island.

Police said the driver — identified by the Army as Pfc. Marcus Smith, 20 — “lost control” during a left turn, and the vehicle overturned into a culvert. He was treated for minor injuries at a community hospital.

“We offer our deepest condolences to Sgt. Hinton’s family and friends and will keep them in our thoughts and prayers,” Maj. Gen. Christopher Cavoli, 25th Infantry Division commander, said in the statement.

Hinton, a native of Grand Rapids, Mich., served as a motor transport operator, an Army statement said. He enlisted in 2009, previously served at Fort Campbell, Ky., and moved to Hawaii last year.

The crash happened about 16 miles west of Pohakuloa Training Area, a joint-service training range operated by Army Garrison-Hawaii that hosts about 13,000 troops a year.

The 25th Infantry Division is based in Oahu.