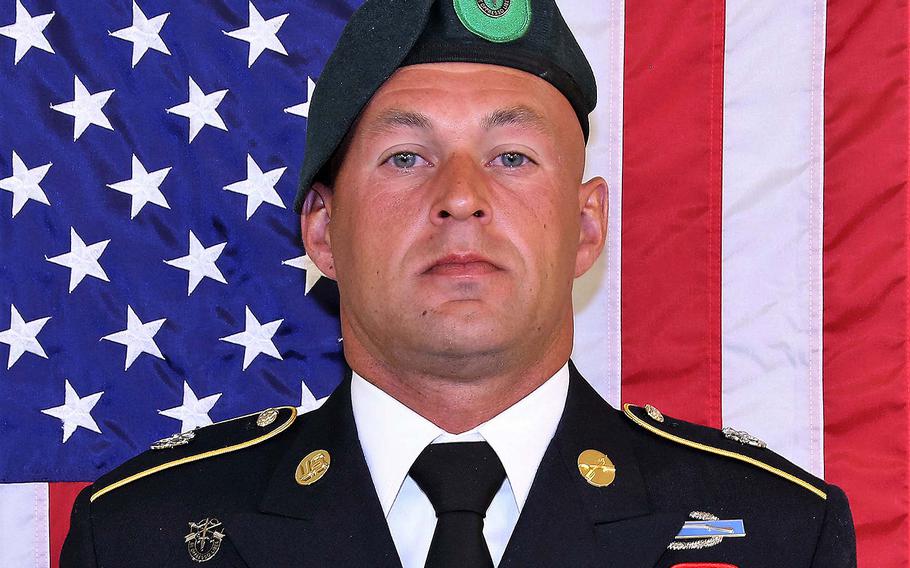 New Jersey Sen. Cory Booker identified Golin in a statement Tuesday, but the Pentagon did not release the slain soldier’s name until Wednesday.

Golin was the 16th U.S. servicemember killed in Nangarhar province since the beginning of 2015. It’s there that U.S. and Afghan forces have been aggressively battling an affiliate of the Islamic State, known as ISIS-Khorasan. The Taliban also operates in the province.

Four other servicemembers were wounded in Monday’s fighting. Two had returned to service as of Tuesday, and the others were being treated in stable condition, the military said.

Gen. John W. Nicholson, the top U.S. commander in Afghanistan, said in a statement Tuesday that he was deeply saddened by Golin’s death and offered his sympathy to the fallen soldier’s family and friends.

Golin’s daughter and mother reside in Englewood, Colo., and his father lives in Brooklyn, the news website NJ.com reported, citing a casualty announcement provided to members of Congress and governors.

Golin was born in Riga, Latvia, in 1983 and moved to the United States in October 2004, according to a biography provided by Lt. Col. Robert Bockholt, a spokesman for the U.S. Army’s Special Operations Command.

After enlisting in the Army in 2005 and completing basic training and advanced individual training, Golin was assigned as an infantryman with 3rd Battalion, 509th Parachute Infantry Regiment, 4th Brigade Combat Team (Airborne) at Joint Base Elmendorf-Richardson, Alaska.

He later volunteered for training to become a Green Beret and completed the Army’s Special Forces Qualification Course in November 2014, after which he was assigned to 10th group.

His deployment to Afghanistan in September 2017 with the 2nd Battalion, 10th Special Force Group (Airborne), was his fourth. He served in Iraq during Operation Iraqi Freedom served twice in support of Operation Enduring Freedom in Afghanistan.

In a statement, Booker said Golin had served with courage and distinction.

“Let us honor Sgt. Golin’s extraordinary courage by reflecting on his commitment to the nation he loved, and by recognizing the profound debt of gratitude we owe to him and to his family for their sacrifice,” Booker said.