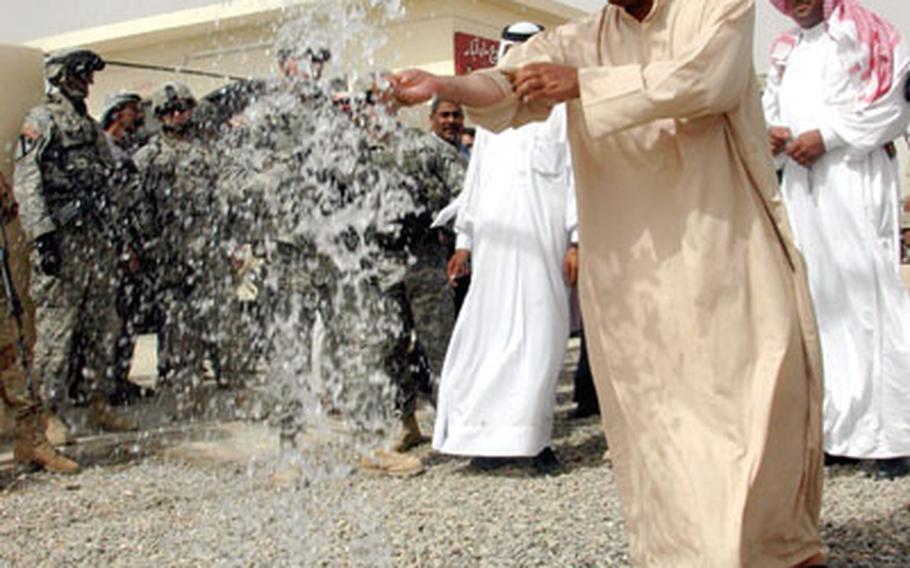 Rasheed Shaker Ali, a resident of the village of Gehawa, washes his hands and takes drinks of water from a new well paid for by the U.S. Army as part of various on-going humanitarian projects. (Les Neuhaus / S&S)

Rasheed Shaker Ali, a resident of the village of Gehawa, washes his hands and takes drinks of water from a new well paid for by the U.S. Army as part of various on-going humanitarian projects. (Les Neuhaus / S&S) 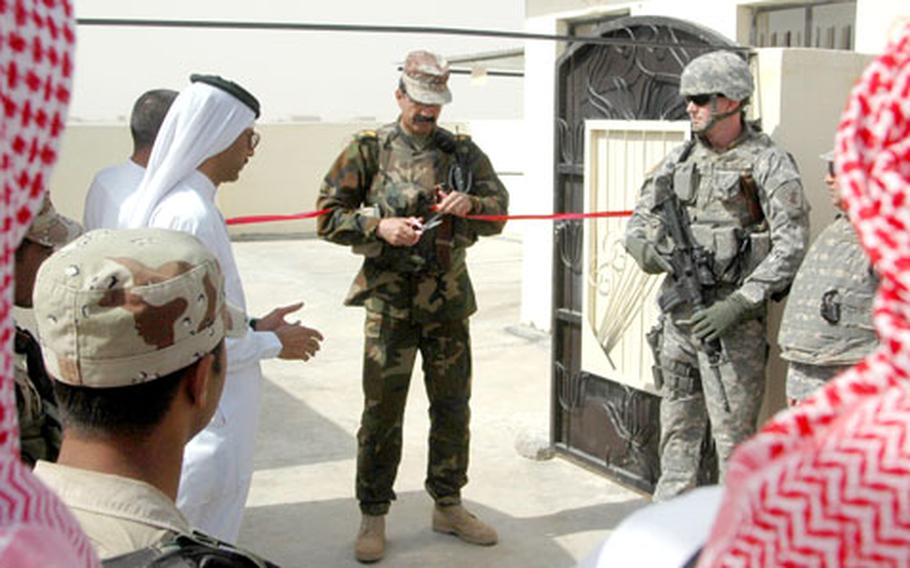 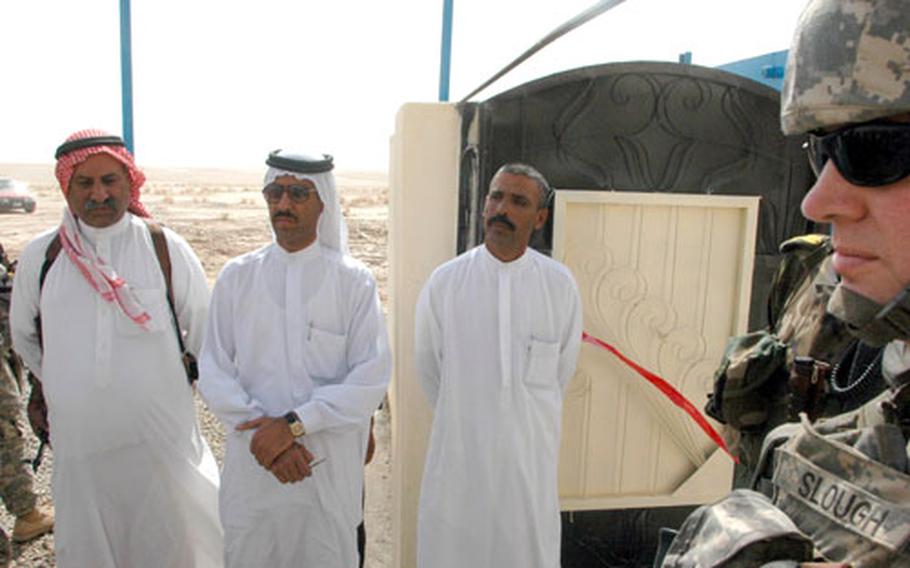 Staff Sgt. Larry Slough, of the 431st Civil Affairs Battalion, observes the opening ceremony. Two local sheikhs and one doctor look on as an unseen interpreter explains the gratitude of the local villagers, who will use the well to water their livestock. (Les Neuhaus / S&S) 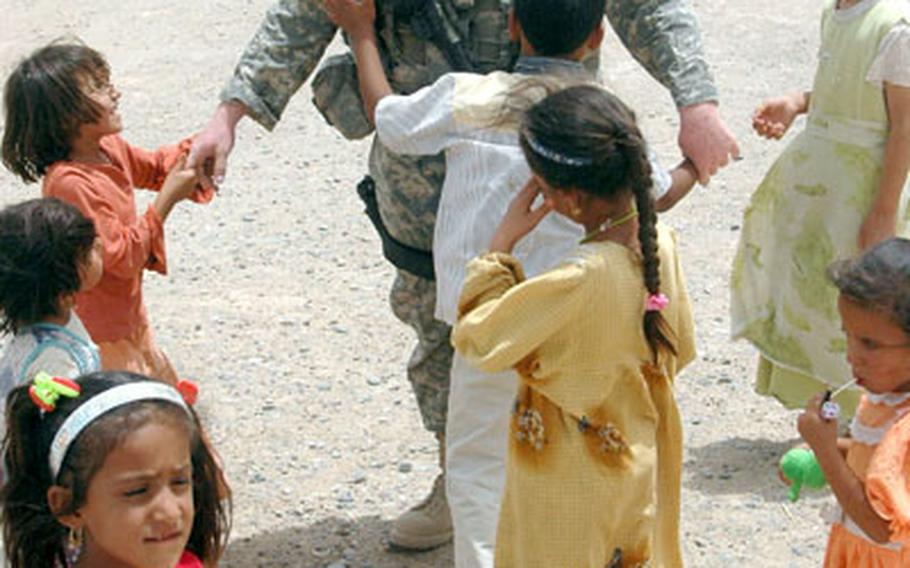 GEHAWA, Iraq &#8212; In the parched desert of Iraq&#8217;s remote north, Bedouin tribes rely on water for the survival of their livestock. But when it&#8217;s not around, the nomads will journey for days to find it.

For three far-flung villages south of Mosul, that constant quest has ended.

On Sunday, the tap to a new well flowed freely with water ready to be distributed to the local citizenry, with the U.S. Army picking up the $88,500 bill for the project&#8217;s construction.

The well, which will wind up providing water to roughly 20 to 30 families and their livestock, was the brainchild of the 431st Civil Affairs Battalion, currently attached to the 5th Battalion, 82nd Field Artillery Regiment, 1st Cavalry Division.

Each family in the area averages around 10 people, according to the village&#8217;s sheiks, who were at the ceremony.

The civil affairs soldiers work hard to find humanitarian projects that benefit impoverished Iraqi citizens, while at the same time putting a positive face on a U.S. military presence whose main mission is to root out insurgents.

The Army takes no fewer than three bids per project &#8212; with quality and cost factoring into the selection process.

Though building a well at a cost of nearly $90,000 might sound expensive, pumping that money into the local economy can have tangible benefits in cooperation for the long term, say Army officials.

When Iraqis see that the U.S. military is doing more than patrolling for a not-so-well-defined enemy, such as following through on humanitarian projects, barriers are broken down and stereotypes smashed. An understanding of each other&#8217;s well-meant intentions comes to light.

&#8220;This proves and supports our mission to the people &#8212; that if we achieve our goal to help them with the help of the U.S., then security can be established,&#8221; said Iraqi army Lt. Col. Raad Niif Haroosh, of the 2nd Battalion Command, 2nd Division, who cut the ribbon during the inaugural ceremony.

However, in some cases, a new resource can be a curse. Competition for water is fierce in some parts of the world and Iraq&#8217;s stark landscape is no exception.

In a region of the earth where material assets are often envied, a well is a valuable commodity. Tales of marauding raiders attacking wells in the deserts of Africa and Asia are as old as the sands on those continents, but Iraqi police seem to have a good foothold in the area, as remote as it may be. The well is tucked behind high walls with a spout sticking out over the iron gates for users, and the control buttons to its high-tech release flows are locked behind a solid door in a room in the well&#8217;s small compound.