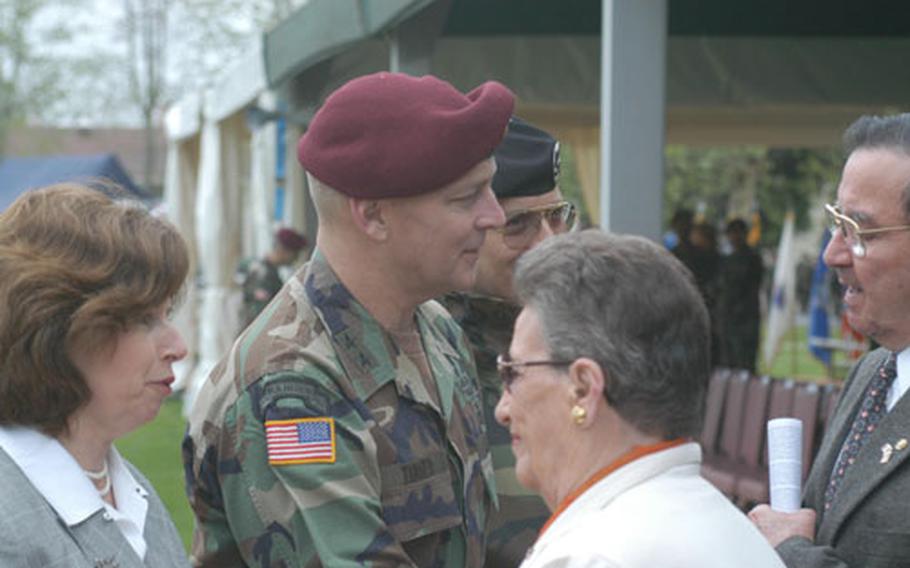 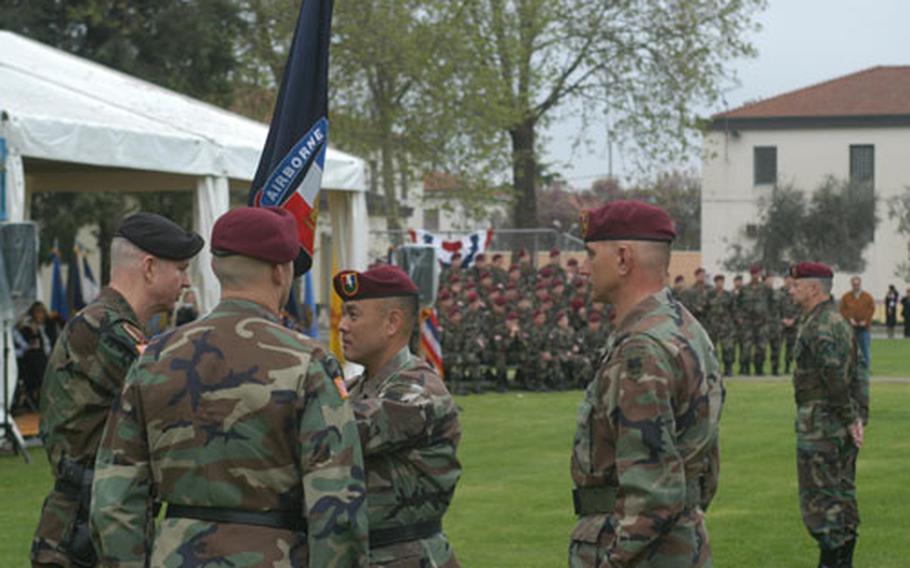 But his 17-month watch, which officially ended Friday, was arguably one of the busiest in that time.

Many of the troops under his command spent almost a year serving in Iraq after completing the first large-scale American combat jump of the 21st century. Turner himself spent months off the coast of Liberia leading an allied effort to bring peace to that war-torn country.

If Turner needed any tips about his new command, his successor is probably a good person to turn to. Brig. Gen. Jason K. Kamiya served as the 101st assistant division commander for support before heading the Joint Readiness Training Center in his last assignment.

Kamiya, who joined the Army in 1976, kept his remarks brief. He said he&#8217;s looking forward to taking command in a part of the world he&#8217;s never been assigned. He&#8217;s served at several posts in the States, Japan and Panama.

He&#8217;ll soon get experience dealing with America&#8217;s chief former adversary in Europe: Russia. In a few weeks, some SETAF units will travel to Russia for an exercise with Russian forces.

Turner thanked his Italian hosts and the soldiers under his command and said he&#8217;s sure SETAF is ready for whatever missions it will face.

&#8220;The U.S. Army of the future exists and lives right here in the Vicenza military community. The soldiers that work and live here are flexible, adaptive and competent. They are soldiers that every day know, embrace and live the warrior ethos.&#8221;