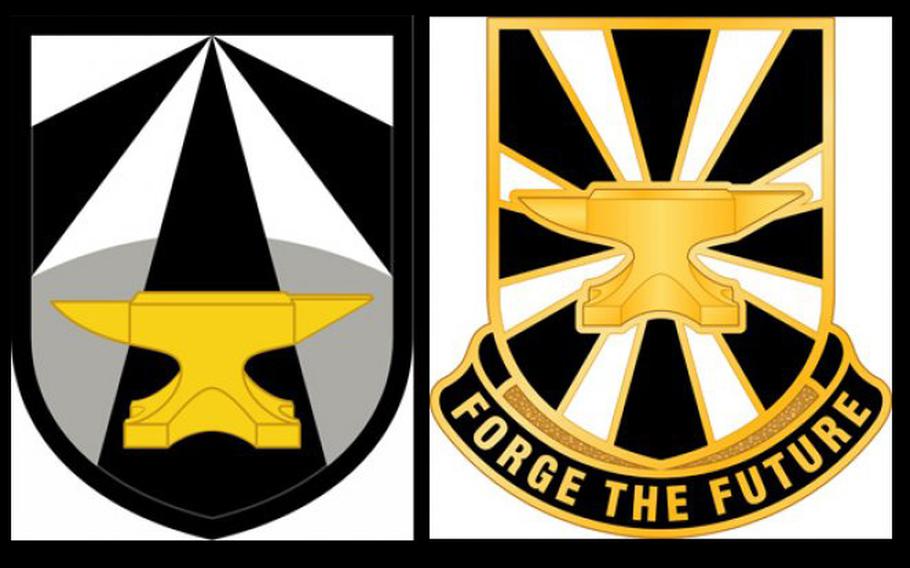 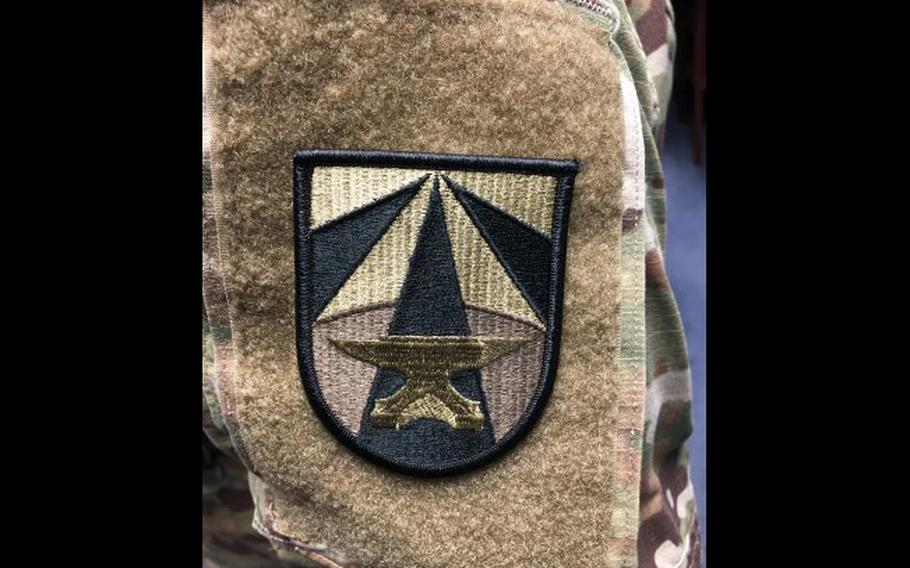 WASHINGTON — The soldiers assigned to the Army’s newest four-star command charged with modernizing the service’s warfighting equipment received their unit patches Friday, a significant step for Army Futures Command as it continues to grow since its founding this summer, a service official said.

The Futures Command patch, unveiled Thursday on the service’s website, features a golden anvil with a background of black and white stripes receding toward a horizon at the top. Officials with the Army’s Institute of Heraldry at Fort Belvoir in Virginia said the patch represented the command’s motto, “Forge the Future,” and invoked former President Gen. Dwight D. Eisenhower’s personal coat of arms, which featured a blue-colored anvil.

The patch made its first public appearance Friday at the Army’s Fort Eustis in Virginia where Army leaders gathered to officially rename the Army Capabilities Integration Center to the Army Futures and Concepts Center and transfer it from the command of Training and Doctrine Command to Futures Command.

The unveiling of the patch is a step toward Futures Command’s move toward full operational capability. The command, which is headquartered in Austin, Texas, is expected to be fully operational by next summer, according to the Army.

The patch has been in the works for nearly a year, according to Andrew Wilson, an artist with Institute of Heraldry who worked with Army leaders to design the insignia.

The anvil represents “fortitude, determination and perseverance,” according to the Army, while the black, white and gold represent the Army’s colors.

“This is something that is supposed to stand the test of time and just to play a part in it, it’s an honor,” Wilson said in the Army statement.

Wilson said he immediately thought of including an anvil after meeting with Futures Command leaders and discussing the “Forge the Future” motto.

“Taking away from the meeting, I tried to come up with something that would play off of that” motto, said Wilson, who took a blacksmithing class. “The first thing that popped in my head with ‘forge’ was blacksmithing and one of the key features of that is an anvil.”

At Fort Eustis on Friday, Gen. Mike Murray, the chief of Futures Command, sported the new patch and placed the new insignia on the uniforms of soldiers under his command.

Futures Command represents the largest reorganization for the Army since the 1970s, when the service created Forces Command and Training and Doctrine Command after the Vietnam War as it shifted its focus to Cold War operations.

“The goal is to ensure that we provide future soldiers with the capabilities that they need to fight, win and come home safely on a future battlefield,” Murray said Friday. “…This is not about us wearing the uniform today. This is about those who will follow us.”