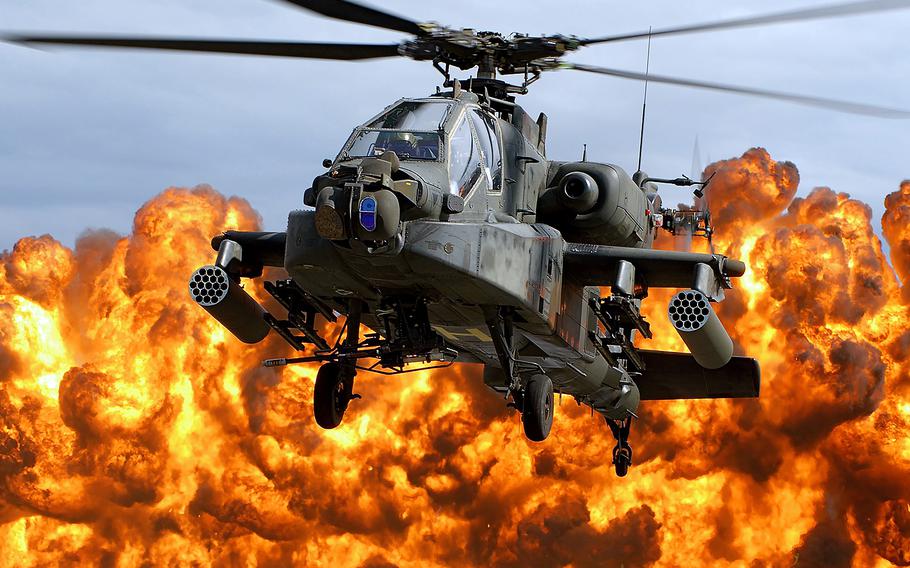 The Army’s 2014 Aviation Restructuring Initiative had called for removing all the National Guard’s attack helicopters. But the move would have a detrimental impact on the Army’s Total Force policy to better integrate the active and reserve components of the service, the National Commission on the Future of the Army stated in its about 200-page report released Thursday.

The commission, established early last year by Congress to examine the Apache issue after some lawmakers in Congress and the National Guard balked at the removal of the attack helicopters, spent 11 months examining the Army. It visited more than 300 units, interviewed governors, congressmen and all of the geographic combatant commanders to determine what the demands for future Army forces would be, said retired Army Gen. Carter Ham, the commission’s chairman.

In its report, the commission makes more than 60 recommendations considering national security issues — such as the war in Afghanistan, the war against the Islamic State group, Russian aggression in the Ukraine and Syria, and North Korea — and the other issues the Army could likely face through the next decade.

Those recommendations included maintaining at least 980,000 soldiers across the active duty component, the National Guard and the reserve. It determined the Army must maintain at least 450,000 active soldiers as “the absolute minimum personnel levels to meet America’s national security objectives.”

It also called for the Army to maintain 11 active duty Combat Aviation Brigades, including one permanently stationed in South Korea; stationing an armored brigade combat team permanently in Europe; funding the Army at President Barack Obama’s 2016 budget request level at a minimum, and maintaining the all-volunteer force, which it called “a national treasure.”

Under the Aviation Restructuring Initiative, or ARI, all of the Guard’s 192 Apache helicopters would be transferred to the regular Army beginning this year, in part to offset the loss of the now-retired OH-58 Kiowa scout helicopters. That plan called for the National Guard to receive 111 UH-60 Black Hawk helicopters from the active component in exchange.

National Guard leaders asked six battalions of Apaches be retained in the Guard to maintain the link with active duty aviators and to provide strategic depth and combat reserve power, critical roles of the Guard.

“There’s no surge capacity under the ARI, because there are no Apaches in either the Guard or Reserve,” said former Pentagon Comptroller Bob Hale, the leader of panel’s Aviation Subcommittee.

Maintaining Apaches within the Guard, Hale added, would be consistent with the Army’s Total Force policy, touted by Chief of Staff Mark Milley, that maintains all of the Army’s components should be working together to build readiness to fight whenever they are called upon.

“The ARI works counter to the one Army goal of the commission,” Hale said. “Apaches would be an area under the ARI where there would not be a connective tissue between the regular Army and the guard … meaning they could train together in peace time and if necessary fight together in war.”

The Army did not have an immediate response to the recommendations, said Brig. Gen. Malcolm Frost, the service’s public affairs chief.

“We are currently assessing the report and expect its recommendations to provide opportunities to strengthen the effectiveness of our force,” Frost said in a prepared statement. “That assessment process will be led by the secretary of the Army and chief of staff of the Army and include the coordinated efforts of the director, Army National Guard and chief of Army Reserve. The Army’s evaluation of the costs, benefits, and risks outlined is just now beginning.

“We thank the commission for their insights and hard work.”