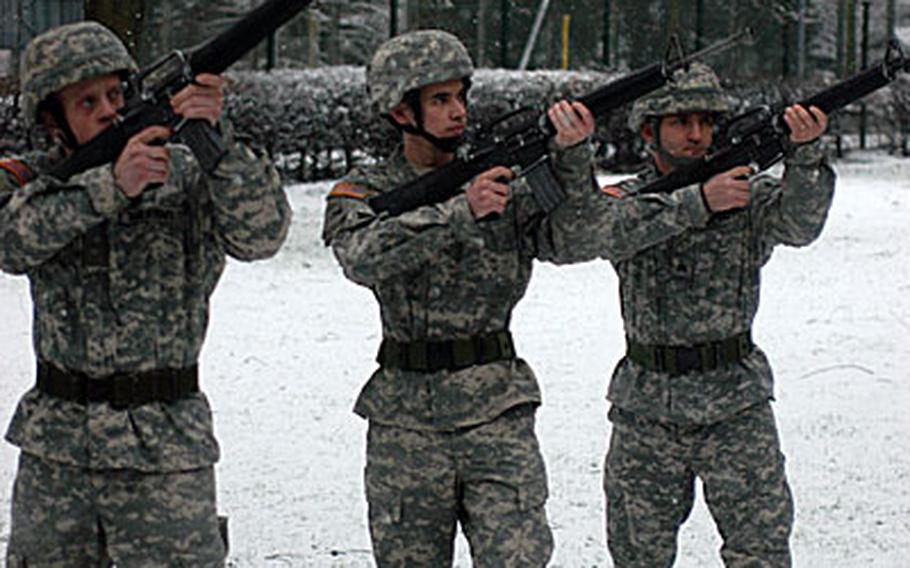 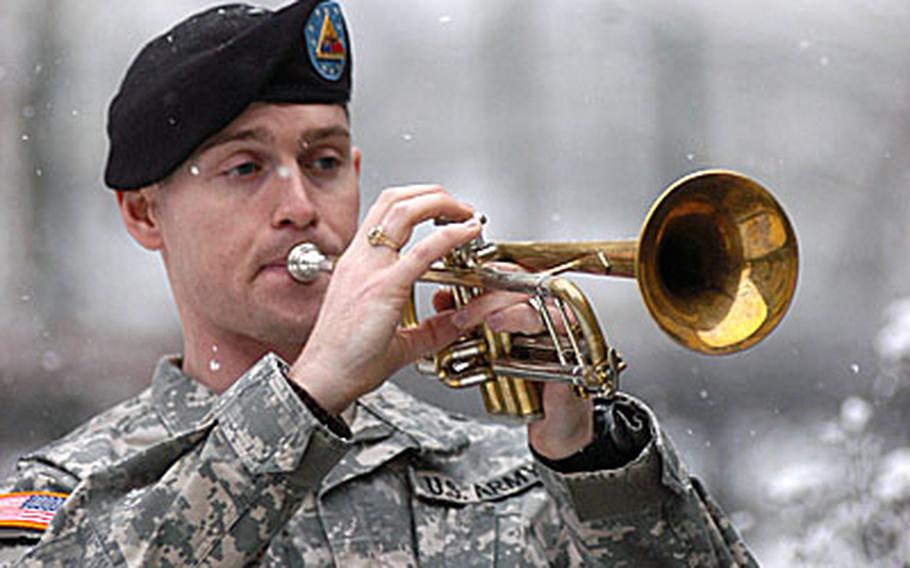 Two soldiers killed in Ramadi, Iraq, in February now appear to be victims of friendly fire, the Army said Thursday.

McPeek, 20, of Tucson, Ariz., was on his final mission before returning to Germany, officials have said. Zeimer, 18, of Glendive, Mont., who had been in Iraq for a week, was reported to have arrived at the combat outpost just hours before the incident.

Military officials at McPeek&#8217;s Germany memorial service originally said the two were killed by small-arms fire. Later, members of McPeek&#8217;s unit said both had been killed by a large-caliber round that struck a wall near their observation position at Combat Outpost Grant.

On Thursday, military officials confirmed that a follow-up investigation by McPeek&#8217;s unit suggests that friendly fire might have caused the deaths.

&#8220;Following the initial report, additional analysis indicated the possibility that the two soldiers killed in action were killed as a result of friendly fire,&#8221; an Army statement e-mailed to Stripes on Thursday reads. &#8220;On March 31, upon receipt of this new development, casualty assistance officers informed the families of both soldiers that they may have been killed by friendly fire, not enemy fire as originally reported.&#8221;

&#8220;The Army Regulation 15-6 unit-level investigation into this incident currently is under review by military commanders in Iraq. Once the report is approved, the Army will offer both families personal presentations on the contents of the investigation.&#8221;

Rose Doyle, McPeek&#8217;s mother, declined comment on the new report when reached by The Associated Press.

Three other soldiers were wounded in the incident that killed McPeek and Zeimer.

&#8220;What this suggests is there was the confusion that you frequently find on the battlefield. As soon as there is information that contradicts the initial report about the circumstances of a soldier&#8217;s death, we notify the family about that suspicion,&#8221; Army spokesman Paul Boyce was quoted as saying by the AP.

Last August, the Army &#8212; spurred by high-profile cases like those of 1st Lt. Kenneth Ballard and Army Ranger Pat Tillman &#8212; ordered changes in the ways combat deaths are investigated and families are notified of the circumstances of each death.

&#8220;Army Regulation 600-8-1, Army Casualty Program, was revised to require commanders of deployed forces to initiate an AR 15-6 investigation into all hostile deaths,&#8221; the Army&#8217;s Thursday statement read. &#8220;The purpose of this policy is to apply a more thorough investigating technique to initial casualty circumstances to ensure families receive accurate information. A major or lieutenant colonel in the field reviews each initial casualty report to verify the accuracy of the information based on the best available evidence.&#8221;

According to the Army, as of the end of March 2007, in Iraq there have been 10 friendly fire incidents resulting in 14 deaths. Three other deaths are still being investigated, officials said.

In Afghanistan, there have been five friendly fire incidents, leading to seven deaths. One Afghanistan death is still being investigated.