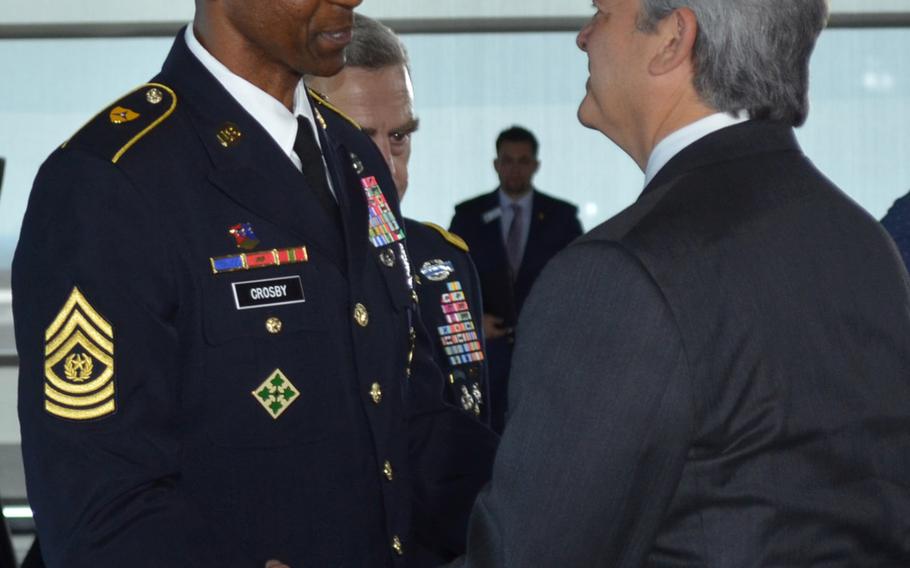 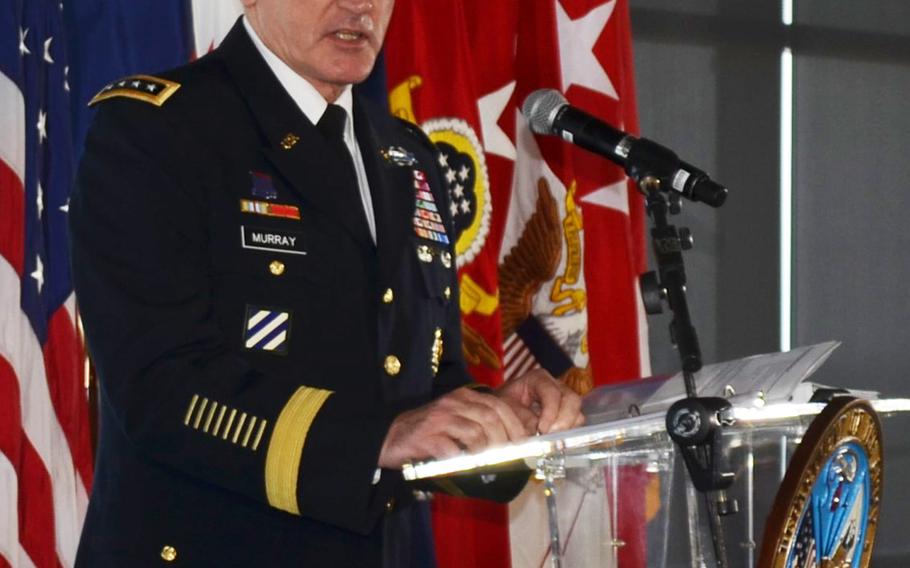 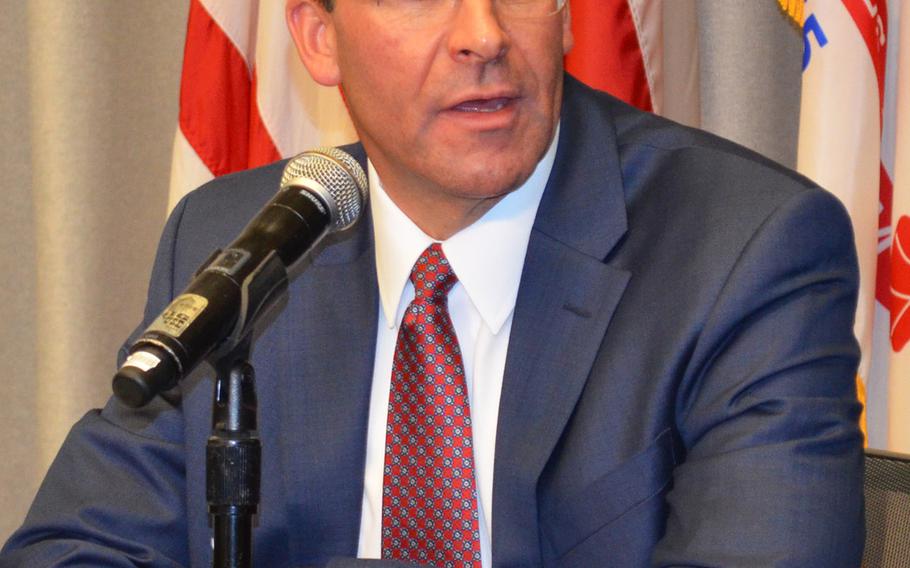 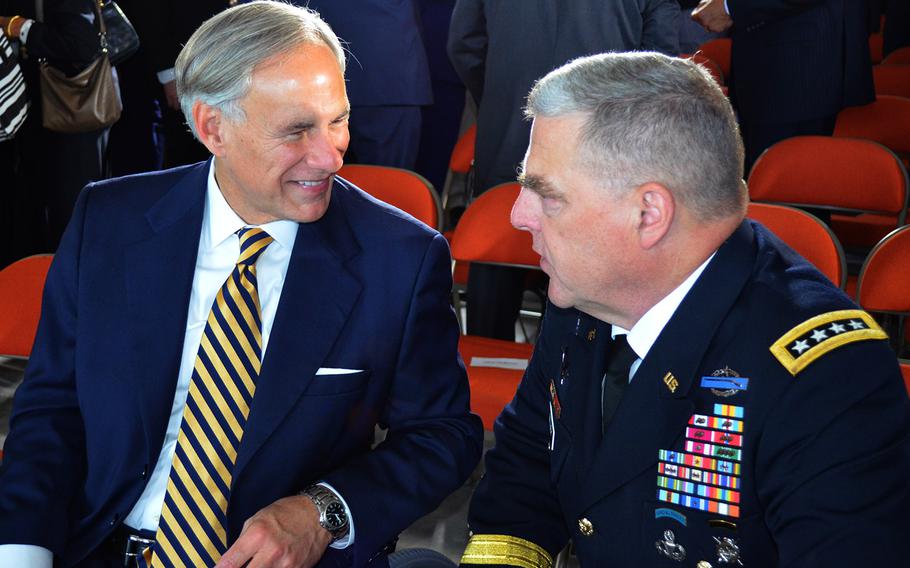 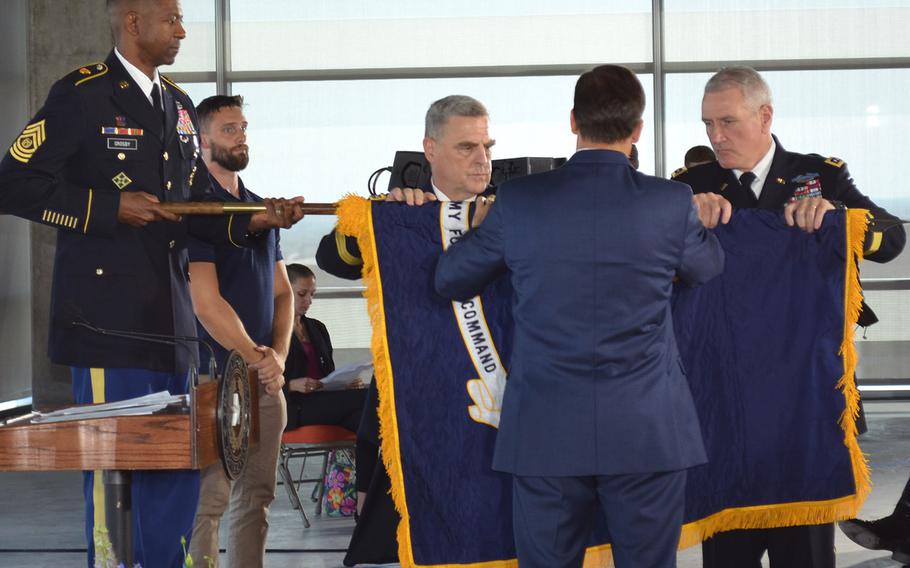 AUSTIN, Texas – It could cost between $30 and $50 billion annually for the Army’s Futures Command to work towards modernizing the service, Gen. Mark Milley, the Army’s chief of staff, said Friday.

In Milley’s formal remarks during an activation ceremony for the command at its new headquarters in downtown Austin, he said most of the Army is involved in today’s military operations. Futures Command instead will think about tomorrow’s fight.

“The only thing that is more expensive than preventing war is fighting a war,” Milley said. “The only thing more expensive than fighting a war, is fighting and losing a war. This command is all about setting the United States Army up to not only win on the battlefield, but to be decisive and absolutely dominate on the battlefield so that we inflict punishment and destroy the enemy at the least cost to ourselves.”

Futures Command hopes to help do that by working with technology companies, startups, academia and businesses of all sizes with ideas on how to modernize the Army and be prepared to fight forces of similar strength. The mission is to provide soldiers with the weapons and equipment they need, when they need them and ensure success on future battlefields – all at a much faster rate than the Defense Department’s acquisitions process allows now.

Milley said Futures Command would not have been formed if not for Sen. John McCain, R-Ariz., who announced Friday that he is discontinuing treatment for his brain cancer.

The general said he and McCain discussed the challenges of procurement about three years ago as Milley awaited confirmation as chief of staff.

“[McCain] said, ‘I want you to think about how you’re going to reform the Army’,” Milley recalled. “He planted that seed that we had significant challenges.”

They continued the dialogue for several months and slowly their talks developed into Futures Command.

On Friday, Gen. John “Mike” Murray took the helm of the new command with the support of its highest ranking noncommissioned officer Command Sgt. Maj. Michael Crosby. Together, the men unveiled the command’s flag on the 17th floor of an University of Texas System office building. It is the first time that the Army has established a command in the middle of an urban center.

The space’s still unfinished walls and ceilings showed the work ahead to get the Futures Command operational. With the expectation of employing about 100 soldiers and about 400 civilians, the cost of managing just the headquarters is expected to be about $80 to $100 million, or on par with the other four-star commands. The new command is included in the 2019 National Defense Authorization Act.

Milley said Murray has six months to get settled, and another six to start showing results.

While policies and procedures still have to be sorted out, Secretary of the Army Mark Esper said the command has to operate in the gray for a period of time so Murray can determine its best structure. He also outlined what a metric of success looks like by comparing it to the current acquisition system that he described as “over schedule and over cost on most programs.”

“Output will be Gen. Murray delivering on time, on schedule, the quality products our soldiers will need to fight and win,” Esper said. “That doesn’t mean he won’t fail along the way. If we fail that means we’re trying. We want to fail early and fail cheap.”

Aside from just modernizing equipment with better technology, Milley said the command will also serve as the Army’s “scout into the future.” Murray and his team will examine what future warfare could look like and determine how equipment needs must be adapted.

Milley gave the example of tanks that now have a main gun barrel with a maximum elevation of 45 degrees. If future wars are fought in more urban areas, as he anticipates, gun tubes might need high elevation. This new tank might also need more armor on top to protect from shots from rooftops.

“That’s an example of looking into the future of seeing the existing trends in technology, sociology, demographics, economics, politics, etc. It’s a multidisciplinary approach,” Milley said. “Where’s the world going to be at certain points in time and then what do we have to do in today’s world in order for our Army to be dominate in ground warfare in the future against near peer, great power competitors.”