Army doctor made new eyes for Iraqis during six-month tour 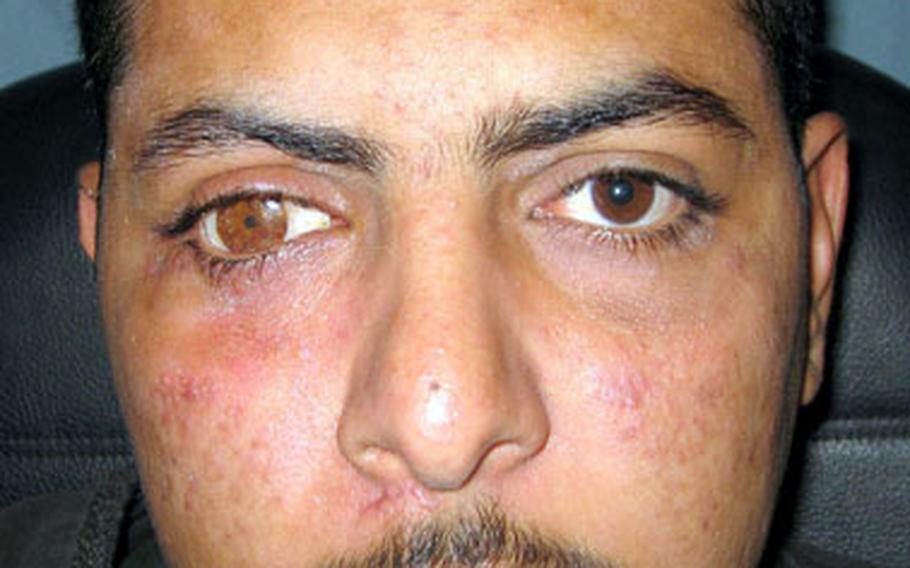 This Iraqi man received a prosthetic eye made by Dr. Arthur W. Bryant out of ceramics and paint. Normally, he would be able to meet with patients several times to match eye color and size, but he saw the Iraqi patients only once or twice. (U.S. Army)

CAMP ANACONDA, IRAQ &#8212; Since November, Iraqis who lose an eye have come to U.S. Army Dr. (Col.) Arthur W. Bryant, a dentist and doctor who uses paint and ceramics to give the Iraqis back what bombs and bullets had taken from them.

Bryant, of the 502nd Dental Company, recently completed his 10th prosthetic eye. It&#8217;s a nice way to end his tour, said Bryant, who is slated to return home Monday.

The El Paso, Texas, man said he does not get to know his Iraqi patients well because he only sees them once or twice, but he can tell they are appreciative of their new eyes.

The Iraqis who have received the prosthetic eyes have been &#8220;uniformly grateful,&#8221; Maj. Raymond Cho of the 332nd Air Force Theater Hospital, the eye surgeon at Balad Air Base, said in an e-mail Friday.

&#8220;While it does not affect the patient&#8217;s physical healing, it contributes a great deal to their psychological recovery and social well-being,&#8221; he said.

Bryant, who has 30 years of service in the Army, said that as part of his training as a dentist he learned facial reconstruction at the Roswell Park Cancer Institute.

He said when he learned he would be going to Iraq, he decided to take his equipment to make prosthetic eyes, knowing that losing an eye is a common wartime injury.

After he arrived at Camp Anaconda in October, he let it be known that he was trained to build prosthetic eyes, and in about a month he was starting to help wounded Iraqis, he said.

Bryant said his patients tend to be male Iraqi civilians, although one was a teenage Iraqi girl.

Most of his patients lost an eye from shrapnel caused by a roadside bomb.

Bryant said he starts treating his patients by taking an impression of the very thin space between the eyelid and the implant placed by surgeons who replaced the damaged eyeball.

He said he uses the impression to make a mold for the prosthesis, which he then paints to try to match the patient&#8217;s eye color. He admits the results can be lacking.

Normally, he would be able to meet with patients several times to match eye color and size, but he only saw the Iraqi patients once or twice.

Still, the process is rewarding, he said.