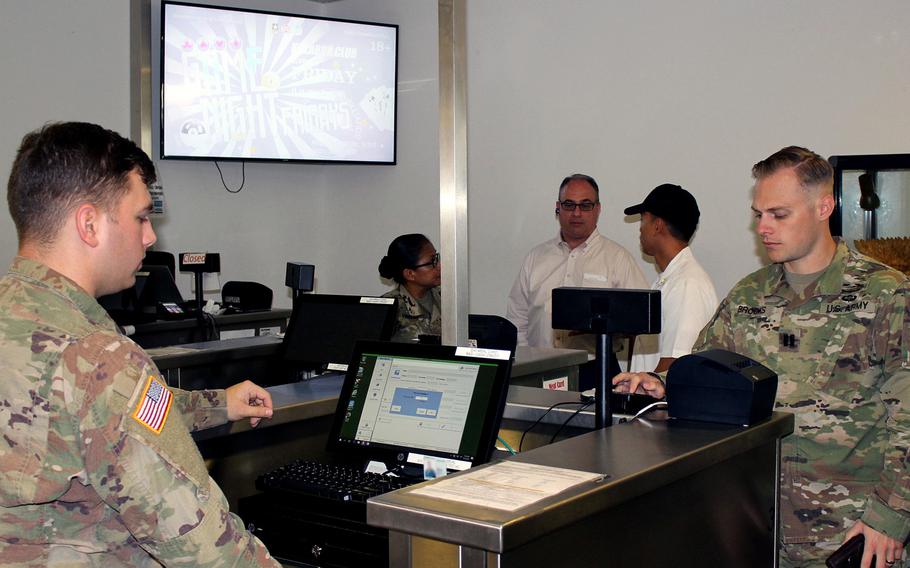 KAISERSLAUTERN, Germany — Soldiers at chow halls in Europe will now face another dilemma besides the choice between the main line and grill items: cash or credit.

The Army has finished setting up credit card machines and training personnel at all but one of Europe’s 15 garrison dining halls. At the single holdout — the Clock Tower Cafe at Kleber Kaserne in Kaiserslautern — new wiring has to be installed to support the new equipment, Army officials said.

The Army expects the system to be working at Kleber sometime in the next few months.

The Army hopes the upgrade will make it more convenient for diners to pay. While servicemembers receive varying levels of meal entitlements, many customers still must pay, including civilians.

The Army hopes the upgrade will make it easier for paying patrons.

“I prefer paying cash, but it’s great to have the option. Not everyone carries cash,” said Army Capt. Timothy Brocks, 10th Army Air and Missile Defense Command, in a statement.