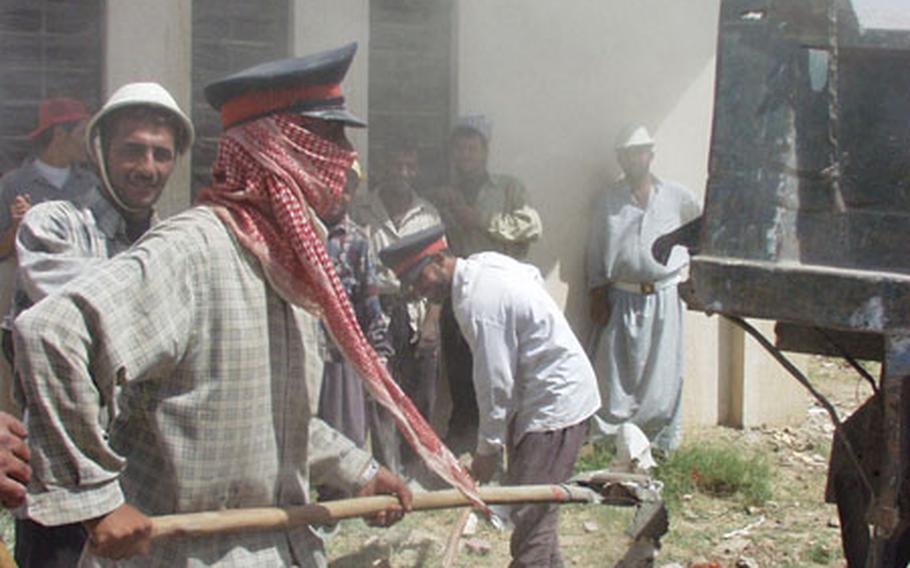 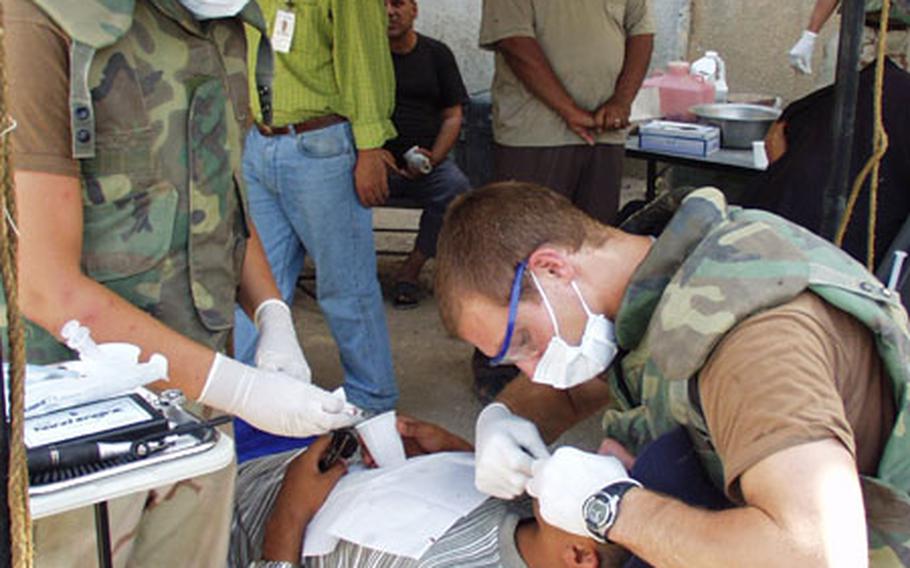 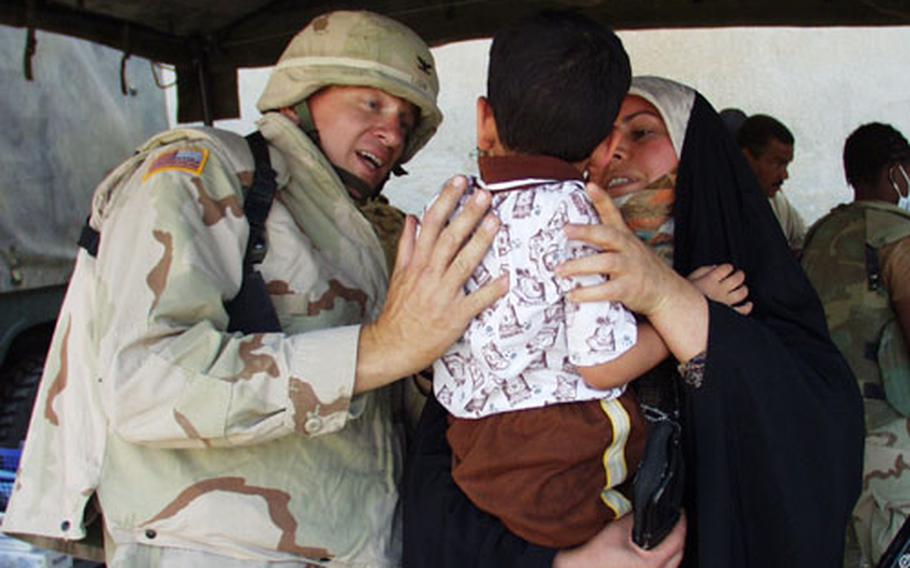 Col. Russell Czerw, commander of the 93rd Medical Battalion out of Heidelberg, Germany, tries to comfort a boy so that he could be given treatment by Army dentists. (Marni McEntee / S&S) 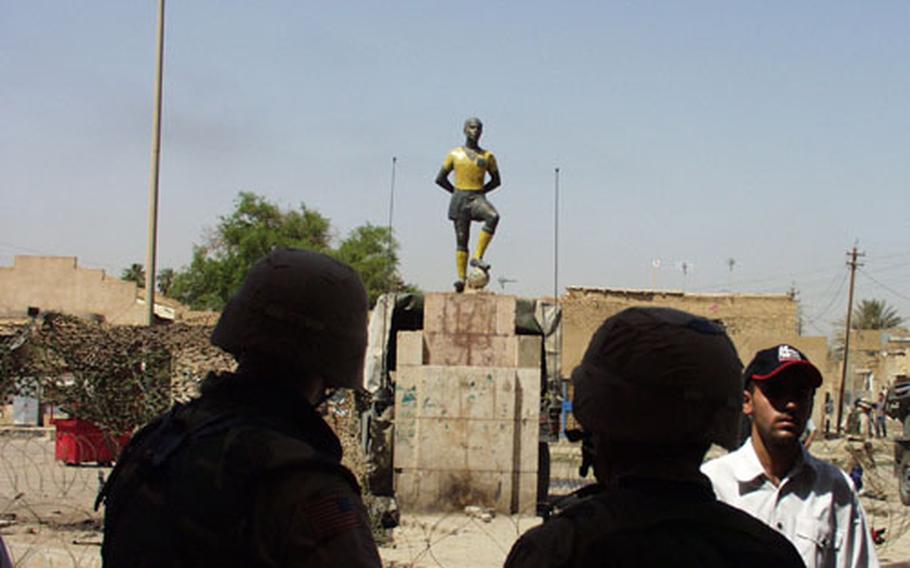 That&#8217;s the goal at Al-Kashafa soccer stadium in Baghdad, where 100 soldiers and as many Iraqi workers helped remove mounds of debris Sunday so the stadium can be used again.

The task force of military police, engineers, medics, dentists, and explosive ordnance experts targets an area each week and moves in to make things better.

The Al-Kashafa stadium was once home to a thriving soccer league. But three months before the war began, an Iraqi commando battalion turned the stadium into their headquarters, said Col. Will Grimsley, commander of the 3rd Infantry Division&#8217;s 1st Brigade Combat Team.

The Iraqi troops dug foxholes behind the soccer dugouts and stored munitions on the stadium grounds. When U.S. troops arrived, the Iraqi soldiers left their uniforms behind and fled. Then, the looters had their way with the stadium, ripping up fences, tearing off doors and throwing trash everywhere, Grimsley said.

After a week of advance work to hire workers, get supplies and organize U.S. soldiers&#8217; efforts, the fifth Task Force Neighborhood project began at the stadium on Sunday, Deraney said.

The project is a big departure from the work Deraney&#8217;s company did during the war &#8212; building landing strips for unmanned aerial vehicles and C-130 Hercules cargo plans.

During the cleanup, dentists from the 561st Medical Company out of Vilseck, Germany, set up a mobile clinic just outside the stadium doors.

Iraqis, who get little dental care, waited in line for one of the two chairs, where the most common procedure was tooth extraction, said Capt. Kale Gray, company commander.

With little to offer in return for the treatment, Iraqis from the neighborhood brought fresh oranges and watermelons for the soldiers.

On Sunday afternoon, the first game in the cleaned-up stadium was to be held &#8212; between soldiers and a local Iraqi soccer team.