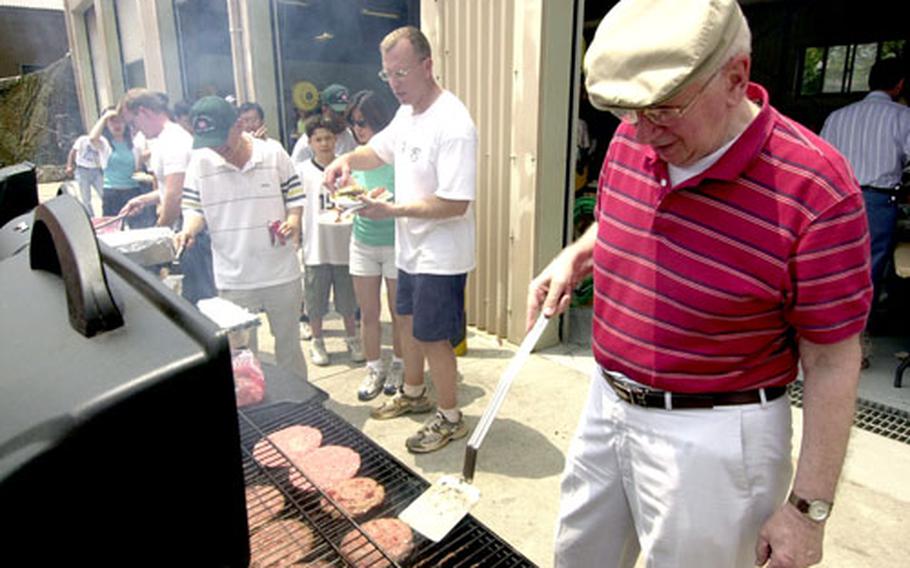 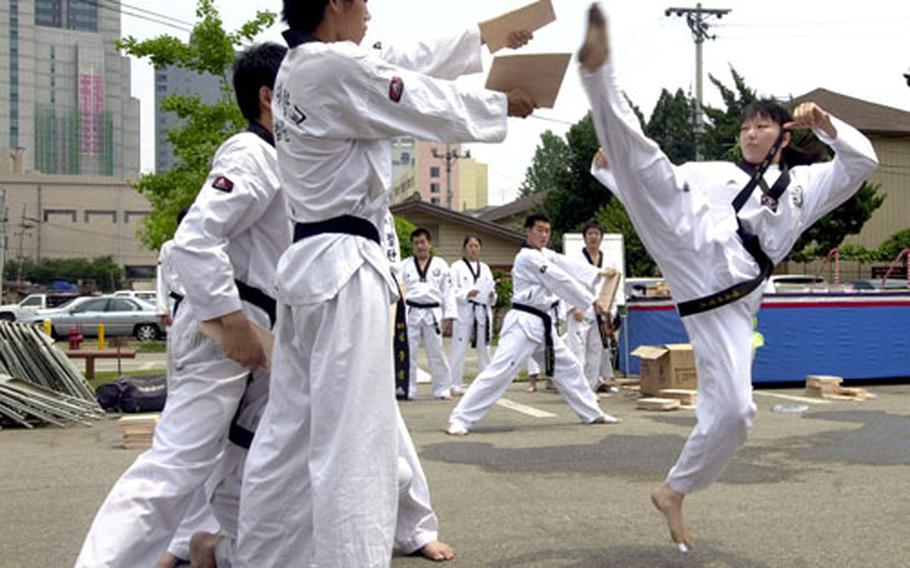 Members of the Kokkiwon University tae kwon do demonstration team warm up Friday before a performance. (T.D. Flack / S&S)

SEOUL &#8212; The Army Corps of Engineers Far East District held its 48th annual picnic at its headquarters in Seoul on Friday.

Hundreds of employees from across the peninsula and their family members packed the motor pool area for a barbecue lunch, games, a tae kwon do demonstration and singing contest.

Col. Janice Dombi, commander, said the day offered the chance &#8220;to be able to get the whole team together&#8221; to discuss the successes of the year.

Yi Chong-hui, 53, has worked for with the Far East District for 25 years.

She said she enjoys the teamwork that went into planning and hosting the day.

And Kim Hwa-yong, who&#8217;s worked at the compound for 26 years, said he helped organize the tae kwon do demonstration.

The 56-year-old employee is a tae kwon do coach and international referee. He was able to persuade Korea&#8217;s premier tae kwon do demonstration team, from Kokkiwon University, to perform on Friday.

The team wowed the audience, smashing boards, flipping through the air and sparring.