Army Corps of Engineers aims to bridge divide in Afghanistan 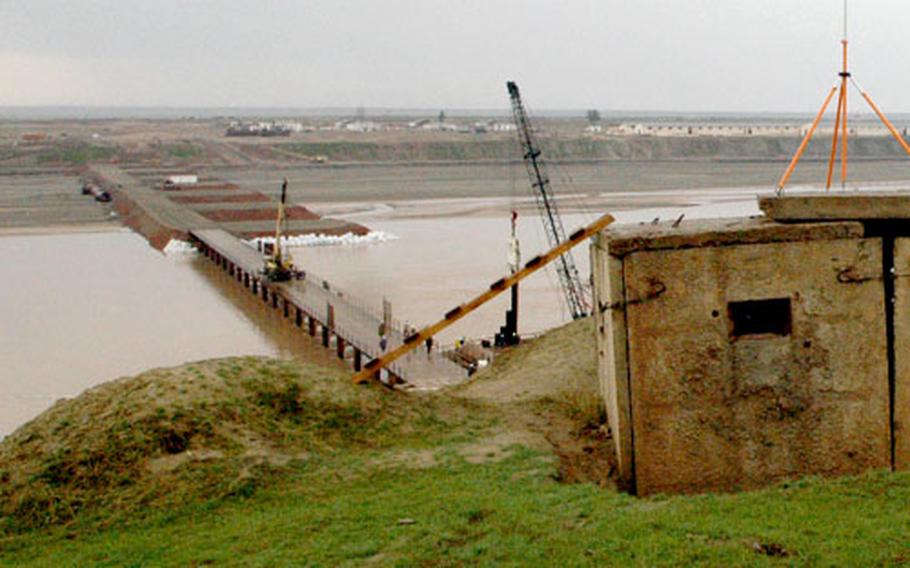 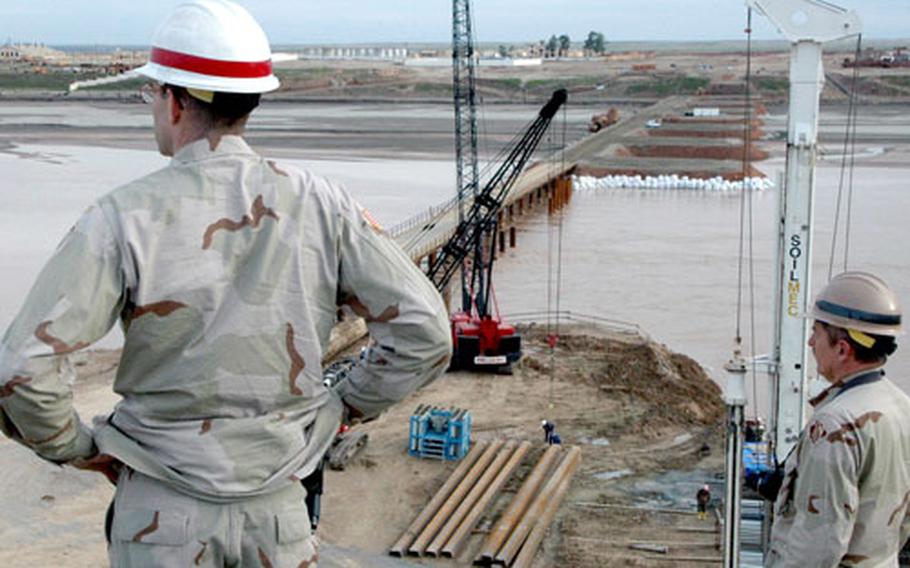 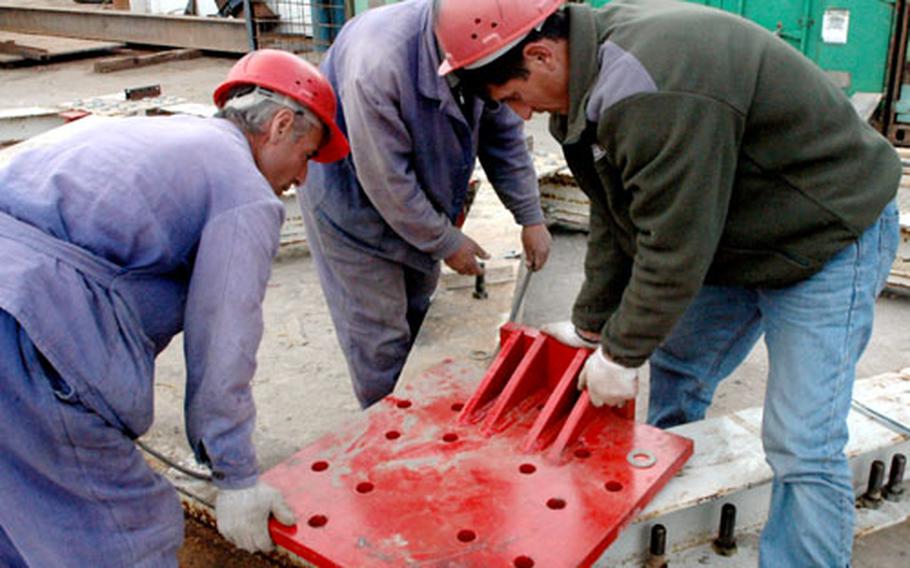 Workers put together a steel truss at the project site along the Tajik border. (Anita Powell / S&S)

NIZHNY PYANDZH, Tajikistan &#8212; On one side of the river, an abandoned Soviet observation post warily eyes Afghan territory. On the other side, the hillsides are embedded &#8212; quite literally &#8212; with rusted pieces of the Soviet war machine.

But soon, an American project will link two former adversaries, Afghanistan and Tajikistan, hopefully bringing economic growth and trade to much of Central Asia.

The bridge &#8212; which will span the Oxus River, famously crossed by Alexander the Great during his conquests &#8212; will provide a valuable trade route straight from Tajikistan to the ports of Pakistan, allowing overland movement of essential goods and hopefully, economic development in Afghanistan, Tajikistan and other Central Asian nations that avail themselves of the trade route.

Vladimir Lisitsa, the bridge&#8217;s quality assurance representative, stood proudly on a sandbar between the two banks during a recent workday, watching workers. Lisitsa, an American citizen who is a native of Ukraine, said he was impressed by the historical significance of the project.

Once the bridge opens, more than 1,000 cars are expected to cross the border daily, said Brian Walls, a civilian engineer who manages the project for the Corps of Engineers. The corps also will build border control stations on each bank.

Currently, the only way to cross the river is via a ferry that costs $15 per person, a stiff price for Afghans, whose average annual income is $800.

Project staff could not provide figures as to how much each side &#8212; Afghan or Tajik &#8212; would benefit economically from the bridge. But both sides of the bank already appear to be steeling themselves for a boom &#8212; new hotels have popped up on either side and residents and government officials from both nations say they&#8217;re optimistic.

Boy, who like many of the bridge&#8217;s 100-some construction workers spoke Russian, also pointed to the personal benefits: for the first time in years, he said, he is able to make use of his professional skills.

The site, much of which is concentrated on the Tajik side, is something of an international community. Indians work alongside Croatians, Italians, Byelorussians, Tajiks and Afghans.

Low-level construction workers &#8212; most of them Tajiks &#8212; are paid about $100 per month by the project&#8217;s contractor, a bridge official said. While the amount is paltry by Western standards, workers here say they&#8217;re happy to be able to get work at all.

Walls, who in addition to serving as project manager is also a resident engineer and the contracting officer&#8217;s representative, said he also hopes the completed project will send a message to those who use it.