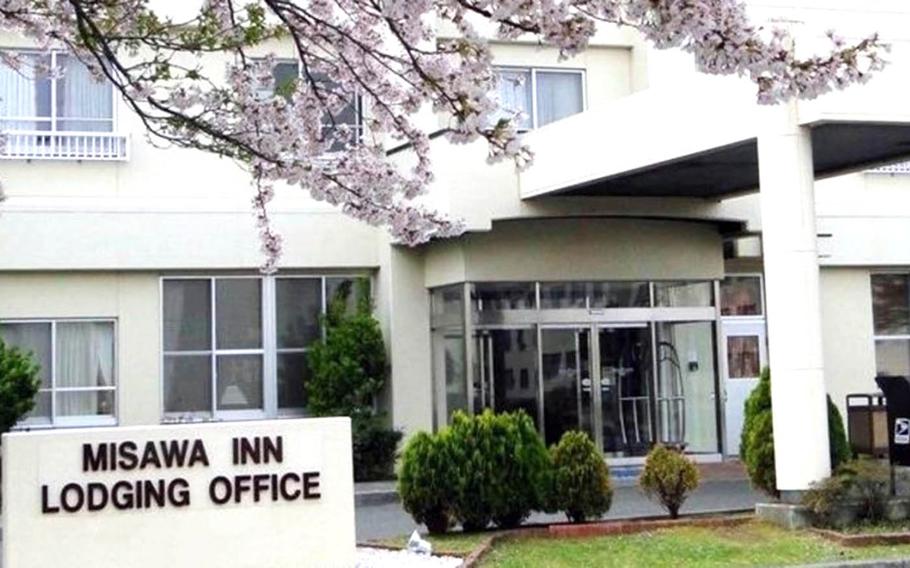 An Army contractor was found guilty Thursday on assault charges stemming from an altercation at Misawa Air Base, Japan, last November. (Screenshot from Air Force Inns)

YOKOSUKA NAVAL BASE, Japan — An Army contractor was found guilty Thursday in Aomori District Court on assault charges stemming from an altercation at Misawa Air Base last November.

John Roko Lee, 41, an employee at the Shariki Communications Site, assaulted two Japanese female workers at the Misawa Inn on Nov. 29, according to a Kyodo News report.

Roko was sentenced to 18 months imprisonment with hard labor, but his sentence was suspended for three years. The judge suspended Lee’s sentence because he expressed remorse for his deeds and paid about $22,000 in restitution, Kyodo said.

Court documents said Lee punched both victims and threatened one of them with a knife. He was found guilty on charges of bodily injury and physical violence.

An Air Force statement released at the time of the incident said a U.S. citizen was involved in a “physical altercation” with two Japanese employees at the hotel. One of the employees was injured and received treatment at a local hospital.

“This is a regrettable incident and our thoughts are with our two dedicated employees,” Col. R. Scott Jobe, 35th Fighter Wing commander, said in the statement. “They are valued members of our Misawa family. The safety of our personnel is always a top priority.”

The Shariki Communications Site is a small military facility staffed by about 30 soldiers and more than 100 contractors.