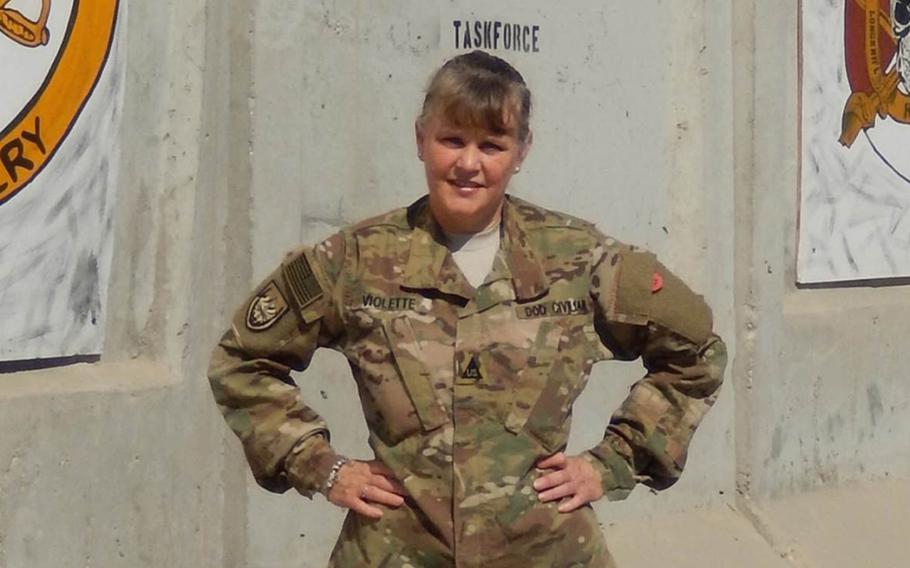 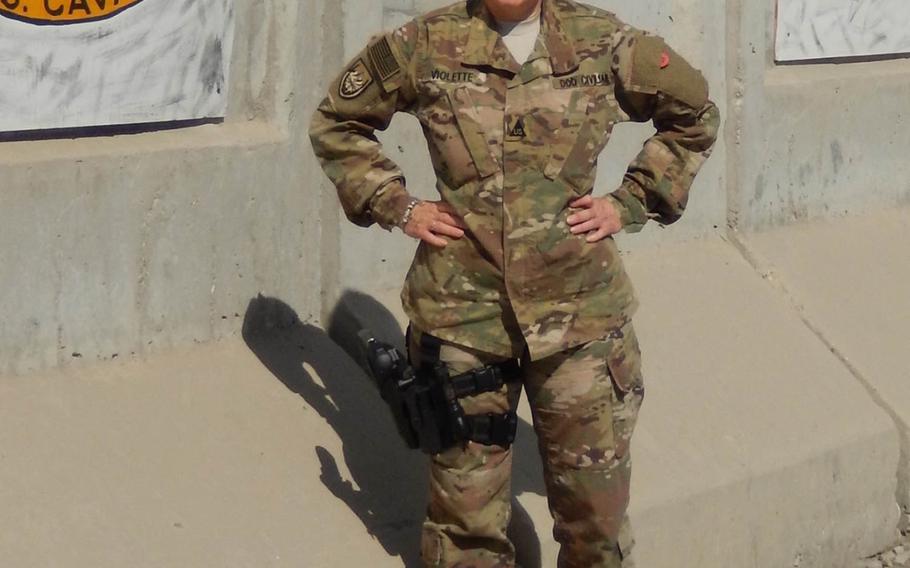 Chanteen Violette, an Army civilian logistician based in Vicenza, Italy, poses for a photo during her 2016 deployment to Afghanistan. A previous 13-month deployment there retroactively rendered her ineligible to receive a housing allowance. (Courtesy Chanteen Violette)

VICENZA, Italy — A long deployment to Afghanistan cost Chanteen Violette the housing allowance the Army initially granted and left her with a choice – pay for a costly overseas home or lose a promotion.

Violette, a Defense Department civilian, was considered eligible for living quarters allowance under Army regulations when she moved from Alaska and accepted her job in Vicenza three years ago.

But new Army guidance determined that she isn’t eligible for LQA because she wasn’t hired from the United States, even though she was considered a stateside hire under the 2013 policy in effect when she first took the job.

The new reasoning? To be counted as a U.S. hire eligible for LQA between 2013 and 2016, temporary duty assignments had to be “of a clearly short duration, up to 90 days, for any portion of the recruitment process,” according to the January 2018 guidance and an Army memo sent to Violette in April.

“A review of your LQA in accordance with the new guidance has determined that you are ineligible for LQA based on an extended (temporary duty) in Afghanistan,” the memo stated.

Violette spent 13 months in her job as logistician in Afghanistan, which the Army knew when they offered her LQA and her job as chief of plans and operations at the 405th Army Field Support Brigade Logistics Readiness Center-Italy.

“It blows my mind,” Violette said. “I entered into a contract with them. If Hewlett Packard or Northrop Grumman tried this there’d be a lawsuit in a heartbeat and they’d lose.”

It’s not clear how many Army civilians are affected by the new guidance. Emails and phone calls to U.S. Army Europe officials were not returned.

Violette’s case is another example of the myriad problems that the Defense Department has had in determining housing benefits, and how it corrects what are deemed errors in interpreting oft-changing regulations and guidance.

Violette isn’t being asked to repay the allowance she’s already received — unlike hundreds of civilians who learned in 2014 that they had wrongly received living quarters allowance, or LQA.

And her case isn’t being reviewed as a criminal matter, as were those of Army Reserve troops recently accused of larceny and fraud for receiving housing allowances the Army granted them while on temporary duty in Europe. The reservists have since filed suit.

“They keep telling me, ‘They’re not making you pay it back. You get another year,’” Violette said. “No, that’s not the point. This has adverse effects on me and my career.”

For Violette, losing her LQA will not only mean leaving a year early but also losing the time in grade she would have had from her recent promotion to the GS-13 pay grade.

If she were able to remain in Vicenza, she would have served as a GS-13 for two years, and been qualified to apply for GS-14 positions when she left in 2020. Now that won’t happen; she’ll be able to apply only for GS-13 positions.

“And if I have to exercise my return rights to Alaska, I will be demoted back down to a GS-12 since that is the grade of the position I have return rights to,” she said.

“For DoD to rescind its own guidance and retroactively implement it upon her case is not showing good faith on the part of the DoD nor the organization,” wrote Alex Menzies, director of the Logistics Readiness Center-Italy.

So far there’s been no response.

Violette said it seemed strange that civilian employees from 2013 to 2016 should be retroactively penalized for spending too long in a combat zone.

“We went outside the wire,” Violette said. “We stood shoulder to shoulder with the troops.”