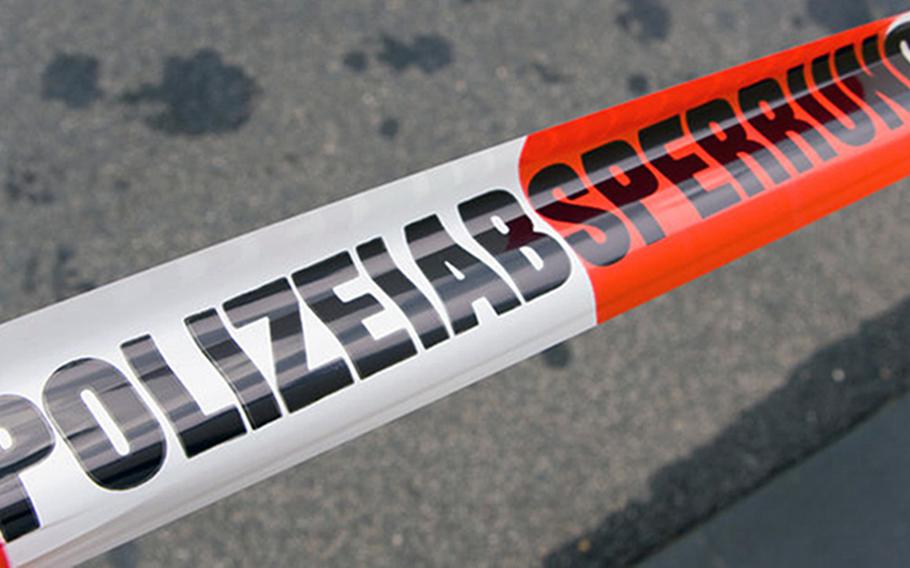 An Army civilian who fought off home invaders with a kitchen knife during an attempted robbery in Landstuhl Sunday evening is under investigation into whether he acted in self-defense when he fatally stabbed one of the perpetrators, German authorities said Tuesday. ()

KAISERSLAUTERN, Germany — An American Army civilian living near Kaiserslautern used a knife to fight back late Sunday against a group of burglars, stabbing and possibly killing one of the suspects during the confrontation, local police said.

Police said that four suspects attempted to force their way into the American’s home in Landstuhl, a community with a large U.S. military population.

“The apartment owner fought back against one of the offenders with a knife and injured him,” a statement said. The burglars, including the injured man, fled the scene, it said.

A short time later, a 43-year-old injured man was found lying on a street in the nearby village of Krickenbach, the statement said. He later died at the scene. Police said they are now investigating whether the man was one of the burglars who was injured in the confrontation.

“A special commission has been set up to investigate the link between the two incidents,” police said.

Bernhard Christian Erfort, a police spokesman in Kaiserslautern, said the American was 41 years old. Due to the ongoing investigation, he declined to comment on whether the American was injured in the confrontation or how many people lived in the home. The Army’s medical command in Europe said Monday it would cooperate with the investigation, but had no other details.

In 2016, U.S. military and German officials warned local residents to keep their homes secured after a string of break-ins in villages around Kaiserslautern. However, Erfort said that there has not been any recent increase in burglaries in Landstuhl.

The greater Kaiserslautern area is home to about 50,000 Americans with military ties.