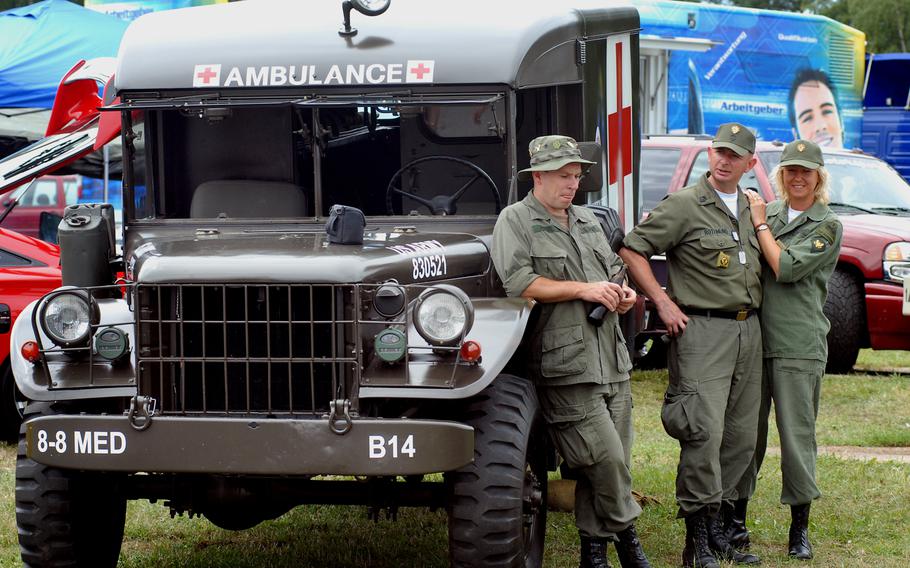 GRAFENWÖHR, Germany — Citing a tight budget and spending restrictions, the Army garrison in Grafenwöhr will cancel this year’s volksfest, an annual German-American carnival that drew more than 100,000 visitors last year.

Although a garrison press release issued Tuesday said the festival was to be “postponed,” it will actually be canceled for 2013, with tentative plans to hold it as scheduled in 2014, a spokesman clarified.

Held on garrison grounds annually over a weekend in August, the event draws tens of thousands of visitors from small communities near the post in rural Bavaria, as well as from larger cities like Nuremberg and Munich.

German vendors sell food and merchandise at the event, and some local units set up booths to raise funds. The festival includes displays of American and German military vehicles, as well as carnival rides and games.

Gerald Morgenstern, a local historian of the training area, said that, to his knowledge, the cancellation is the first in 56 consecutive years the fest has been held. He said last year’s attendance of 100,000 people over three days, made it the third largest volksfest for attendance per day, after Oktoberfest and Gaubodenvolksfest in Straubing.

The festival is a magnet for Germans living near the training area who are otherwise restricted from entering. Germans swooned for American ice cream and hamburgers offered at the festival in the 1960s, Morgenstern said, and they were awed by American weapons displays of the Cold War era, including “Atomic Annie,” the 280mm cannon built to fire a nuclear weapon.

“For me, it’s a big issue, because it’s good for the image of the American Army,” he said. “There come a lot of people because they never can come to the training area (otherwise).”

The cancellation will also be felt by civic clubs, such as the German American Community Council, known by the German acronym DAGA. For more than 30 years, the organization has used proceeds from running the festival beer tent to purchase food boxes for the elderly and needy around Christmas time, as well as candy bags for children attending Grafenwöhr‘s annual tree-lighting festival.

“Extremely disappointing,” is how the club’s American president, Jim Federline, described news of the cancellation. “Because all these families have anticipated these food boxes every single year at Christmas. They go to the social office in city hall and ask, ‘Am I going to get a box this year?’”

Garrison commander Col. James E. Saenz personally notified Grafenwöhr Mayor Helmuth Wächter and other German officials of the decision, according to the release.

In March officials announced that another volksfest, at the Army garrison in Hohenfels, also had been canceled.

The cancellations follow instructions from the Department of Defense restricting use of funds for non-essential events and celebrations, including military air shows. Fourth of July events across military garrisons are likewise expected to be pared down or canceled altogether.

Morgenstern, the historian, said locals are pessimistic the festival will be held again in the future.

“Most people say, if they cancel it this year, then it (will) never happen again,” he said. “This is the mind of the people, and I hope they are not right.”