Army chief of staff's Camp Zama visit a busy one 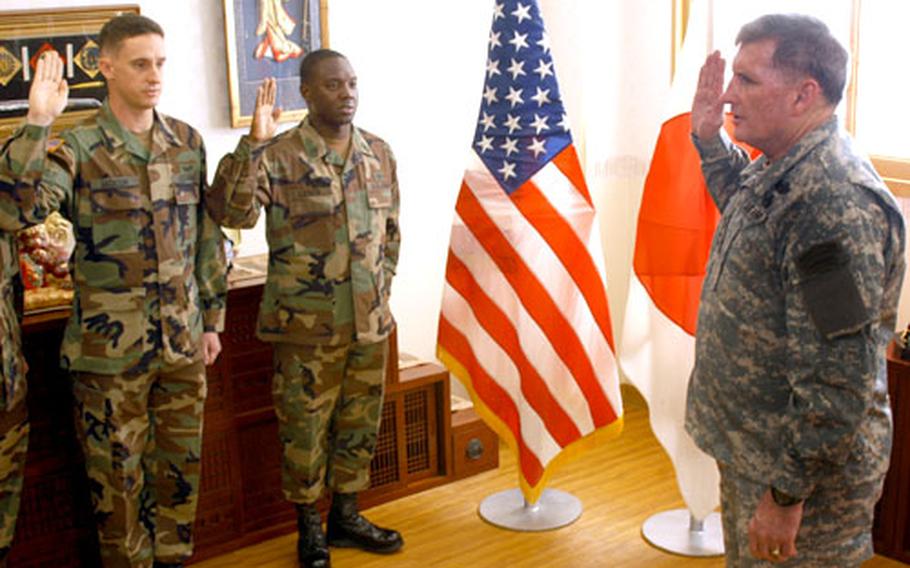 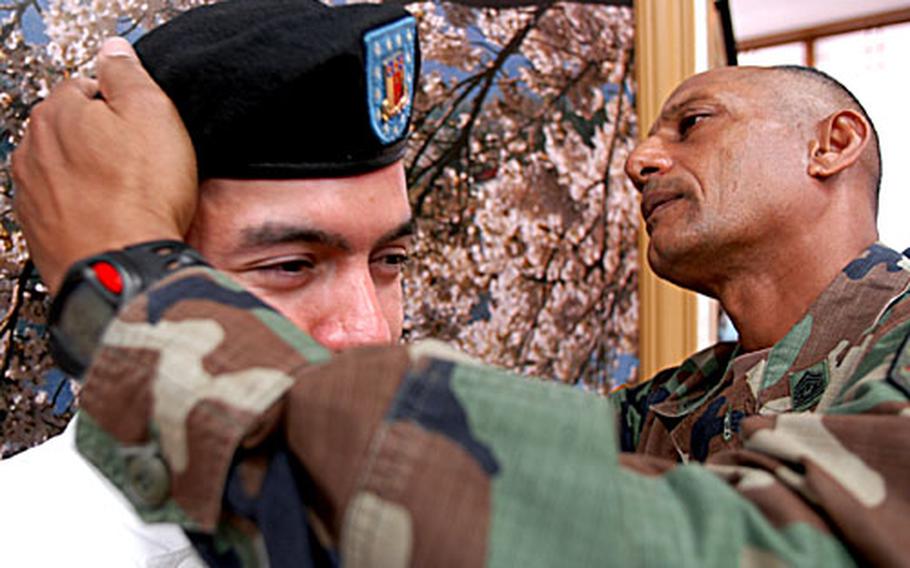 CAMP ZAMA, Japan &#8212; U.S. Army Chief of Staff Gen. Peter Schoomaker visited Japan this week for meetings with top U.S. and Japanese leaders and spent a few hours Wednesday with some of his troops.

Schoomaker, the top active-duty leader in the Army, at Camp Zama re-enlisted six soldiers, commended their families for supporting them and thanked personnel at the Army&#8217;s top-ranked small dining facility.

&#8220;It was primarily a visit with allies and senior leadership, and to see his soldiers,&#8221; Hopkins said.

At the re-enlistment, Schoomaker praised the soldiers for helping the Army meet its mission.

Schoomaker gave the six his coin and gave the soldiers&#8217; wives a certificate of appreciation.

Schoomaker also congratulated food-service soldiers at the camp dining facility, who earned the Philip A. Connelly Award in their size category for fiscal 2005. The soldiers each also earned a coin.

While at Zama, Schoomaker told Army leaders and top noncommissioned officers that the Army is on track with recruiting, enlistments and retention, particularly in deployed areas. Units are well-trained and well-equipped, he said, adding that the Army is also moving forward with quality-of-life improvements including barracks renovations worldwide.

The chief of staff spoke with Army leaders about the success of bilateral operations and training in Japan, including improvements to exercises and training between Japan and the United States.

Schoomaker also was scheduled to observe training at a Japan Ground Self-Defense Force camp and have lunch with cadets at the National Defense Academy.

Also during his visit, he met with U.S. diplomats and members of the Japanese Ministry of Foreign Affairs and Defense Agency.

According to a Japan Broadcasting Corp. television report Wednesday, Japanese officials asked Schoomaker to consider a reduction in forces in Japan, particularly on Okinawa.

The Army did not release information about Schoomaker&#8217;s meetings in Tokyo.

Schoomaker was next scheduled to visit South Korea.