Army chaplain who had served in Kuwait dies at Walter Reed 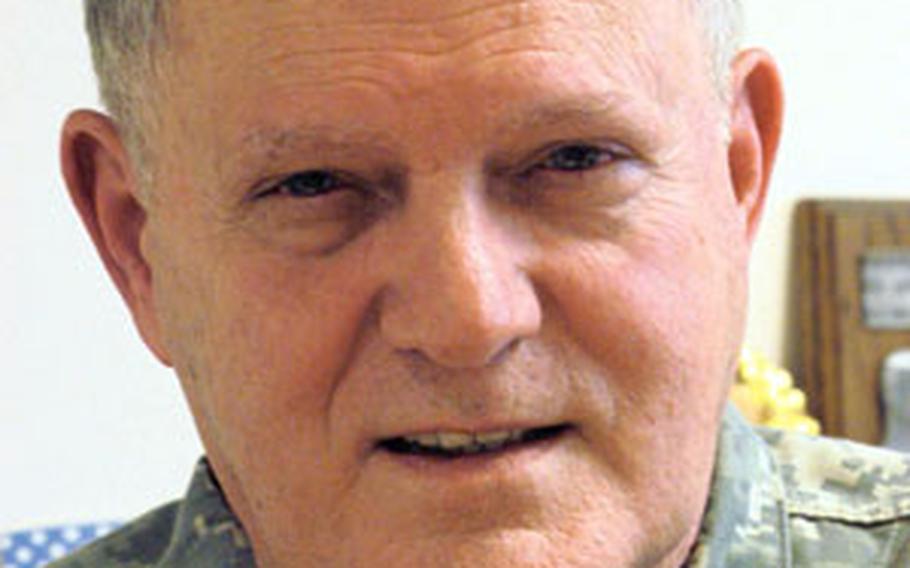 An Army chaplain who ministered to troops for decades died earlier this month after being medically evacuated from Kuwait to Walter Reed Army Medical Center, the Pentagon announced late Tuesday.

Chaplain (Col.) Sidney J. Marceaux, a Catholic priest, died Sept. 14 at Walter Reed "from a noncombat related illness," according to a news release. He had been serving at Camp Arifjan, Kuwait, before being transferred to the Warrior Transition Brigade at Walter Reed, officials said.

A memorial service was held Wednesday in Kuwait, a spokeswoman for U.S. Army Central said.

According to the Web site CatholicMil.Org, "during what was to be his final tour in Kuwait, the 69-year-old priest took sick and was sent to Walter Reed, where he died peacefully in his sleep."

The site quoted another Army chaplain in Iraq, who knew Marceaux, as saying, "It can accurately be said that he died with his boots on. He will truly be missed."

In an August 2007 interview with Stars and Stripes, Marceaux &#8212; who was then serving in the Benelux &#8212; said, "I loved dropping in on a FOB [forward operating base] where there were just a few guys, armed, tired, dirty and waiting for you."

"If something happens to them," he added, "they want to be reconciled with their creator."

Marceaux was raised in the rice fields of southwest Louisiana, and the Pentagon listed Beaumont, Texas, as his hometown in its news release. He had been set for retirement at the end of 2007, but because of a shortage of Catholic priests in the Army, requested one more active-duty tour.

The assignment that lured him back was ministering to troops in combat.

Marceaux joined the Army at age 17. As a member of the Texas National Guard from 1955 to 1963, he served as a rifleman, truck driver and radio operator.

He left the Army, finished college and taught social studies at a public high school. Then, in the mid-1970s, a weekend training stint that was part of his seminary studies brought him back to military service. That training was attending to wounded soldiers at Walter Reed Army Medical Center.