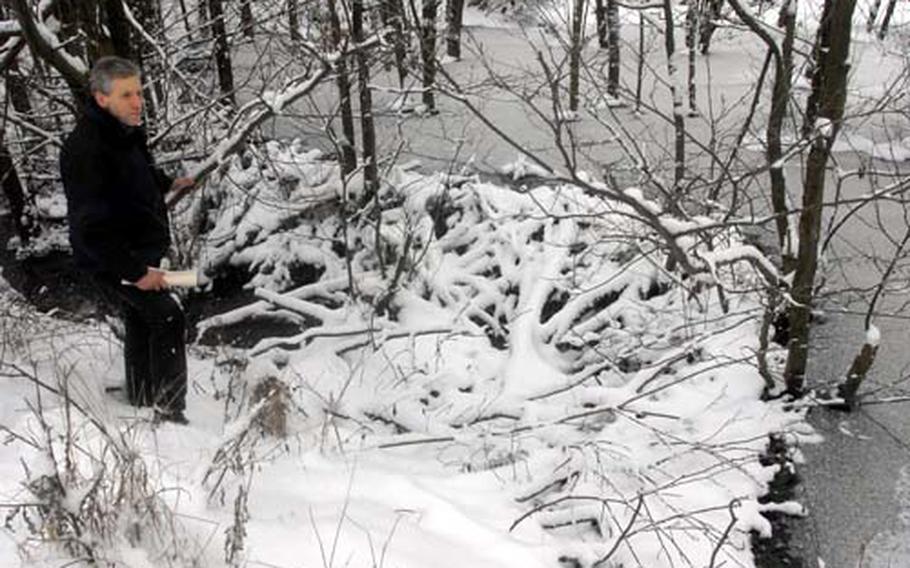 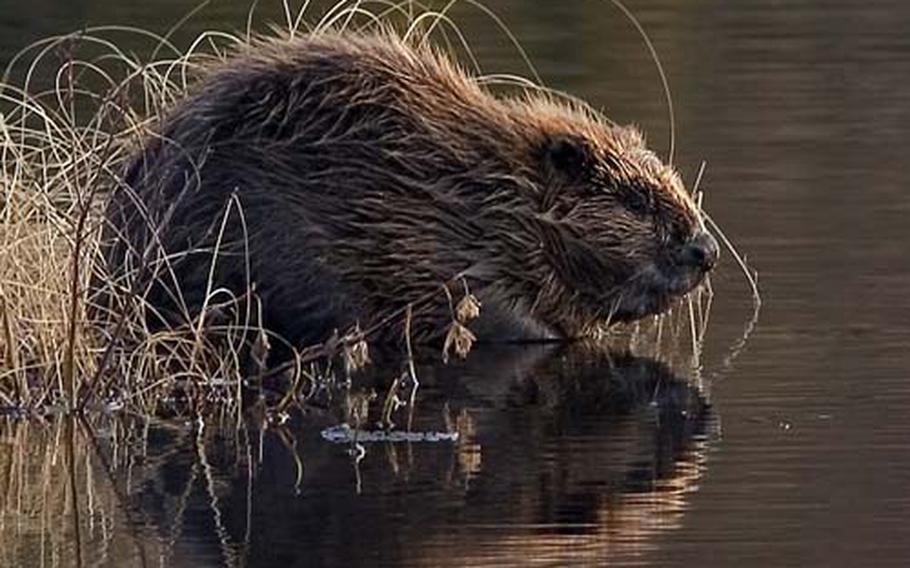 GRAFENW&#214;HR, Germany &#8212; Beavers, once near extinction in Europe, have been busy building dams inside Grafenw&#246;hr Training Area, flooding ranges and impacting military training.

Some 250 European beavers have been gnawing down trees inside the Army&#8217;s primary training site in Europe for soldiers headed to war in Iraq or Afghanistan. The beavers, which at about 66 pounds are larger than their American cousins, use the fallen wood to dam streams and create ponds that cover the entrances to their lodges.

The water in one creek in the 140-square-mile training area rose five feet after beavers built a dam, making the waterway impassable to soldiers walking through the area, said Manfred Rieck, chief of Grafenw&#246;hr&#8217;s Public Works Environmental Division.

And beavers have been seen prowling inside the security fence at the training area&#8217;s East Camp, where $1 billion has been spent to build barracks, shops, gas stations and other new facilities for thousands of soldiers and family members who have moved to the area in recent years.

But the European beavers are included on the International Union for the Conservation of Nature&#8217;s &#8220;Red List of Threatened Species,&#8221; although the rodents are listed as &#8220;Least Concern,&#8221; which means the risk of it becoming extinct is low. It&#8217;s an amazing comeback for an animal that was pushed near extinction by the end of the 19th century, and was considered extinct in the German state of Bavaria in the 1970s.

So, the Army developed a beaver management plan that allows the beavers to coexist with the soldiers. The plan involves &#8220;compromises&#8221; that satisfy both beavers and soldiers, Rieck said.

For instance, removing a beaver dam is illegal in Germany without local government approval. So when a beaver built a dam and created a lake that submerged electronic cables for controlling range targets, the Army moved the dam a short distance. Simply destroying a beaver dam is not a good solution because a beaver can rebuild it in a night, according to Environmental Division biologist Peter Fleischmann.

So far, the Army has moved three beaver dams under the management plan, Rieck said. As long as the beaver still has access to the lodge it typically builds next to the dam, the animal will not build a new dam.

The plan also involved counting all the beavers and beaver dams in the training area, Fleischmann said, pointing out areas inhabited by Grafenw&#246;hr&#8217;s 54 known beaver families on a large map.

Before the beaver plan was developed, the Army had already built a tunnel that allows beavers and other animals to pass under an on-post road that many U.S. personnel use to drive between Grafenw&#246;hr and Vilseck, Rieck said.

The Army has even learned a thing or two from their furry little friends. Some of the beaver dams in the training area are useful in filtering runoff created by military training, and several of the 50 to 60 water retention basins in the training area were built by beavers, whose dams are particularly stable.

The Army has even tried to copy beaver dams by building basins out of wood instead of rock and concrete, Rieck said.