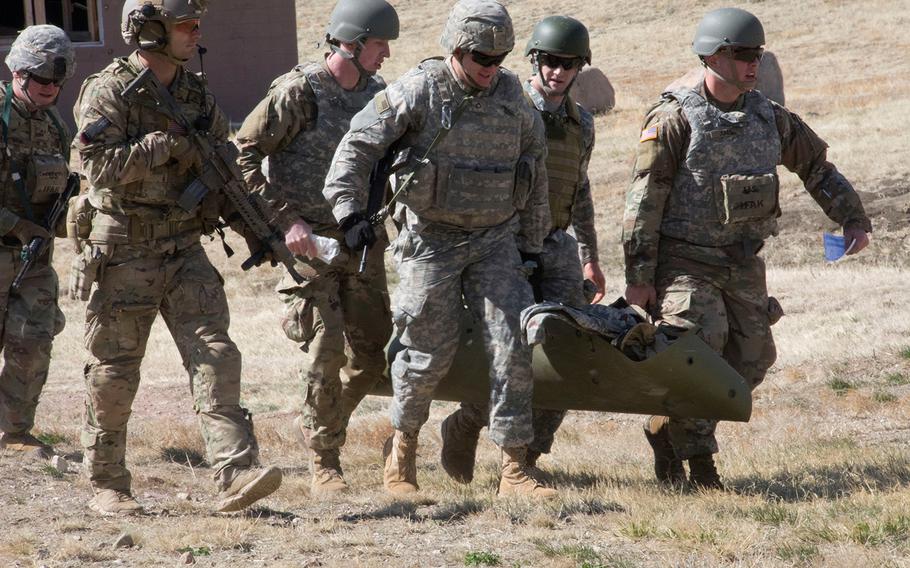 Pentagon and Army officials declined to provide the numbers of soldiers expected to deploy from the units, citing Defense Department security policy. The department began withholding those numbers last year after providing them for years.

The regiment consisting largely of mounted infantrymen who operate from armored Stryker vehicles, most recently deployed in the summer of 2016 to Afghanistan, where it helped train Afghan forces fighting the Taliban. It last served in Iraq in 2011, according to the Army.

The headquarters and Special Troops battalion of the Fort Campbell, Kentucky-based 101st Airborne Division Sustainment Brigade will replace the 3rd Infantry Division’s Sustainment Brigade in Afghanistan. The brigade will be responsible for logistics operations in Afghanistan, including ensuring food, water, fuel and ammunition are delivered to American and NATO forces. The rotation marks the unit’s fifth deployment to Afghanistan, according to the Army.

The brigade will replace the 1st Air Cavalry Brigade, 1st Cavalry Division based primarily in Germany and is expected to participate in upcoming training events in countries including Poland, Hungry, Romania, Lithuania, Latvia and Estonia, according to the Army.

The 4th Combat Aviation Brigade last deployed in 2015, serving a nine-month rotation in Afghanistan. Elements of the brigade also served there last year. The upcoming rotation will mark the unit’s first tour in Eastern Europe as part of Atlantic Resolve.