Army aims to curb theft at Iraq base by barring culprits 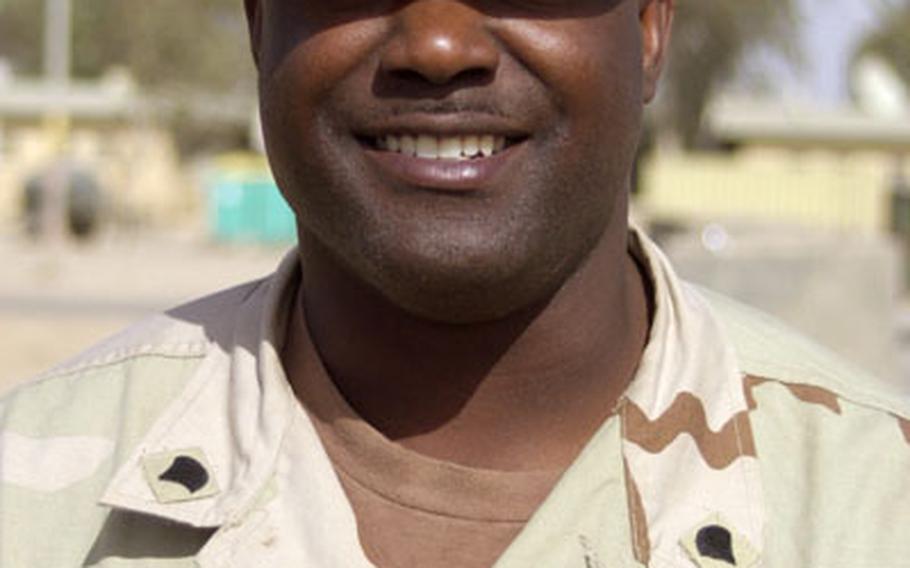 BAGHDAD &#8212; Spc. Darrell Houzah was shocked last week to see an Iraqi worker walking toward him carrying an M-16.

The 13th Corps Support Command soldier, assigned to the 4th Corps Materiel Management Company, approached the man and asked him why he had a U.S. military weapon.

After getting the weapon &#8212; which belonged to a 512th Maintenance Battalion soldier &#8212; Houzah called the military police.

The Iraqi worker was taken away for questioning. Eventually, the man was permanently barred from the base: the most severe punishment the Army can hand down to local nationals.

The Army has barred dozens of Iraqi workers from its bases in Iraq for stealing or committing other crimes while on post.

Unlike soldiers and Defense Department employees who work on bases, Iraqis are not subject to U.S. law or military justice. The only punishment the Army can hand out is barring the offenders from bases, Williams said.

While most Iraqi base workers are honest, some people will take anything, big or small, said Lt. Col. Tim Hill, provost marshal at Logistics Support Area Anaconda.

Another Iraqi base employee stole an 18-wheel refrigerated truck from a base contractor last week, Houzah said. The vehicle was recovered by the contractor off base, but the Iraqi man had disappeared.

There are 850 Iraqi employees working at LSA Anaconda, between 1,000 and 1,500 other Iraqis who go on post each day for various reasons, and about 1,000 third-country nationals working for contractors there.

About 40 Iraqis have been barred from the base in the last nine months, Hill said.

Hill said the decision to bar a local national is based on trust.

Hill said the only things Iraqis are allowed to take off base are things given to them by soldiers, although soldiers are discouraged from giving Iraqi employees too much. The Army worries that the workers may become too dependent on the base, he said.

All in all, the Iraqis aren&#8217;t committing many crimes, Hill said.