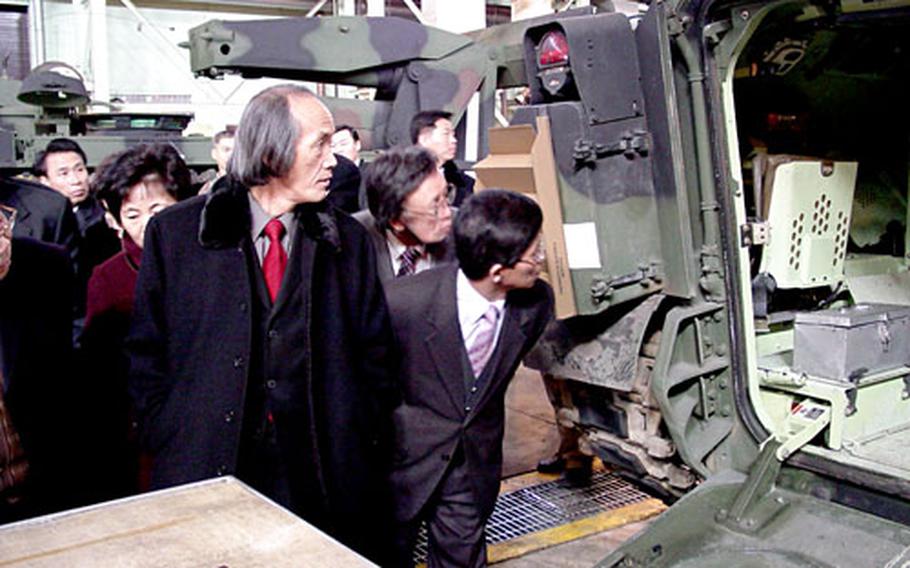 Local clergy peer into an armored vehicle at the Army’s Materiel Support Center-Korea during a recent tour of Camp Carroll. It was the first time post officials had hosted such a tour for local clergy. (Kang Ji-hun / U.S. Army)

Local clergy peer into an armored vehicle at the Army’s Materiel Support Center-Korea during a recent tour of Camp Carroll. It was the first time post officials had hosted such a tour for local clergy. (Kang Ji-hun / U.S. Army) 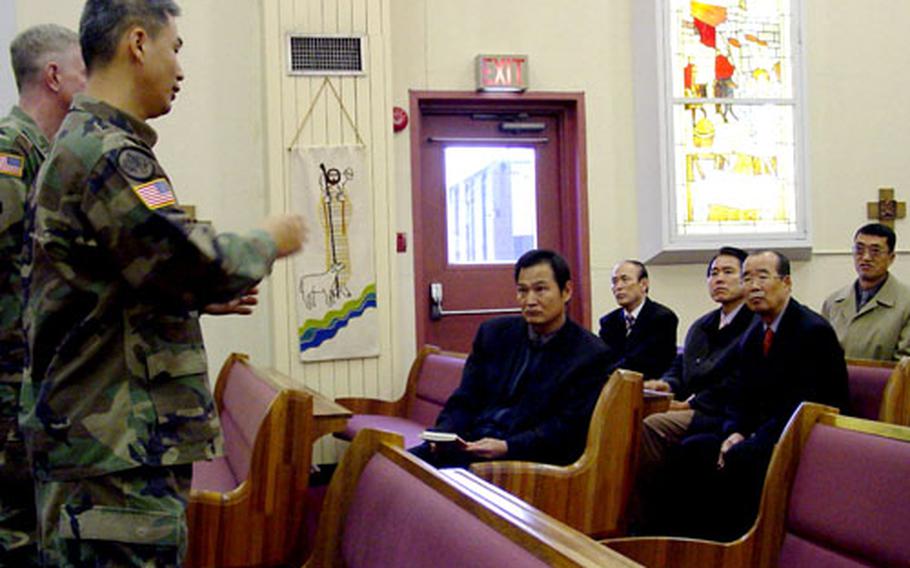 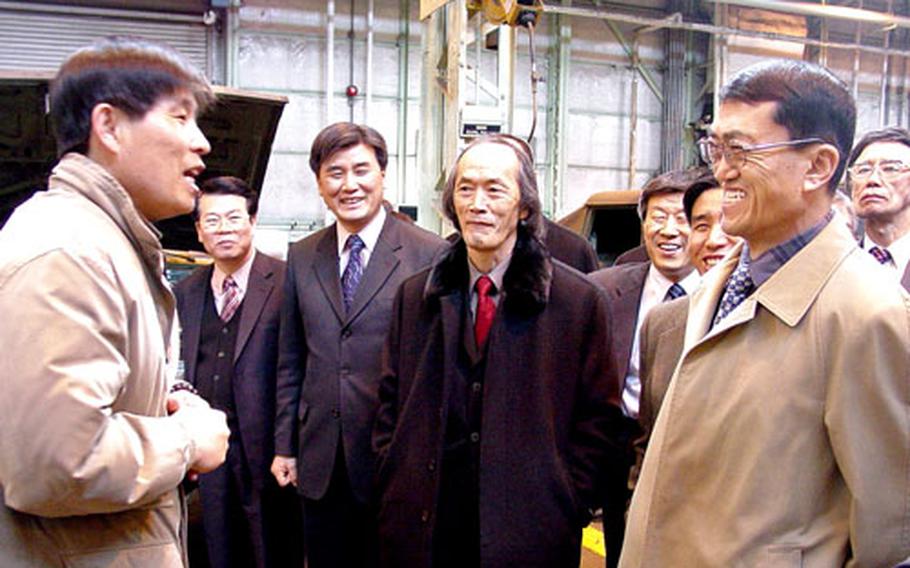 While contact between the Army and local clergy is not new, officials at the Area IV Support Activity said they want to begin scheduling programs and other events on a more regular, systematic basis. The support activity, headquartered at Camp Henry, covers Army installations in Daegu, Waegwan and Busan.

The visit began with a briefing for ministers on the mission of Camp Carroll, a sprawling logistics base in Chilgok County. It also included a driving tour of the post for a look at key facilities, including the commissary and post exchange.

Among several stops were one at the gym and another at the Materiel Support Center-Korea&#8217;s heavy equipment division, where tactical vehicles and other military hardware are repaired. And they dined at an Army chow hall.

Plumley said, &#8220;For Camp Carroll, that is going to become part of our program in some capacity. I want to establish &#8230; a group type of relationship between our chaplain&#8217;s office and the Chilgok County Christian Association.&#8221;

That could include the chaplain visiting South Korean worship services and local pastors being invited to on-post chapel events, Plumley said.

Camp Carroll also probably will invite the county Christian Association&#8217;s president to join the post&#8217;s Commander&#8217;s Advisory Council. It consists of about a dozen post officials and 12 members of the outlying community, who look at how each community can assist the other, Pak said.

Area IV spokesman Kevin Jackson said the support activity likely will adopt a similar approach at its other installations in the region.