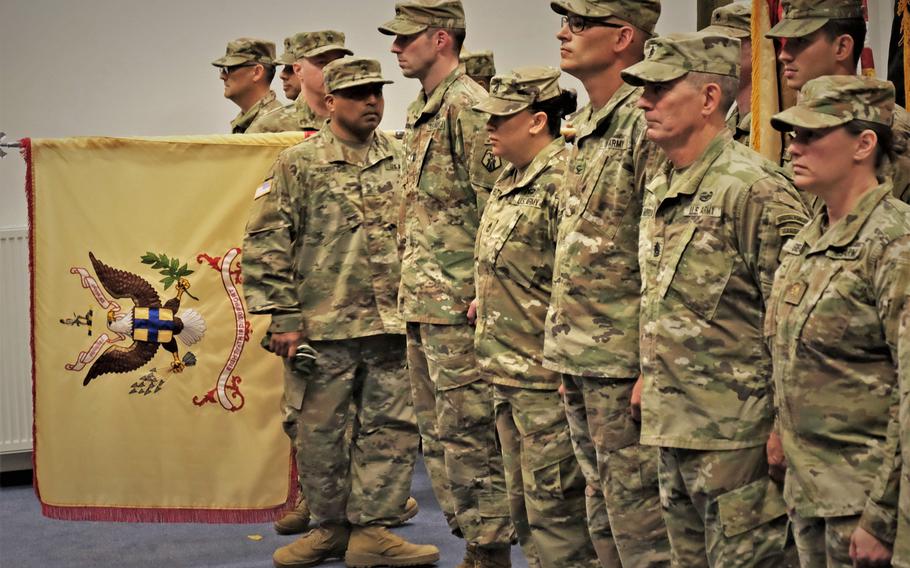 KAISERSLAUTERN, Germany — The Army Reserve activated seven new units this week, including a regional support group capable of supporting thousands of soldiers such as those in Poland, where troops are deployed to deter Russian activities.

“It’s becoming increasingly clear that our Army Reserve units and Soldiers in Europe are indispensable to the security posture to European Command, NATO and United States Army Europe,” Thomson was quoted as saying in an Army statement.

Several existing 7th MSC units will be aligned under the 510th RSG to support both U.S. European Command and U.S. Army Europe.

The 510th is the only forward-stationed regional support group “organic to” USAEUR, the Army said. It has been staffing up in preparation for activation since late 2017 and is expected to oversee nearly a dozen units.

The brigade-level command and headquarters can support base camp operations for 6,000 or more soldiers in-theater, such as the more than 4,500 troops deployed on a rotational basis at about half a dozen bases in Poland, the Army said.

The 406th Human Resource Company was inactivated, the statement said.