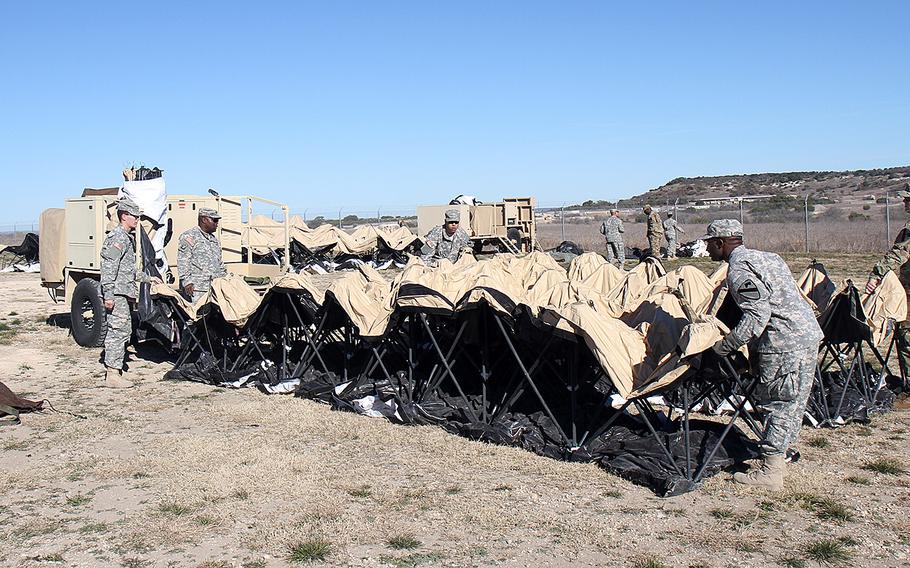 WASHINGTON — About 500 1st Cavalry Division soldiers will deploy late this summer to Afghanistan in a regular rotation of troops to help train the Afghan military, the Army announced Tuesday.

The deploying soldiers are part of the Fort Hood division’s headquarters and its sustainment brigade headquarters, said Lt. Col. Sunset Belinsky, the division’s spokeswoman. They will deploy to Bagram Airfield in eastern Afghanistan and replace the 10th Mountain Division headquarters, which has served as the planning leader for U.S. Forces-Afghanistan since November.

Maj. Gen. John C. Thomson III, who took command of the 1st Cavalry Division in January, will lead the deployment, taking over duties as the U.S. deputy commanding general for support in Afghanistan.

The 1st Cavalry soldiers will join about 1,000 other Fort Hood troops expected to deploy to Afghanistan in the coming months. The Army announced earlier this month that about ¼ of Fort Hood’s 3rd Cavalry Regiment had been tapped to spend about nine months training Afghan security forces.

The rotations comes as the United States considers its future force in the country where American troops have been at war for nearly 15 years. About 9,800 American servicemembers are deployed to Afghanistan now. By the end of 2016, that would drop to 5,500 under a White House plan.

The new top American commander in Afghanistan, Army Gen. John W. “Mick” Nicholson who took command this month, is in the early stages of evaluating American forces in the country. He has vowed to make a recommendation to President Barack Obama on the ideal troop strength within his first 90 days of command.