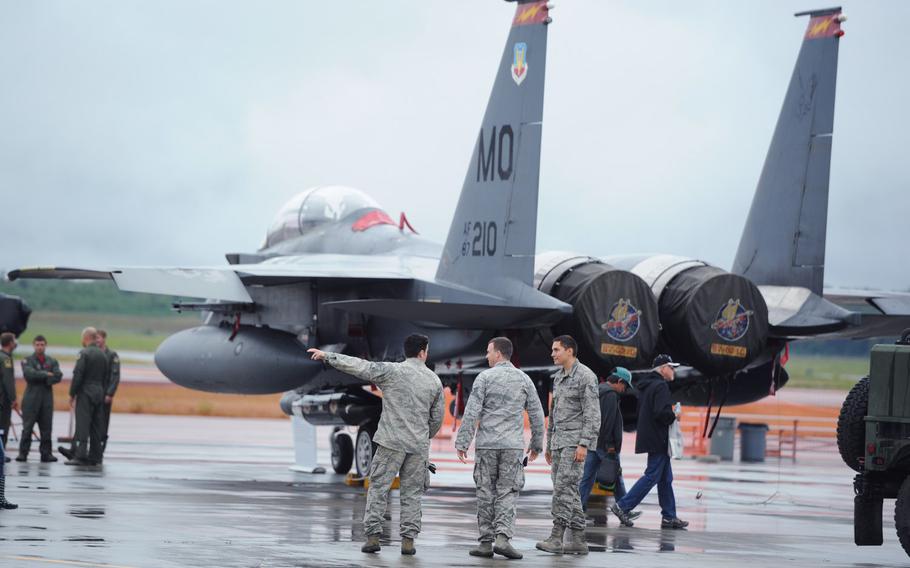 This article has been updated.

WASHINGTON — The Air Force is going to implement “sweeping changes” to its evaluation and promotion systems for enlisted airmen, the service announced Thursday.

“This is the most comprehensive update to enlisted evaluations and promotions in nearly 45 years,” Chief Master Sgt. of the Air Force James Cody said in a press release announcing the overhaul.

The changes come at a time when the Air Force is planning to shed tens of thousands of positions during the coming years, and service leaders want to ensure they are promoting the best performers.

Significant modifications will be made to the Weighted Airman Promotion System. Instead of making WAPS calculations using an airman’s last five Enlisted Performance Reports, the new system will only use the three most recent EPRs.

The goal is to put greater emphasis on an airman’s most recent duty performance, according to the Air Force.

In addition, seniority will be phased out as a criteria for promotion. Overall EPR points for WAPS will increase while time-in-grade and time-in-service points will be reduced gradually over “the next few years” until they are eliminated.

The new system will be first be applied to the initial phase of a new master sergeant promotion process scheduled for September 2015.

“We want to make sure performance is the most important thing in every aspect of an Airman’s career, so the evaluation process is going to measure performance, and the promotion system is going to emphasize performance,” Secretary of the Air Force Deborah Lee James said in the press release.

In addition to WAPS changes, the Air Force plans to modify its performance reviews. New EPR forms similar to the recently introduced Airman Comprehensive Assessment will be introduced in May 2015 through March 2016.

To avoid score “inflation” and make the evaluation system more competitive, the service will change its Enlisted Evaluation System policy. Forced distribution rules will limit the number of top promotion recommendations a unit commander is authorized to give, and new regulations will also limit the number of stratifications a senior rater may assign.

Air Force leaders believe a change is needed because most airmen receive a top grade of “5” on their EPRs, which use a 1-5 assessment scale.

“Unfortunately, over time the system has become inflated and a great majority of Airmen have become a ‘firewall five,’ which makes it very difficult to differentiate our very best performers,” Air Force Chief of Staff Gen. Mark Welsh III said in the press release.

WAPS-related changes will only affect active-duty troops, but changes to EES will apply to the active duty, Reserve and Guard components.

The Air Force said it will provide additional information about each of the major program changes before implementation.