Secretary of the Air Force visits McConnell Air Force Base 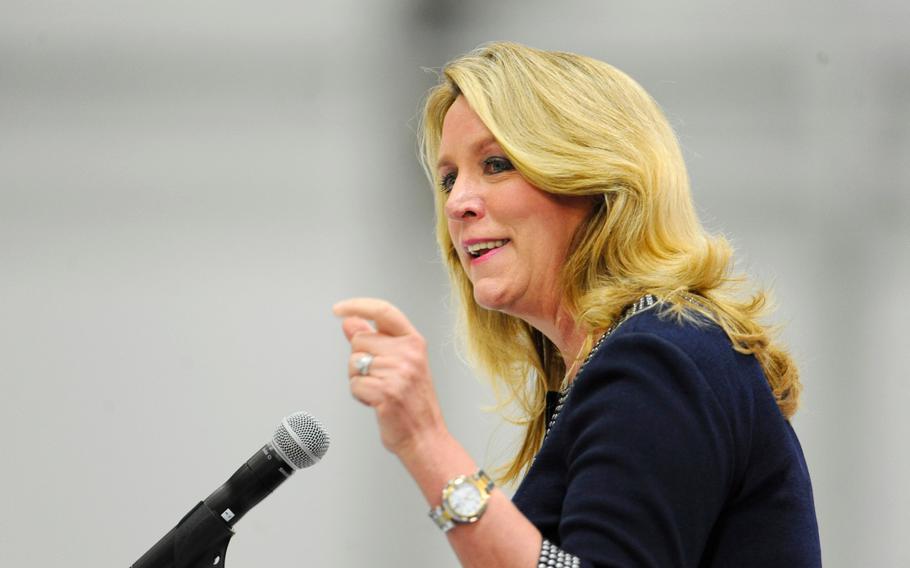 James visited McConnell on Friday with Sen. Jerry Moran to tour some of the $277.5 million in military base construction tied to the arrival of new KC-46A tankers.

The Wichita Eagle reports James called the base a "key location for us in the United States Air Force."

She spoke from the headquarters of the 184th Intelligence Wing, the Kansas Air National Guard component on base. James said the arrival of the KC-46 tankers, which are expected to start coming in August 2017, will add "an absolutely fantastic capability" to the Air Force.

It was her visit to McConnell since her 2013 appointment by President Obama.