Russian bombers fly within 8 miles of US airspace off Alaska, are intercepted by US F-22s 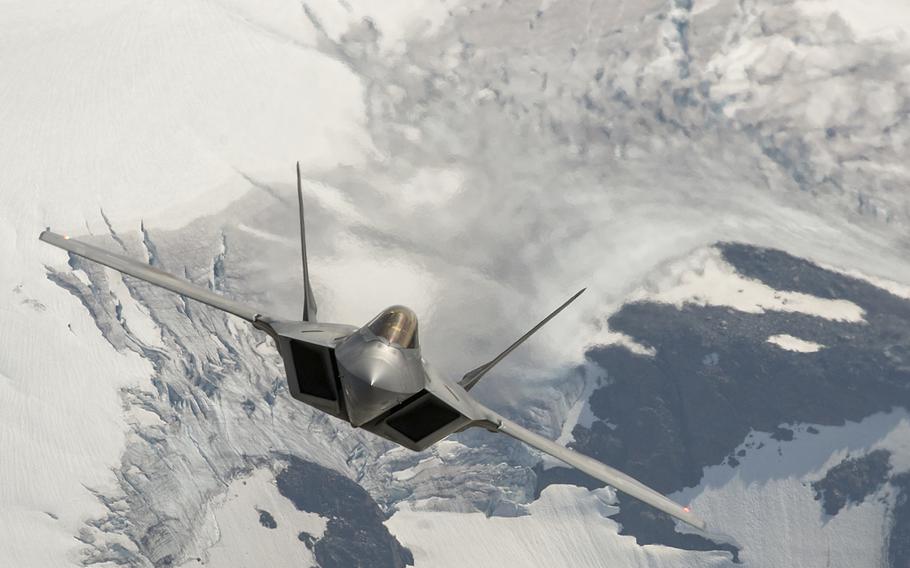 The first formation intercepted by the U.S. Raptor stealth fighters flew within 20 nautical miles of Alaska’s shore, bringing the Russian aircraft within 8 nautical miles of sovereign U.S. airspace, U.S. Northern Command said in a statement. While Russian military aircraft, including bombers and fighters, routinely fly near American airspace, the incident Wednesday marked the closest that NORTHCOM officials have acknowledged Russian planes have flown to U.S. territory in recent years.

Like the Russians, the U.S military regularly flies aircraft near Russian airspace on a variety of operations.

The F-22s scrambled Wednesday were supported during the interceptions by KC-135 Stratotankers and an E-3 Airborne Warning and Control aircraft, which are assigned to the homeland defense mission under the North American Aerospace Defense Command, a joint U.S.-Canadian operation that defends the airspace of both countries. The command is led by the U.S. NORTHCOM commander, Air Force Gen. Terrence J. O’Shaughnessy.

The interceptions showed the U.S. is prepared to defend its territory, O’Shaughnessy said in a statement. The commander previously said he expected Russian aircraft to test American air defenses as the country deals with the coronavirus pandemic.

“Flying air patrols protect the approaches to our nations and send a clear message we continue executing our homeland defense missions with the same capability and capacity we always bring to the fight,” O’Shaughnessy said Wednesday in the statement.

Russian military aircraft were intercepted by U.S. fighter jets off Alaska’s coast in incidents in March and April, as well, according to NORTHCOM. Aircraft flew within about 50 miles of the Alaskan coastline in both of those incidents.