For first time, an airman is named senior enlisted adviser to JCS chairman 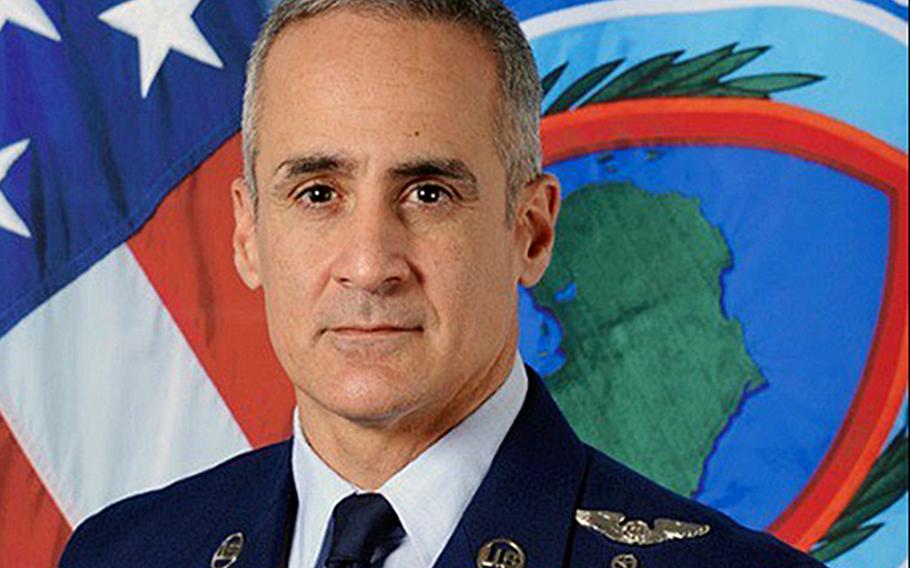 Air Force Chief Master Sgt. Ramon Colon-Lopez will be the next senior enlisted adviser to the chairman of the Joint Chiefs of Staff, defense officials said Wednesday.

“Our brothers and sisters in service are in the best hands possible with our newest Senior Enlisted Adviser to the Chairman,” said Chief Master Sgt. of the Air Force Kaleth O. Wright in a Facebook post. “I’m proud to say that Chief CZ, our SEAC #4, is a friend and an exceptional leader.”

Colon-Lopez, currently the senior enlisted leader for U.S. Africa Command, joined the Air Force in 1990 and served as an air traffic controller before becoming a pararescueman. He will replace Army Command Sgt. Maj. John W. Troxell, who has served as the SEAC since December 2015.

Troxell gained popularity among soldiers and on social media during his term for his straightforward messages. In January 2018 on Twitter, he told the Islamic State group that they needed to surrender or die, even if it meant beating them to death with shovels.

He was temporarily removed last year after an investigation by the Army Inspector General found that he improperly used military personnel to carry out tasks and improperly endorsed commercial fitness and nutrition products on military social media accounts.

Troxell was reinstated in March after Marine Gen. Joseph Dunford, then chairman of the Joint Chiefs of Staff, said he had weighed the gravity of the ethics violations against Troxell’s 37 years of military service, which included five combat tours.

Colon-Lopez will be the first airman to serve in the position. His awards include the Defense Superior Service Medal, Legion of Merit and two Bronze Star Medals with Valor, according to his biography.

The SEAC is appointed by the chairman of the Joint Chiefs of Staff to serve as an adviser to the Joint Chiefs and the secretary of defense on all matters involving joint and combined total force integration, utilization, health of the force and joint development for enlisted personnel.