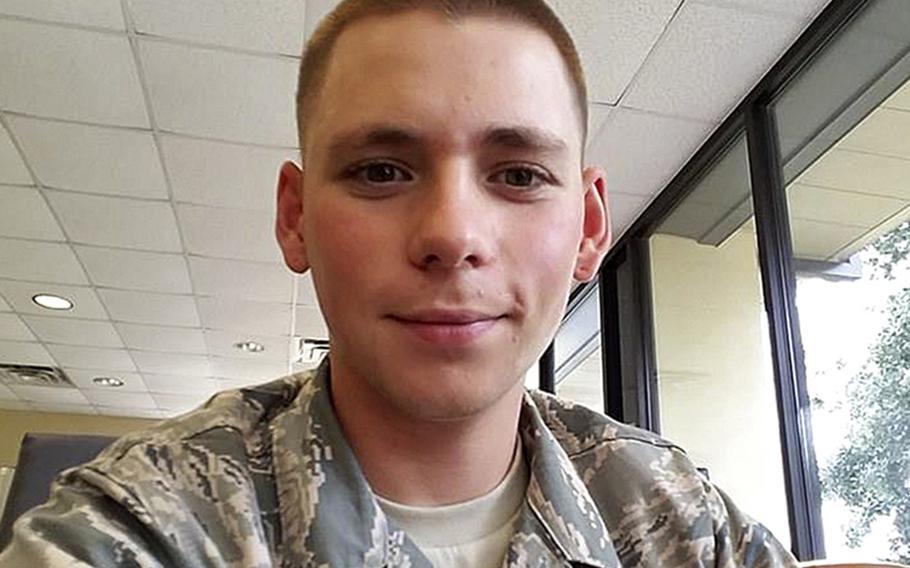 Airman Alexander L. Driskill, formerly assigned to the 31st Fighter Wing at Aviano Air Base, Italy, seen here in a 2016 photo from his Facebook page, was found guilty on Nov. 5, 2019, at Buckley Air Force Base, Colo., of sexually assaulting a child and possessing and viewing obscene images. Driskill is serving a 40-year jail term for the offenses. (Facebook)

AVIANO AIR BASE, Italy — An airman found guilty of sexually assaulting a child multiple times over a 17-month period while stationed at Aviano received a 40-year prison sentence, an Air Force official said this week.

Airman Alexander L. Driskill was found guilty by a military jury of sexually assaulting a child under the age of 12, 31st Fighter Wing spokeswoman Maj. Sarah Babcock said in a statement.

Driskill was originally arrested and charged for viewing the obscene images. The sexual assault charge was added last year after a dentist found that Driskill’s victim had a sexually transmitted infection that Driskill also had, according to testimony. A therapist confirmed that the child had been sexually abused.

Witnesses at his court-martial said Driskill told them that his obsession with the animation led him to fantasize about and objectify very young girls.

His case, which began in Aviano with just the pornography charges, was moved to Buckley Air Force Base, Colo., last year at the request of Driskill’s legal team.